Nissan has opened the order books for its new electric SUV – the Ariya.

The Japanese carmaker revealed the Ariya in July 2020 but only now has it priced up.

Costing from £41,845, the model comes with two battery options: a 63kWh on the entry-level Advance spec, and an 87kWh on the three higher trims, called Evolve, e-4orce Evolve and e-4orce Performance.

The e-4orce models have all-wheel drive, so more performance, while the two-wheel-drive models prioritise achievable distance on a charge. The Evolve 87kWh has the longest with a claimed range of 310 miles – prices start at £51,090.

Nissan has ditched the CHAdeMO rapid-charging format used with the Leaf and e-NV200, instead fitting a CCS format socket that’s more widely used. The firm ha also fitted a 22kW on-board charger on all models apart from the Advance, where it’s an £895 option.

At 4,595mm, it’s shorter than the Model Y but longer than the Volvo and Nissan’s own Qashqai. 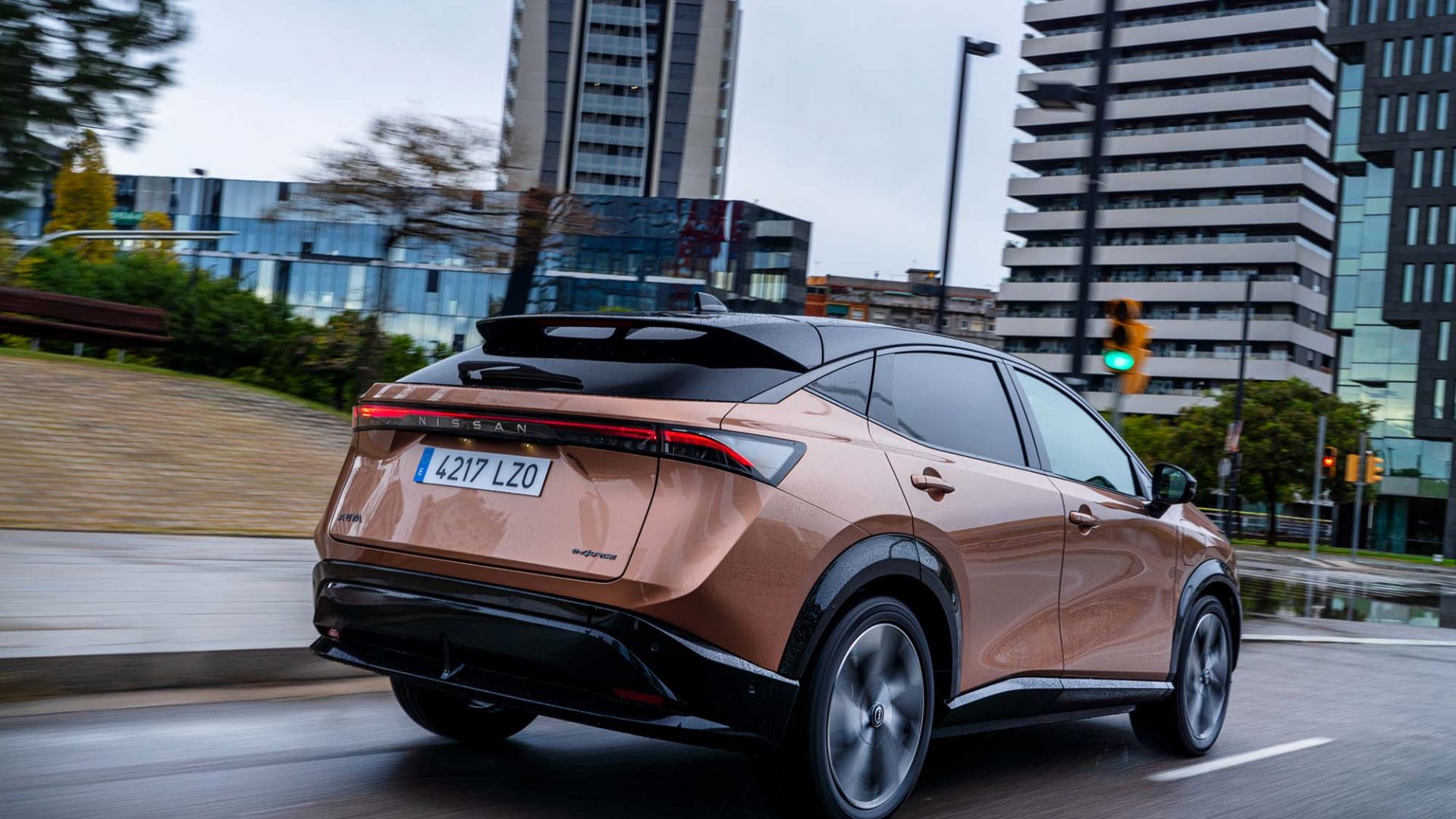 Andrew Humberstone, managing director of Nissan Motors GB, said: ‘We are thrilled to be opening orders for our 100 per cent electric crossover – the all-new Nissan Ariya.

‘This cutting-edge EV represents the confidence and dare-to-do ambition of the Nissan brand.

‘We’re taking over a decade of experience in leading the market with electric vehicles, and ensuring our customer-focused expertise and network capability delivers a model that’s as rewarding to own as it is to drive.’

Deliveries are expected to begin in summer 2022.