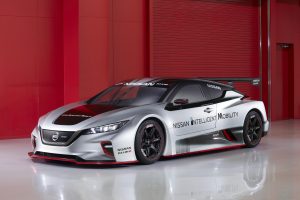 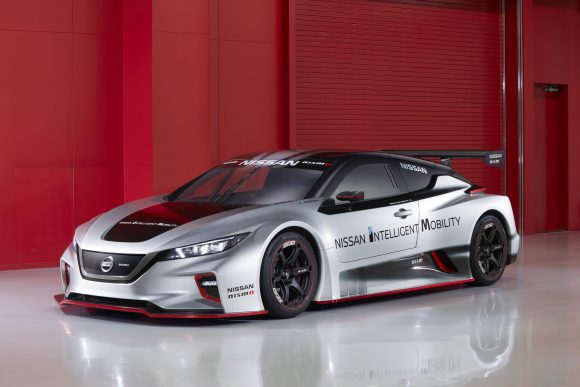 NISSAN’S motorsport arm, Nismo, has revealed an all-electric racer named the Leaf Nismo RC, which will make its public debut at the annual Nismo Festival at Fuji International Speedway, Japan, this week.

It’s (loosely) based on the standard Leaf and offers 322bhp and 640Nm of torque – capable of pushing it from 0-60mph in 3.2 seconds. That’s twice as fast as the previous race-tuned Leaf Nismo RC, launched in 2011.

Rather than being competitive or customer race cars, the Nismo RC is intended as a display of Nissan’s EV prowess – and as such will make demonstration runs at various events including Formula E race weekends.

The Nismo RC’s powertrain is based on the road version, albeit vastly more powerful. It’s also linked to all-wheel drive rather than the front-wheel drive of the standard Leaf.

Look past the vast arches and low nose and it’s actually possible to make out the shape of the regular Leaf underneath, but a carbonfibre monocoque construction and lightweight components mean it weighs just 1,220kg. The body itself is comprised of three sections for ease of repair, and features LED headlights and an adjustable rear wing.

The battery pack is located centrally, with inverters and motors placed over the front and rear tyres.

‘The all-new Leaf Nismo RC shows how we’re setting our sights even higher when it comes to raw power and performance – making electric vehicles even more exciting for customers,’ said Daniele Schillaci, Nissan’s head of marketing for sales and electric vehicles. ‘It’s our most thrilling expression yet of the philosophy of Nissan Intelligent Mobility.’

Just six Leaf Nismo RCs will be made, and unsurprisingly they won’t be available for the public to buy.