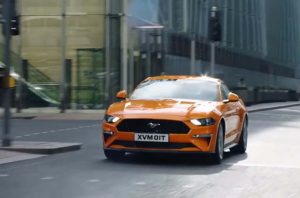 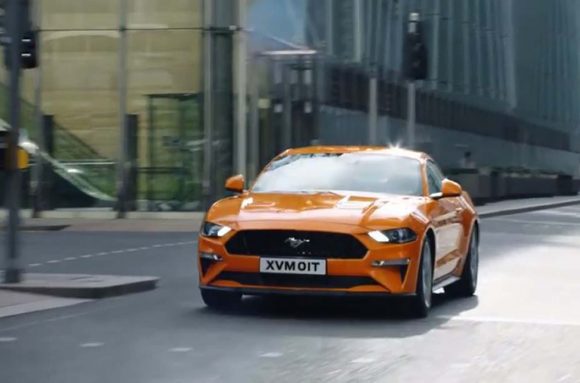 ADVERTS for Ford, Nissan and Fiat Chrysler have been banned for encouraging irresponsible driving.

Two ads for Ford, seen on the carmaker’s YouTube channel and in cinemas, featured a voice-over that quoted a famous Dylan Thomas poem, stating: ‘Do not go gentle into that good night, Old age should burn and rave at close of day; Rage, rage against the dying of the light.’

Twelve viewers complained that they depicted driving as a way of relieving anger.

Ford said the aim of its ad was to contrast the ‘everyday frustrations of work life with the freedom of driving a new Ford Mustang’, with viewers left to imagine how they would feel driving the car instead of experiencing the daily grind of office life.

It said the poem’s reference in the ads suggested that a Ford Mustang could be the antidote to a dull life.

However, the Advertising Standards Authority (ASA) said the ad showed the Mustang being driven in an ‘abrupt manner’ as on-screen text read ‘Don’t go quietly’ and characters were depicted releasing their anger while driving the car.

The watchdog said: ‘We therefore considered that the ads suggested that driving was a way of releasing anger, which put the driver, other motorists and pedestrians at risk.’

Ford said: ‘Our intent is never to encourage unsafe driving and, while care was taken during filming of the ad to show the car driving safely and at no point exceeding 15mph, we will no longer include the ad in our future marketing communications.’

A screenshot from the Nissan advert. Picture via the ASA

The watchdog also upheld a complaint about a television ad for Nissan, which showed a car veering into the left-hand lane before taking a hard left around a corner into an airport, and a separate complaint about a Fiat Chrysler ad that showed cars being driven at high speeds and racing.

Fiat Chrysler said the track running between high-rise buildings in its ad was designed to emulate the Hot Wheels children’s toy cars game and highlighted inventiveness and creativity rather than competitiveness.

Nissan said its ad aimed to demonstrate the intelligent technology and safety features of the Micra car, adding that it believed the benefit of the Micra’s safety feature was not exaggerated and the driver was at all times driving within the applicable speed limits. 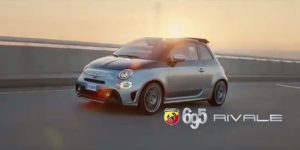 The ASA banned both ads, though, finding that Nissan’s ad implied the character had increased the speed of the vehicle because they were in a rush and Fiat portrayed the cars racing and being driven in a manner that condoned or encouraged unsafe or irresponsible driving.

A Nissan spokesman said: ‘We were very disappointed with the ruling made by the ASA, although of course we will respect their decision.

‘This advert showed the benefits of advanced safety technologies for drivers and included a depiction of pedestrian detection and Intelligent Emergency Braking.

‘Nissan does not condone or encourage irresponsible driving at any time.’

Main picture is a screenshot from one of the Ford Mustang adverts. Picture via the ASA