TODAY’s pledge by Nissan to keep manufacturing at its Sunderland plant and bring more work there despite Britain voting to leave the EU has had a widespread positive reaction from the prime minister downwards.

The news, which will secure thousands of jobs, is the first major UK automotive decision since the Brexit vote in June. Nissan boss Carlos Ghosn went to Downing Street earlier this month for crunch talks with Theresa May.

Ghosn said today that the manufacturer could make the production decision because of ‘support and assurances’ from the government. He welcomed Mrs May’s ‘commitment to the automotive industry’ and to the ‘development of an overall industrial strategy’.

Keeping Nissan in the UK was regarded as vital to Mrs May’s hopes for a successful Brexit. She described the announcement as ‘fantastic news for the UK’ and said ‘families across the north-east will be delighted’.

She added: ‘It is a recognition that the government is committed to creating and supporting the right conditions for the automotive industry so it continues to grow – now and in the future.

‘This vote of confidence shows Britain is open for business and that we remain an outward-looking, world-leading nation.’

Nissan is part-owned by French manufacturer Renault, which had raised concerns that production could be moved to France to avoid any tariffs which might be introduced on exports to the EU if the UK leaves the single market in a so-called “hard Brexit”. 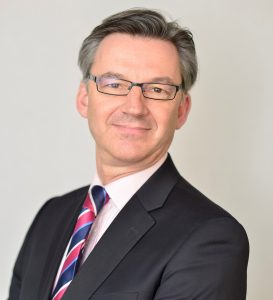 ‘To secure this position, however, we need government to provide public assurance to investors that our advantages will be maintained – namely, a competitive business environment, the ability to recruit talent from abroad and the continuation of all the benefits of the single market as we leave the EU.’

Keith Brock, managing director at Wessex Garages, which has four Nissan dealerships in the south-west of England and Wales, said: ‘This is fantastic news for the UK economy and will give many people some much-needed reassurance after the Brexit vote.

‘This is the first major development for the car industry since the referendum. It also shows a huge commitment from Nissan to its workforce in the north of England, as the decision will secure 7,000 jobs, and its continued investment and confidence in doing business in Britain.’

An unnamed source told Reuters that Nissan had been given a written commitment of extra support by Britain if Brexit reduced the competitiveness of the Sunderland plant, so long as there were new production investments by the Japanese carmaker. Reuters said that according to the source, as well as unconditional investment aid the government had vowed to offer more relief if the Brexit terms resulted in the plant’s performance being harmed. However, Colin Lawther, Nissan’s senior vice-president for manufacturing in Europe, denied there had been a special deal for the company.

On SuperUnleaded.com: The Chevrolet Camaro ZL1 Is Faster Than Some Supercars On The Nurburgring