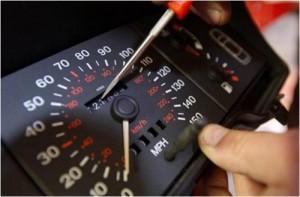 THE number of ‘clocked’ cars on UK roads increased by three per cent in 2013, says HPI.

The company says the practice of clocking a car – adjusting the mileage reading to make it worth more – has been around for a number of years, and was in fact made easier with the introduction of digital odometers as well as a surge in the number of so-called ‘mileage correction firms’ popping up.

However, in recent years, HPI had seen a drop in the number of mileage discrepancies uncovered by consumer checks, which was a positive sign that consumer vigilance might be winning the fight against the clockers.

But hopes have now been dashed with these latest statistics – based the SMMT’s used car sales figures for 2013, HPI estimates there could be as many as 486,000 vehicles with a false mileage on the road in the UK.

Shane Teskey, senior consumer services manager for www.hpicheck.com, said: ‘These are really shocking statistics and represent a worrying trend. Dodgy sellers will take advantage of any angle they can when offloading a car and clocking is one of the easiest ways they can make a fatter profit. In fact, research we conducted with CAP last year found that popular models such the VW Golf can double in value if they have 60,000 miles wound down.

‘But it’s not just an issue of money with clocked cars, there is also a safety concern. Any vehicle that has done a lot more miles than the owner realises could have components that have been excessively worn, even if it looks okay to the naked eye. Plus these cars are likely to have missed out on their scheduled servicing, meaning a mechanic missing vital signs of wear and tear.’