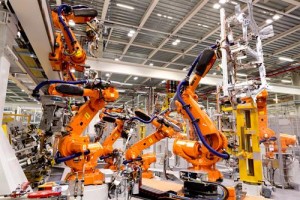 CAR output rose by 17.4 per cent to 160,854 units in October, recording the largest monthly increase in UK car manufacturing this year.

While manufacturing for the home market is up significantly at 52.4 per cent, export growth also remains strong at 11.4 per cent, with approximately 50 per cent of UK exports going to Europe.

‘More than 15 brands build 50-plus models of car across the UK with volume and niche offerings providing a wealth of choice for our home and export markets. With European demand showing early signs of recovery, we expect production to continue positively in the coming months.’