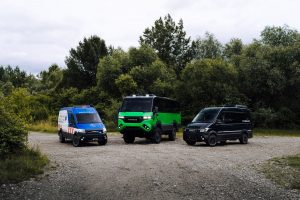 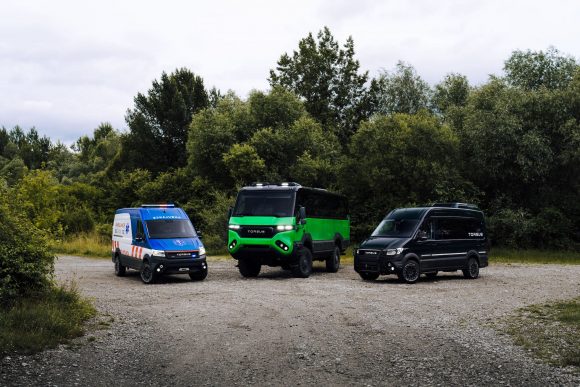 Off-road van firm Torsus on the hunt for UK dealers

Off-road specialist Torsus is looking for UK dealers to sell its wild 4×4 creations.

A relative newcomer to the world of recreation and leisure vehicles, the two-year-old Czech firm has already made a splash in Germany, Poland, Australia, Chile, Peru and Ukraine, but now wants to expand into the UK market.

The mad-looking Praetorian is primarily designed as a working vehicle (for mining, for example) and has been a success in Chile and Australia, while the smaller Terrastorm is aimed at both the commercial and leisure markets.

It’s the latter the Czech firm could see as being a hit in the UK and Western Europe. 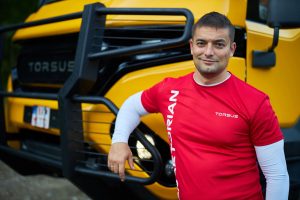 Vakhtang Dzhukashvili (pictured above) is the enthusiastic Ukranian behind these apocalyptic machines and CEO of Torsus, along with his wife Yulia Khomych, who looks after the legal and strategy side of things.

The pair also run it alongside a sibling firm called Pulsar Expo, which provides a range of vehicles to agencies and NGOs like the UN and Red Cross, and have 100 staff across the two businesses.

Speaking to Car Dealer, Dzhukashvili tells us of his hopes to expand the firm into the UK.

‘Our main aim for 2021 and 2022 is to develop our dealer network,’ he said. ‘So we’ve considered the qualities for mass production, we’ve achieved certification which allows us to sell machinery everywhere.

‘We want to build a distributor network in the UK and this is what we’re assessing because we have quite a lot of requests in the UK for the private camping business as well as adventuring.

‘We see the demand for the moment, we have one customer that’s in deep communication with us. We hope that at least in the near future we will have right-hand-drive models available.’ 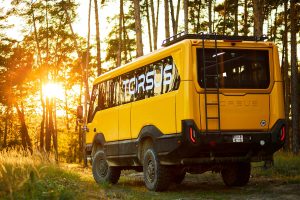 Dzhukashvili said right-hand-drive isn’t difficult given the company has a notable footprint in Australia.

It’s not just leisure vehicles, though, that Torsus targets, with the company happy to modify models to meet its customers’ needs – ambulances and even conventional vans have also been produced.

‘As we’re small we have this luxury to be fast and rapid to change, and if we have the feedback from the customer that they don’t like something and want something improving, we can consider the change and actually enjoy doing this,’ Dzhukashvili said.

‘Because, ultimately, the customers pay for the vehicle, so we need to make sure it fits their needs.’

Dzhukashvili isn’t worried about Brexit, either.

‘I’m Ukrainian so I know what borders are like, and that’s why I’m a globalist,’ he said. ‘Brexit might have some impact, but it’s not heavy.

‘It makes it more complicated but it doesn’t cancel the opportunity to collaborate and I think it’s manageable from my perspective. People in business will always find each other, that’s for sure.’