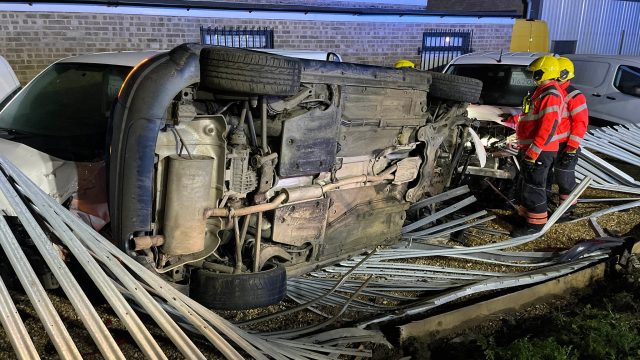 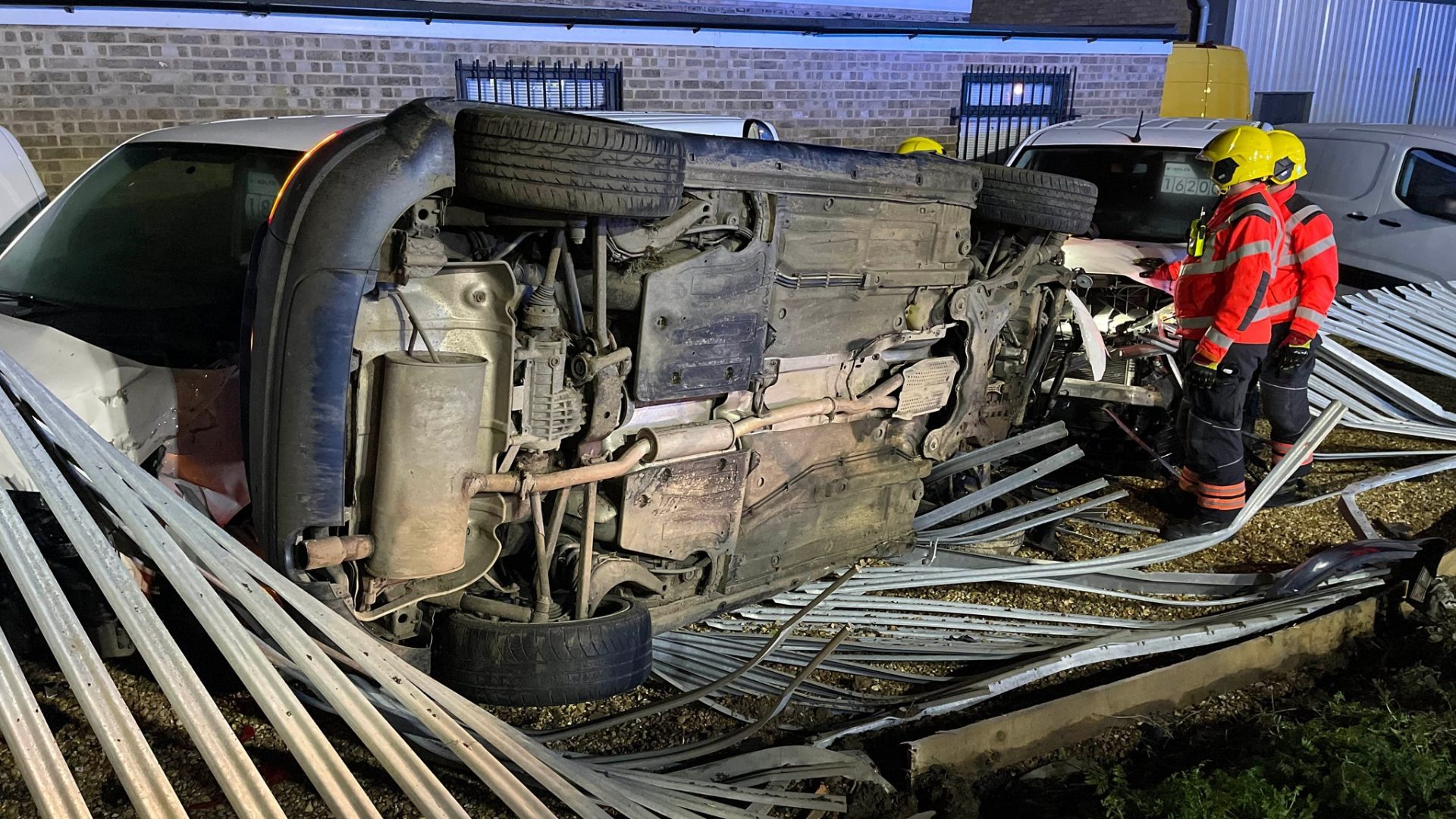 Police have launched an investigation after a car careered off the road and smashed into a row of vans parked at a second-hand dealership.

The vehicle is said to have shattered a metal fence before overturning and catapulting into the vans, worth thousands of pounds.

The incident took place in Whittlesey in Cambridgeshire.

Officers rushed to the scene after receiving a call at around 8pm on the evening of March 7. The Fire and Rescue service also attended.

Pictures released by the police show the car lying on its side on top of the completely destroyed fence. 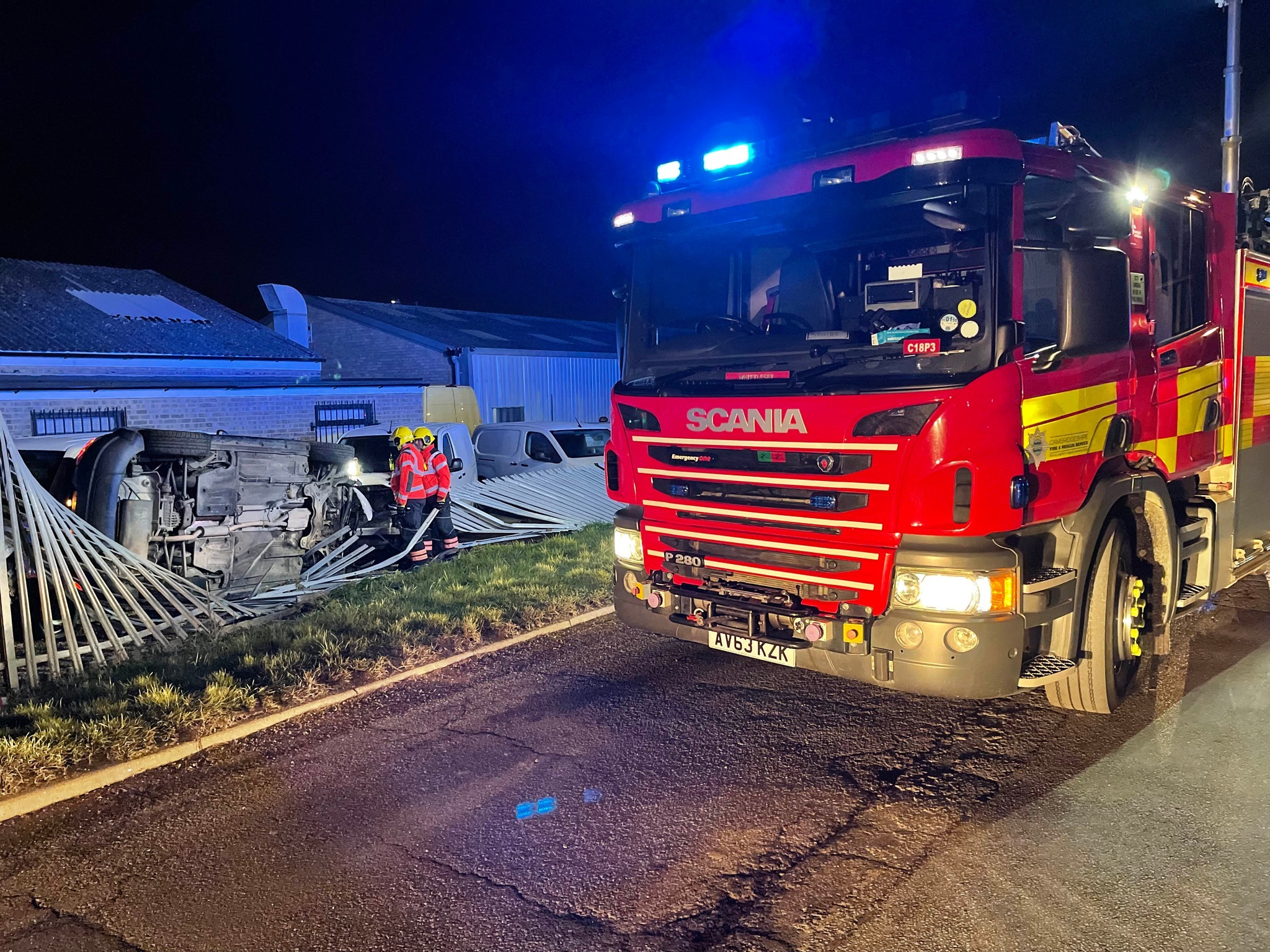 A spokesman for the force said:’Officers, along with Cambridgeshire Fire & Rescue, Rural Community Action Team and the BCH Dog Unit attended this single vehicle RTC on Station Road, Whittlesey.

‘The vehicle has been recovered and enquiries are ongoing into this collision.’

The driver of the car is not believed to have suffered any serious injuries in the collison. 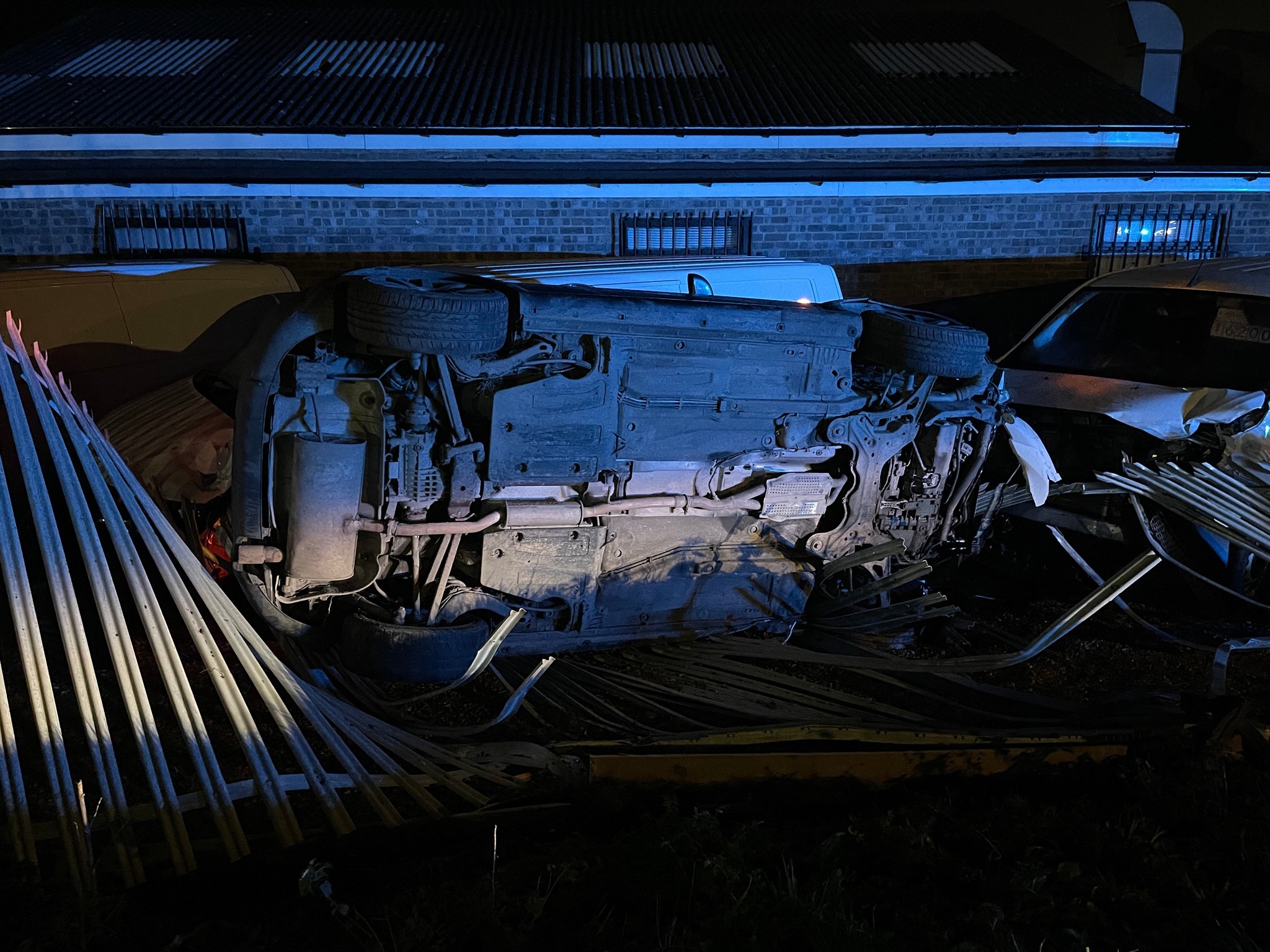