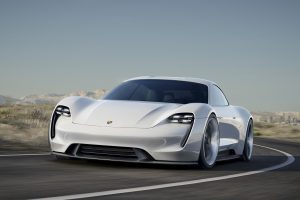 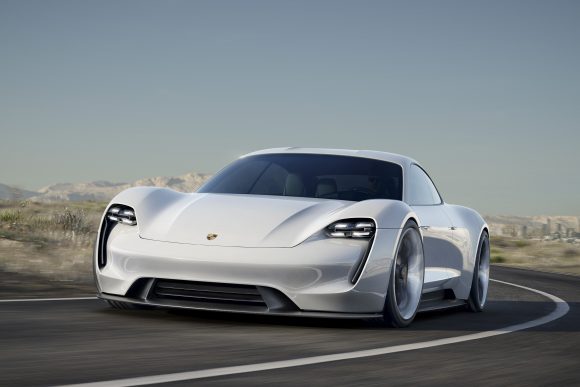 Porsche expects to sell 20,000 units a year of its first all-electric car

PORSCHE predicts its first all-electric sports car Mission-E will generate 20,000 sales a year globally when it is estimated to go on sale in 2019.

Deputy chairman of Porsche AG Uwe Hueck had already announced that the brand would need to produce 10,000 units a year to make a profit, but declined to reveal any sales targets.

However, in an interview with German automotive magazine Automobilwoche last week Porsche CEO Oliver Blume said: ‘We have calculated a quantity in the order of about 20,000 for the Mission E.’

The brand also hopes that the Tesla-rivalling car will create 1,400 new jobs to develop, build and sell it.

The Mission-E concept car was unveiled at the Frankfurt International Motor Show in September 2015. The four-door car with four individual seats has a system power output of more than 590bhp, meaning it will achieve both acceleration of 0 to 62mph in under 3.5 seconds and a range of more than 300 miles.

Charged using an 800V charger unit specially developed for the car, which is twice as powerful as today’s quick-charge systems, the lithium-ion batteries integrated within the vehicle floor have enough power again for 80 per cent of the range after just 15 minutes. The vehicle can optionally be ‘refuelled’ wirelessly by induction via a coil set into the garage floor.

On SuperUnleaded.com: Now You Can Own A Genuine Road-Legal F1 Car