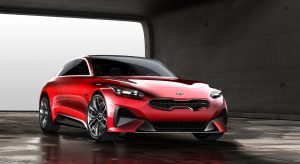 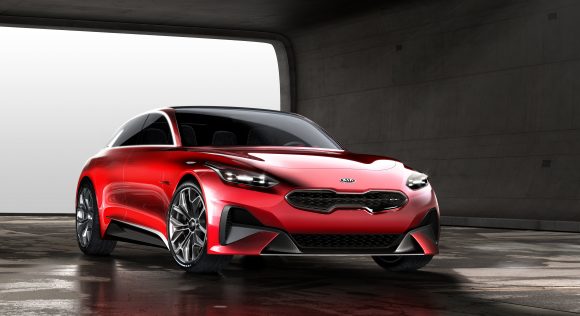 Proceed Concept grabs the limelight for Kia in Frankfurt

KIA has taken the wraps off its striking Proceed Concept at the Frankfurt Motor Show.

Making its debut alongside the new Stonic, Picanto X-Line and Sorento vehicles, the concept shows a possible future direction for the cee’d range.

A lack of B pillars, as well as an exaggerated waistline, give the concept ‘extended hot hatch styling’, while the interior is finished in ‘rippled black fabric’ that has been fitted by hand.

There has been no indication as to what powertrain the Proceed Concept uses. 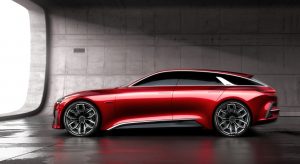 Paul Philpott, CEO and president of Kia Motors UK, said: ‘Cee’d was our first European car, the first to be built at our Slovakia plant and the first to come with our seven-year warranty.

‘It’s also very important to us because it’s our only European-only car and is the centre piece of Kia in Europe. The hatchback segment is shrinking and it is important that we do something to stand out in that market, like this.’

The appearance of the production model will be determined by public reaction to the concept car, although Philpott is hopeful the looks will stay similar.

‘This could be a very aspirational car for us,’ he said.

‘The Proceed Concept represents a bold new vision of how the vibrant soul of the Pro_cee’d could be reincarnated and revitalised for a new generation of performance-oriented drivers.’ 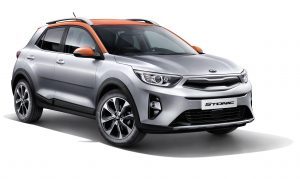 The Frankfurt show has also seen the world premiere of the new Kia Stonic compact crossover.

Coming as Kia’s entry into an ever-flourishing segment, the Stonic is available in up to 20 two-tone colour combinations, giving buyers a variety of customisation options.

It’s due to go on sale in the UK next month.

Kia’s new Picanto X-Line also made its public debut at the Frankfurt Motor Show today. Combining the compact dimensions of a city car with the rugged looks of a crossover, the car also features 15mm of raised ground clearance giving drivers a more commanding view of the road ahead.

The new Picanto X-Line will be available to UK buyers in the early part of 2018. 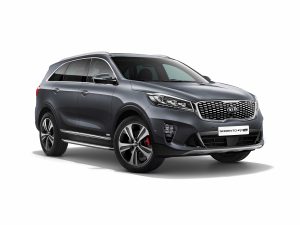 The updated Kia Sorento has also been revealed in its European specification, ahead of going on sale in the UK in early 2018.

Kia’s seven-seat flagship vehicle has been upgraded with a new eight-speed automatic transmission, as well as an updated infotainment system.

The South Korean manufacturer’s Stinger sports saloon also made its final motor show appearance before going on sale in the first part of 2018.

Available with a choice of three engines, it’s the most powerful Kia car ever built.

MORE: Frankfurt Motor Show 2017 – five to look out for

On SuperUnleaded.com: This guy must be one of the luckiest people alive