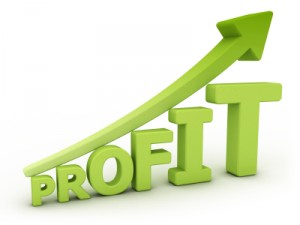 THE average UK motor dealer posted a profit of £98,900 for March, according to automotive solutions provider ASE.

This represents a 6.5 per cent increase on the year before and is the largest ever average monthly profit for UK dealers. This resulted in profitability for the quarter closing out eight per cent higher than the prior year.

In spite of this, however, ASE has seen a continued decline in return on sales compared to the prior year as a result of continued rise in turnover.

The company said: ‘We also saw a continued increase in new vehicle sales and dealer self-registrations. However we are pleased to note that in March this was much more heavily weighted to an increase in sales.

‘Whilst registrations rose by 5.4 per cent in the month, dealer new car retail and fleet sales rose by 4.6 per cent.

‘This marks a significant change from 2015 where the increase in registrations was matched with a slight decrease in dealer sales. There are undoubtedly still a significant number of self-registered vehicles in the market requiring disposal, however there is no evidence that this side of this issue is increasing out of control.

‘Used car retail sales also grew in March, albeit by a modest 2.8 per cent. There was, however, a nice increase in average used vehicle gross profits which rose to their highest standalone monthly level in two years.

‘Aftersales continued to improve steadily, if very slowly. We continue to see a creep upwards in overall labour efficiency and are now worried about whether dealers are training enough apprentices to cope with future demand.’

On SuperUnleaded.com: Farmer Gets Blocked In By Parked Car, Improvises With Tractor