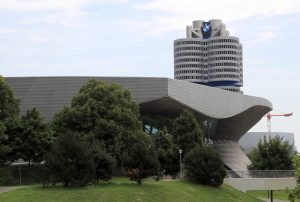 GERMAN prosecutors have raided two BMW Group sites in an investigation into suspected emissions cheating by the firm.

The company’s main headquarters in Munich and its engine plant in Steyr, Austria, were searched this week by public prosecutors, as it is suspected that around 11,400 diesel BMW vehicles have been fitted with devices to cheat emissions regulations.

Prosecutors said: ‘There is the initial suspicion that BMW has used a test bench-related defeat device.’

In the course of internal testing, the BMW Group realised that a correctly developed software module had been allocated in error to models for which it was not suited.

BMW confirmed that the searches took place but has denied any wrongdoing, saying some 750d and M550d models were mistakenly fitted with software designed for other uses. It has announced plans to recall all affected vehicles, which will be fitted with corrected software.

In a statement, the firm said: ‘In the course of internal testing, the BMW Group realised that a correctly developed software module had been allocated in error to models for which it was not suited.

‘Therefore, the BMW Group plans to recall 11,400 vehicles, for which corrected software will be made available as soon as it has been approved by the relevant authorities.’

‘The BMW Group continues to assume that the situation was caused by an incorrect allocation of the software and does not represent a deliberate attempt to manipulate exhaust emissions.’

There is the initial suspicion that BMW has used a test bench-related defeat device German prosecutors.

This is the latest in a series of various investigations into manufacturers potentially cheating emissions regulations, following the 2015 revelation that Volkswagen used devices in the US to skirt around tests on its diesel vehicles.

Cheat devices work by identifying when the tests are taking place and use various methods to control the pollution emitted during them.

MORE: VW boss: We will be part of the solution on diesel