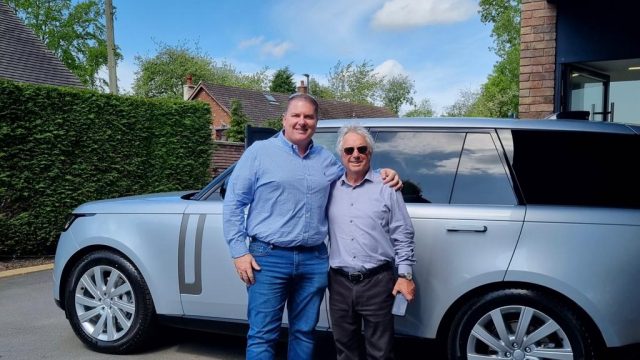 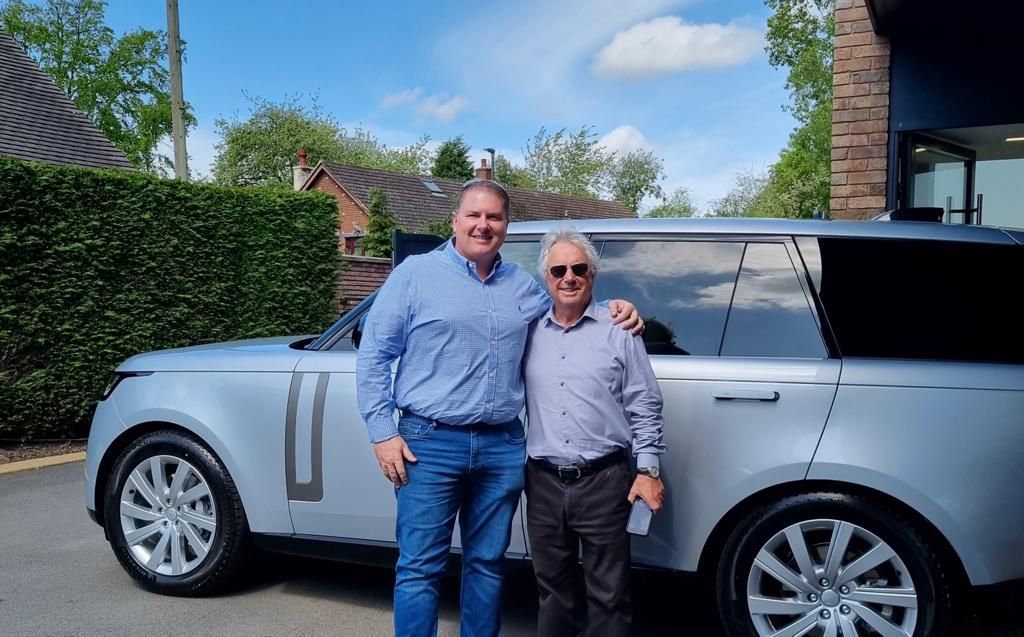 The new Range Rover is commanding a premium of tens of thousands of pounds over list price as desperate buyers look to jump a near-two-year waiting list.

Luxury car dealer Tom Hartley this week sold a 22-plate Range Rover for a £30,000 premium to a customer from Ireland.

Car manufacturers are desperately struggling with production issues caused by semiconductor chip shortages and parts delays caused by the war in Ukraine.

Land Rover said last week that it currently has 46,000 orders for the new Range Rover waiting to be fulfilled and is battling production delays caused by parts shortages.

Hartley, who sold the £130,000 Range Rover Vogue V8 Diesel within hours of buying it, said the new model was proving to be very popular.

He said: ‘We sold the car almost immediately after buying it and it’s the first to be traded in the UK.

‘The customer we bought it from had the order in for two years, but money talks and that sort of premium was too good for him to pass up.

‘I’m very keen to get more quickly as they are very much in demand.’

Hartley said the deal harked back to the very first he did as a 12-year-old when he sold a Range Rover in 1972 for a £250 premium.

He said: ‘The deal reminded me of the early days when I bought and sold the first new Range Rover. I bought it for a £150 premium and sold it for a £250 premium.’

New car production issues have seen the price of used cars rocket – on average by more than 30 per cent – as many buyers attempt to jump queues.

Hartley added: ‘We’ve seen premiums like this across the board.

‘Porsche is especially strong at the moment with physical cars, like those we have in stock, commanding similar premiums.’

Hartley has two Porsche 911 Turbo S models with just a few thousand miles on sale for £50,000 premiums over their list prices.

He added: ‘One of the best residual cars in the last decade has been the Lamborghini Urus – a guy who bought one five years ago for £180k would get his money back today.

When asked what the manufacturer thought of its cars being sold at a premium, Land Rover sales director Patrick McGillycuddy said: ‘Price premiums are frustrating for us as the customer isn’t getting the full Range Rover buying experience from our retailers.’

He added: ‘It’s quite a silly comment to believe that there’s any main dealer Range Rover showroom that can give the same experience of selling a Range Rover to a client as they’d experience at the iconic Hartley Estate.’

It isn’t the first time Hartley has been at odds with Jaguar Land Rover.

Hartley said a Land Rover main dealer also ‘refused’ to sell him a new version of the previous-generation model when he visited a showroom to buy one for his wife.