Home > Car News > Review: The Genesis G70 is a striking addition to the saloon car segment 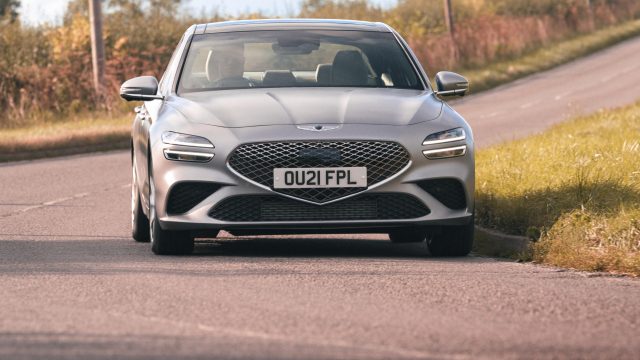 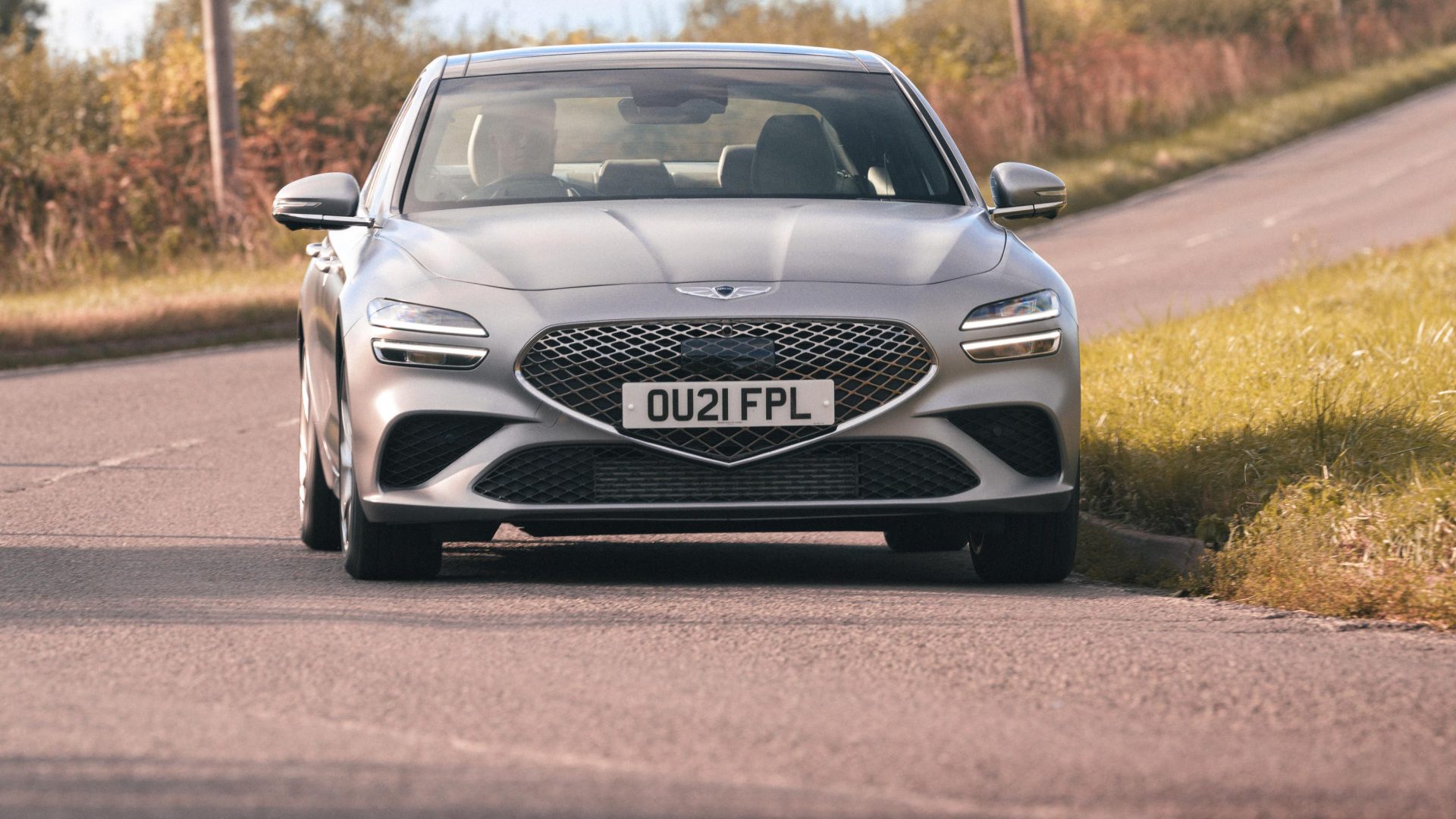 Review: The Genesis G70 is a striking addition to the saloon car segment

Genesis has finally come to the UK with the launch of the striking G70 saloon but does Hyundai’s luxury arm have what it takes to beat its more established rivals?

To find out, our man Jack Evans has been driving the new model to see whether it’s any good.

Genesis might be a new brand to the UK, but it’s already been trading in other markets around the globe for a little while now. So while it’s bringing shiny new models to this country, it’s also able to deliver cars that have already been proving popular elsewhere.

This brings us to the G70. It’s a car that has already been on sale in areas such as North America since 2017, but it’s been given a striking facelift to ensure its appeal on these shores.

Packed with equipment, it has been designed to take on the likes of BMW’s 3 Series and the Audi A4 but arrives with more of a focus on comfort. 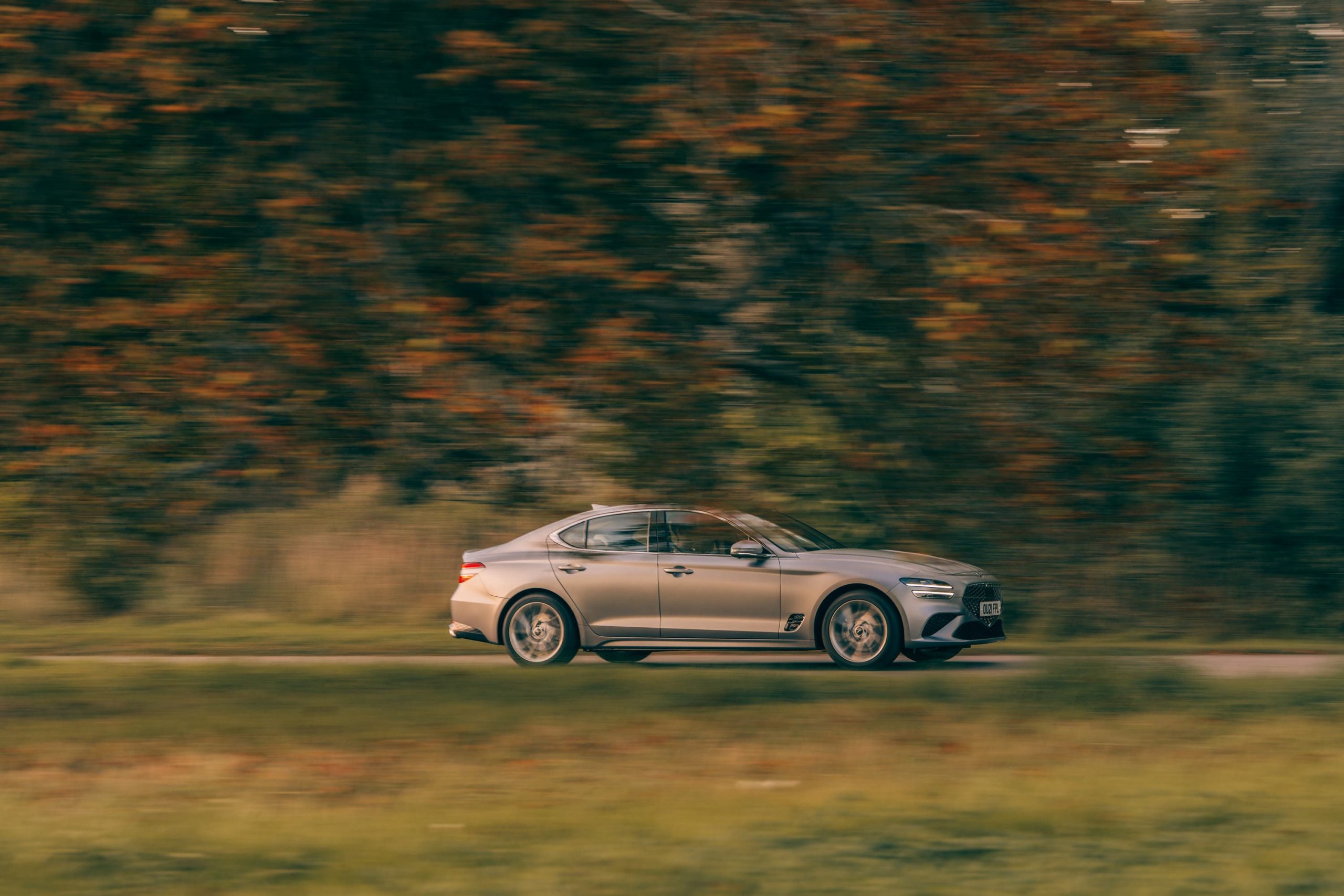 So as we’ve mentioned the G70 has already had quite the presence elsewhere. But for its first arrival in the UK, it has been spruced up with a sharper exterior design, bringing it closer into line with some of the firm’s newest models.

Sitting atop a platform shared with the Kia Stinger, the G70 occupies a smaller area of the saloon segment and is, in fact, the most compact saloon in the Genesis range.

But one of the key aspects of the whole Genesis experience is its five-year care plan. As part of this, you get a five-year warranty and servicing plan plus roadside assistance for that time too.

It’s a pretty all-encompassing set of measures that make those initial years of ownership even easier. 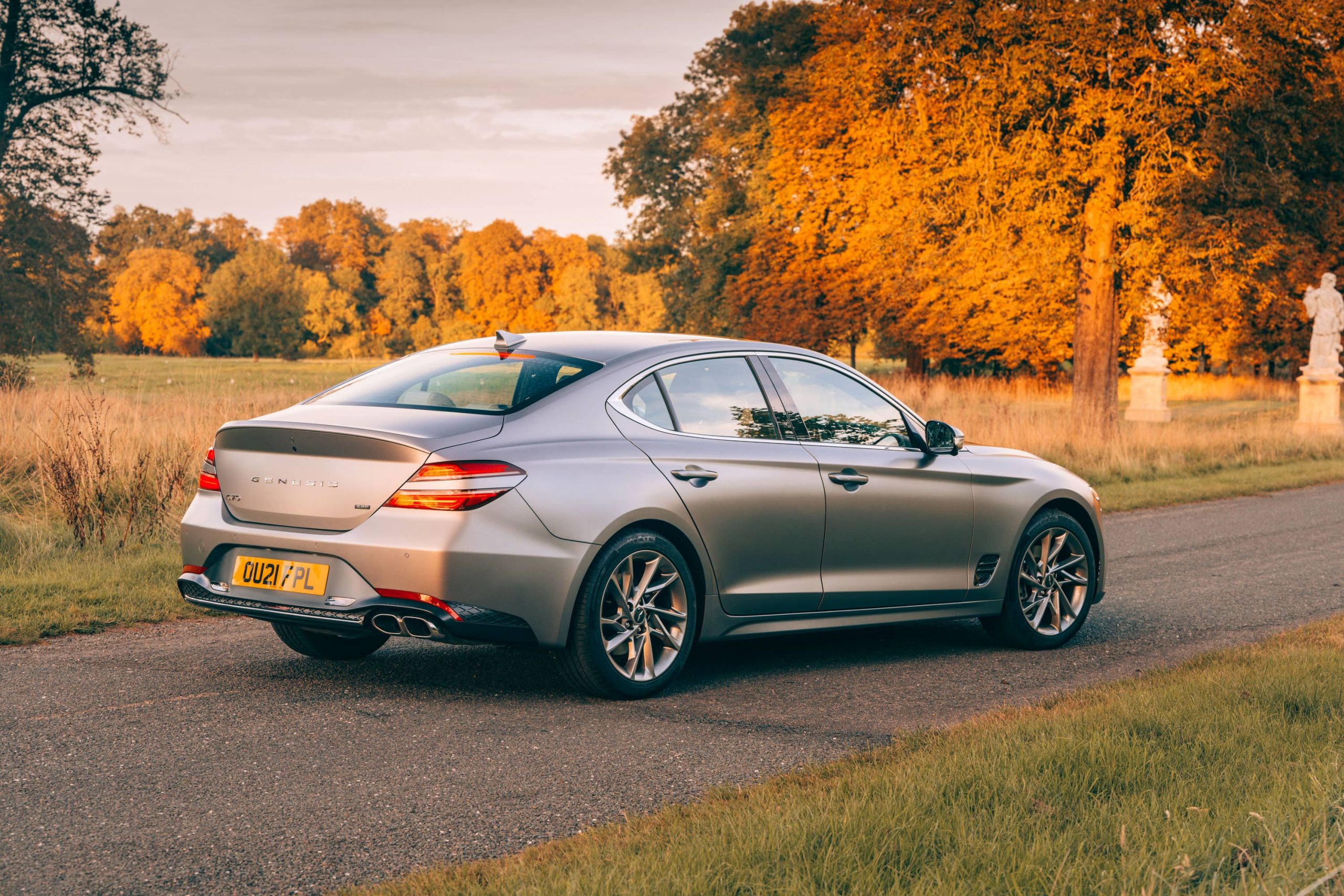 There are two engines on offer with the G70 – a diesel and this, a 2.0-litre turbocharged petrol unit.

A combined consumption figure of 34.4mpg isn’t the best in the segment, though CO2 emissions of 182g/km are about on the money.

Power is sent to the rear wheels – there are no all-wheel-drive versions available – via an eight-speed automatic gearbox. The G70 cannot be specified with a manual, either. 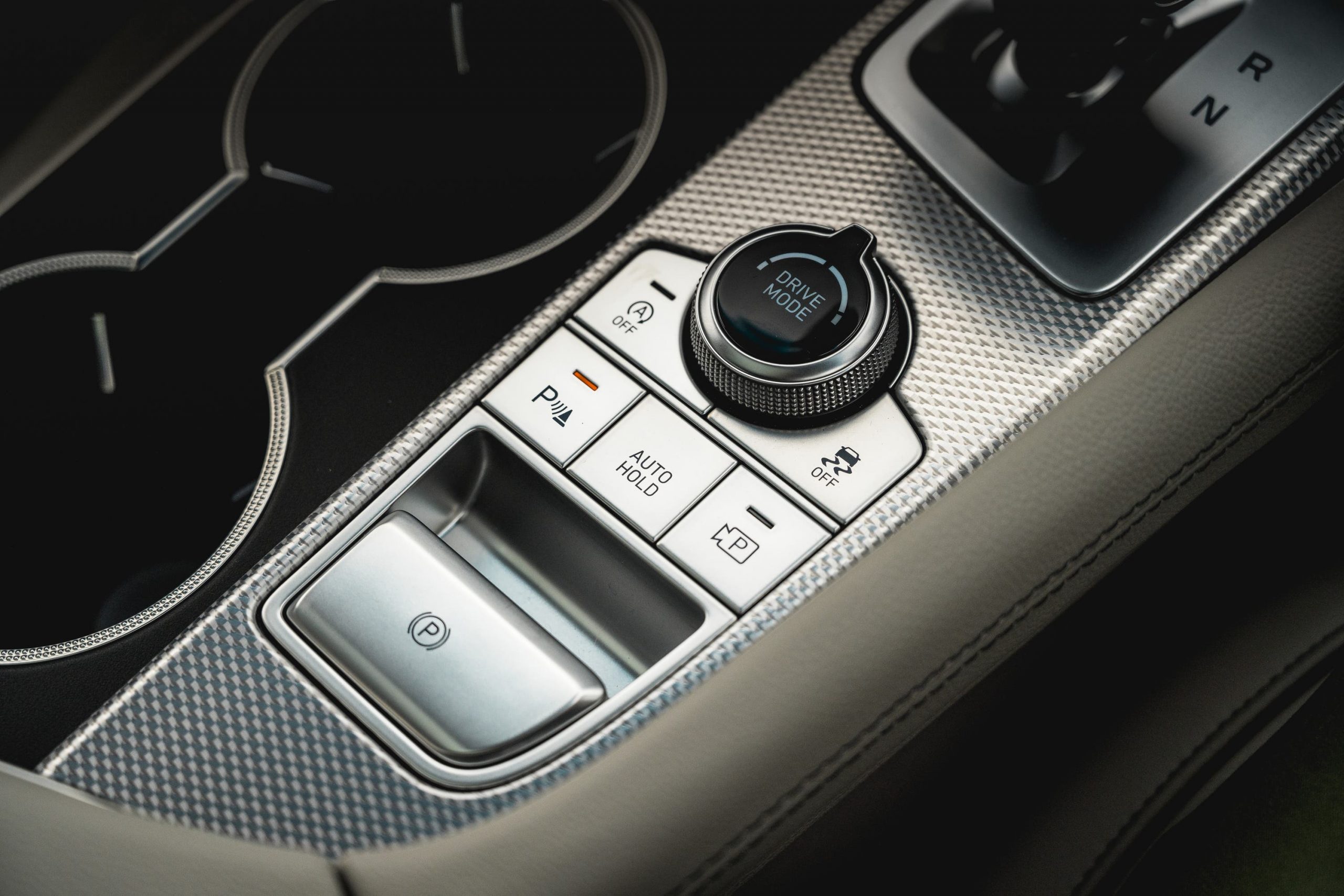 The seating position that you find yourself in when settled into the cabin of the G70 is a little higher than usual, so immediately things feel a touch out of place.

The engine pulls keenly and, though lacking in much excitement in terms of noise, actually brings a decent amount of performance.

But the combination of relatively quick steering and relaxed damping means that the G70 feels a bit mixed-up on UK roads, neither favouring dynamism or comfort.

Refinement levels are decent enough, mind you, save for some road noise over coarser surfaces.

It just feels as if the whole car isn’t quite sure what it wants to be – a fun-focused sports saloon or a comfortable cruiser.

That said, it does feel light and nimble, while the additional seat bolstering you get when switching the car into ‘Sport’ mode is a touch that helps to add a bit of theatre.

If you don’t rush the G70 it’s at its happiest; ask more of it and it feels a bit loose. 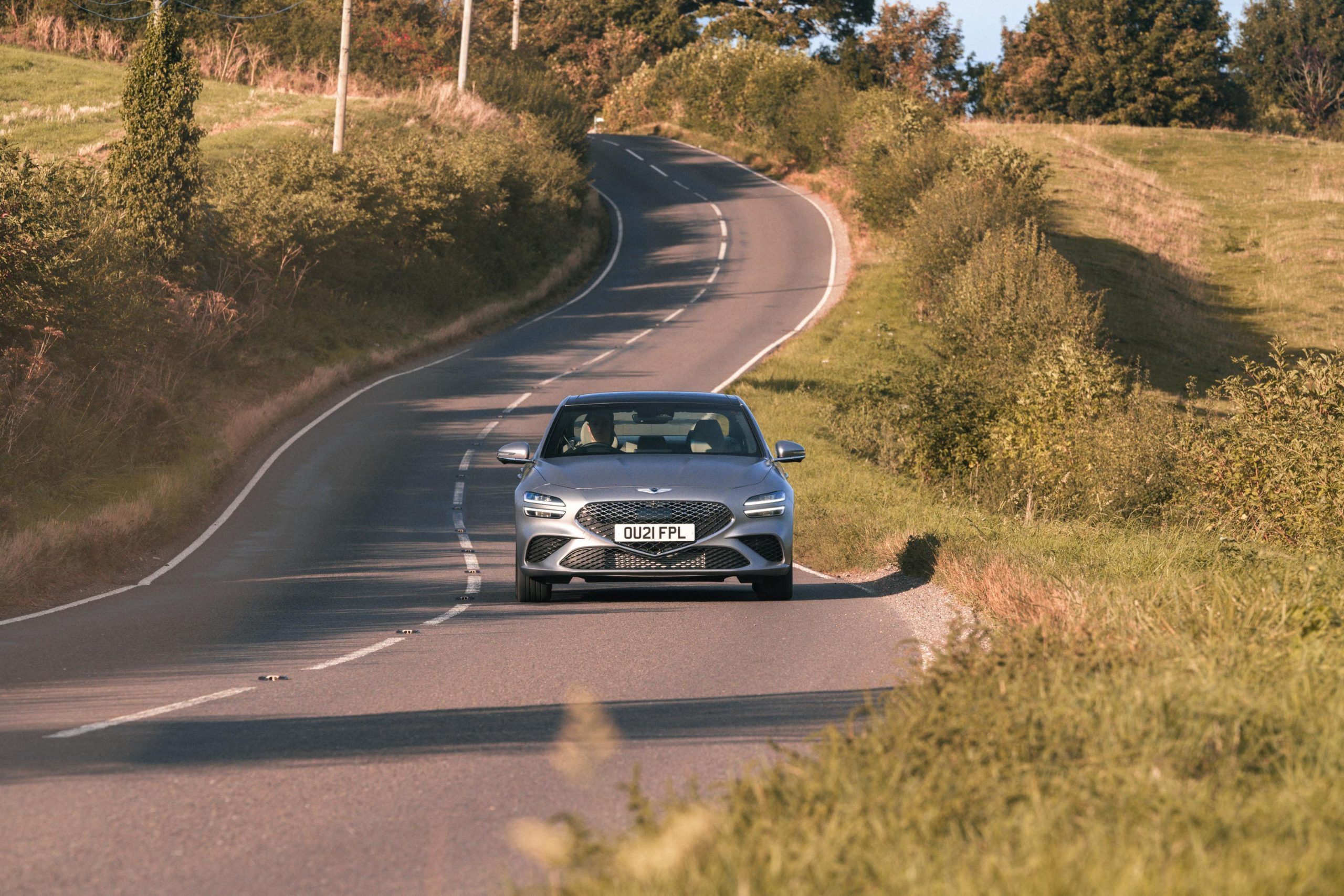 The compact saloon segment is a competitive one, so you do need to look a little different in order to stand out.

The G70 has, in our eyes at least, achieved this through an eye-catching design that incorporates a range of touches that you don’t tend to see on other models on sale today.

The split-style headlights are a great touch and these are mirrored at the rear with a similar design. Oh, and if you’re after an even sleeker-looking version of the G70, then a Shooting Brake version is due to hit UK roads shortly. 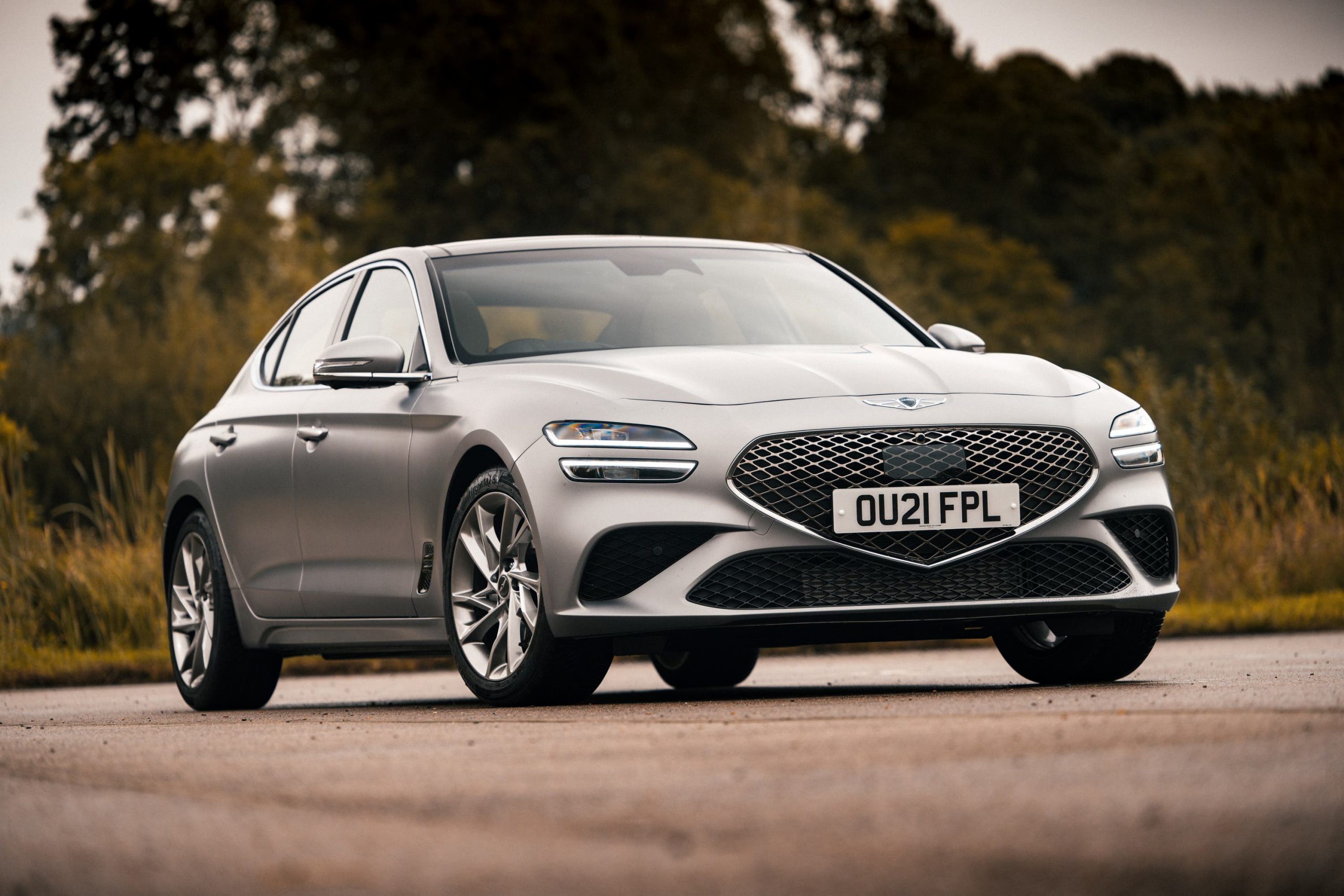 The cabin of the G70 is, like other Genesis models, finished to a high standard with plenty of plush materials used throughout. The seating position is, as mentioned, a little higher than we’d like, but the seats themselves are comfortable and well-bolstered. Our ‘Sport Line’ car benefitted from quilted leather on the chairs, too.

In the back, space does feel a little tight. With the driver’s seat put to its lowest level there’s not a lot of room for rear-seat passengers’ feet and this could make longer journeys a little uncomfortable. 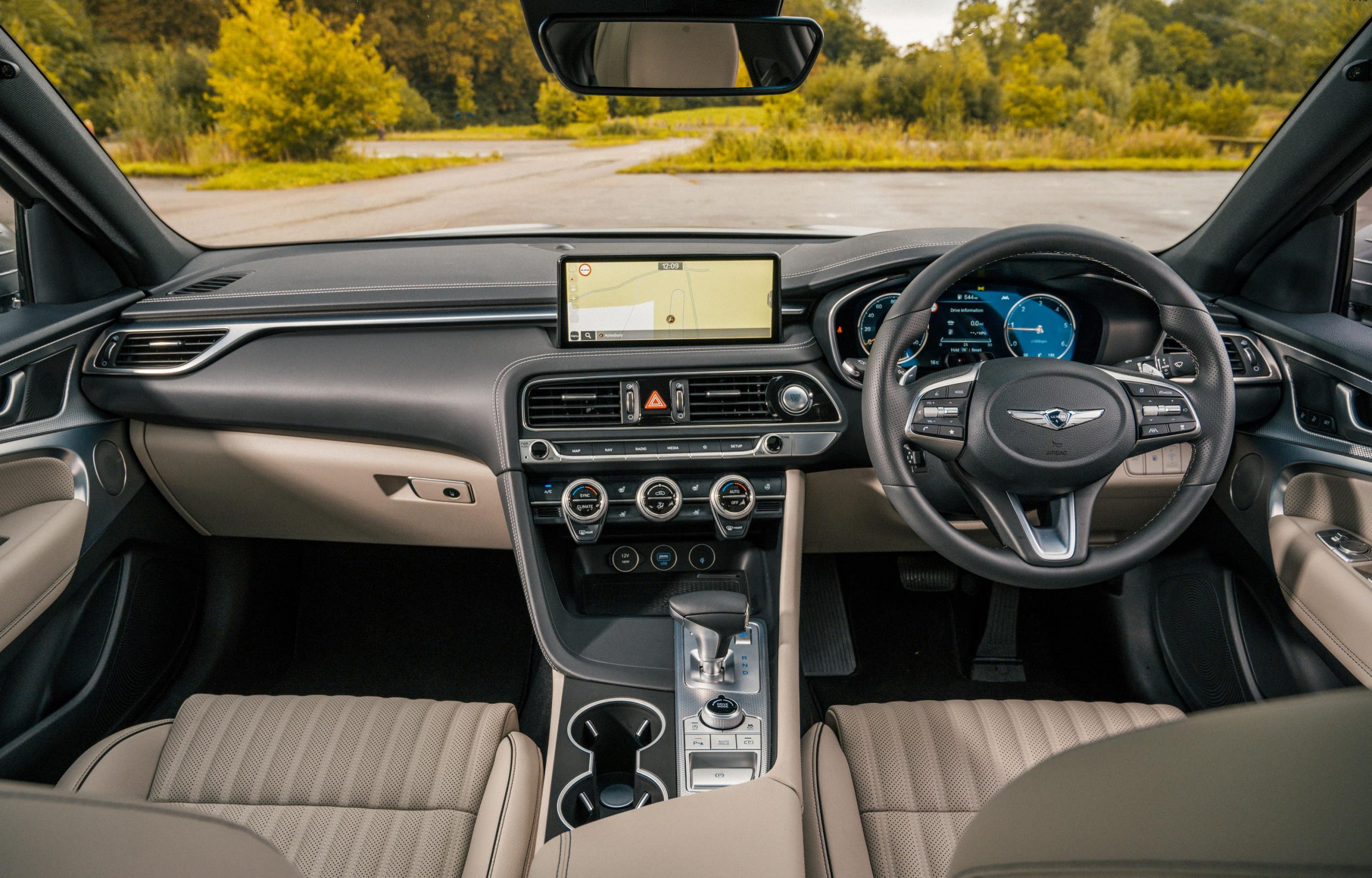 All Genesis models tend to come with a healthy level of standard equipment and the G70 is no different.

In Sport Line specification, features such as 19-inch alloy wheels are included from the off, alongside other touches such as a heated steering wheel, Brembo performance brakes and heated seats.

The majority of options are grouped within ‘packs’ such as the Innovation Pack, which bring extras such as a head-up display, surround-view parking monitor and a 3D instrument cluster.

The Genesis G70 is an attractively styled saloon with bags of standard equipment and a pleasantly finished cabin. It does, however, feel a little old-school under the skin and might lack some of the finish that buyers will have come to expect from this premium end of the segment.

We’ve already seen from cars like the GV70 just what Genesis can do and it feels that though the G70 is a distinctive alternative to the norm, it may struggle to make quite the same impact as other cars from within the firm’s range.