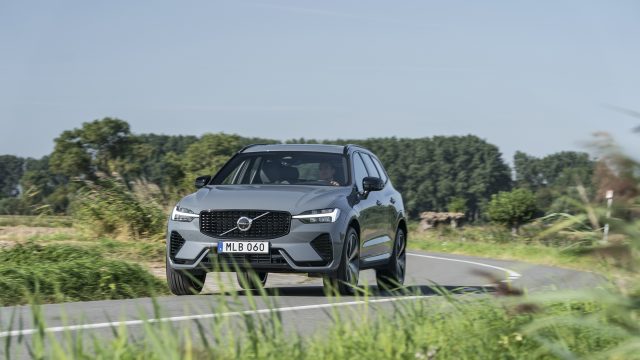 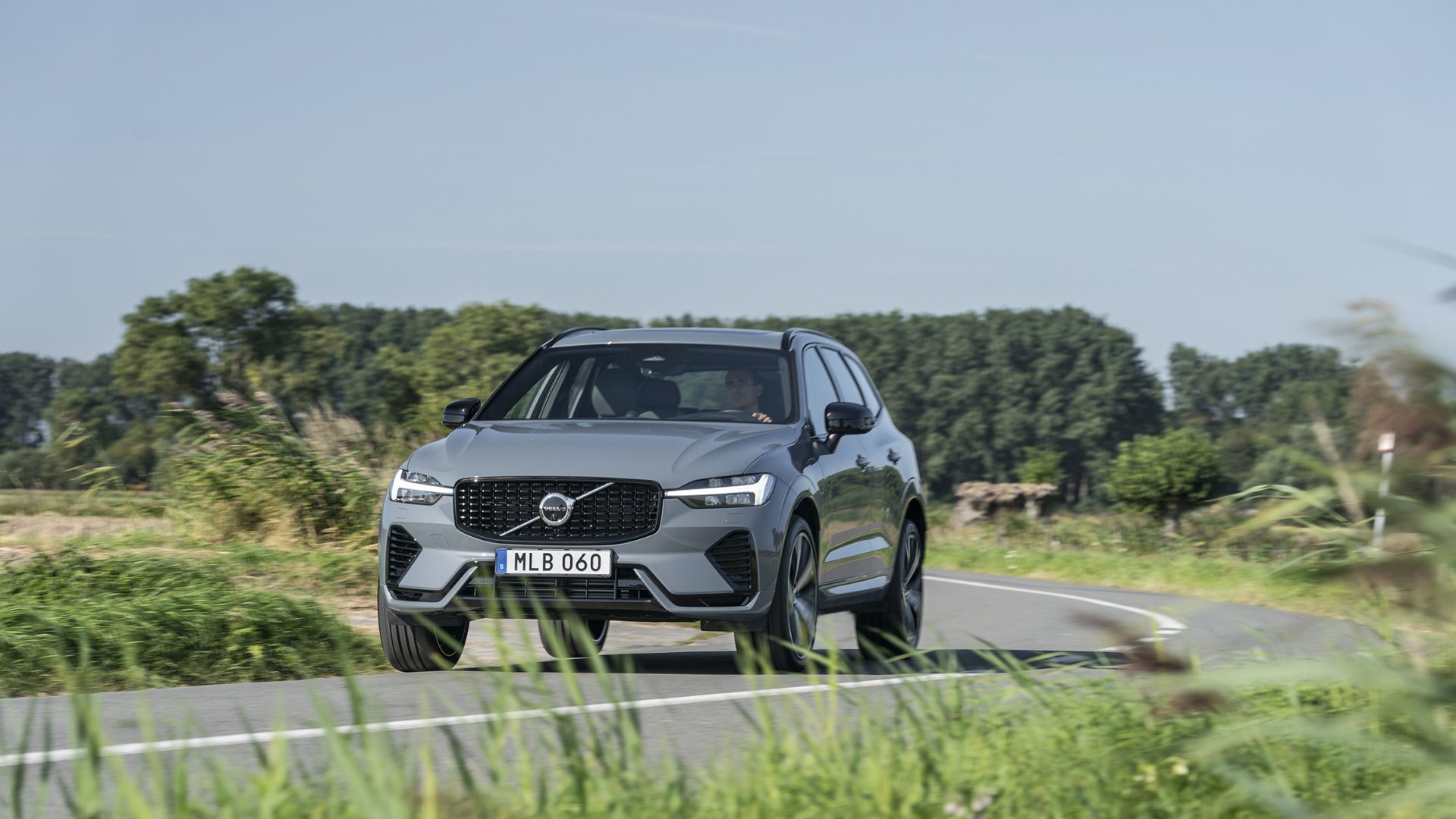 Volvo has launched a new range-topping T8 Version of its XC60 with prices starting at £60,400.

The Swedish firm has given the car a larger battery among a number of upgrades, but is it any good?

We sent our man Jack Evans to find out. Here’s what he had to say…

The XC60 is a hugely important model in Volvo’s range. Though more recent additions like the compact XC40 have grabbed the headlines, the XC60 has continued to find favour with many drivers who appreciate its combination of practicality and robust build quality.

Volvo has recently updated the XC60 to keep it current, too.

Though we tested a ‘regular’ B5 recently, we’ve managed to get some time in the new range-topping T8 – a plug-in hybrid that benefits from a greater electric range than before and a more EV-like driving experience as a result. 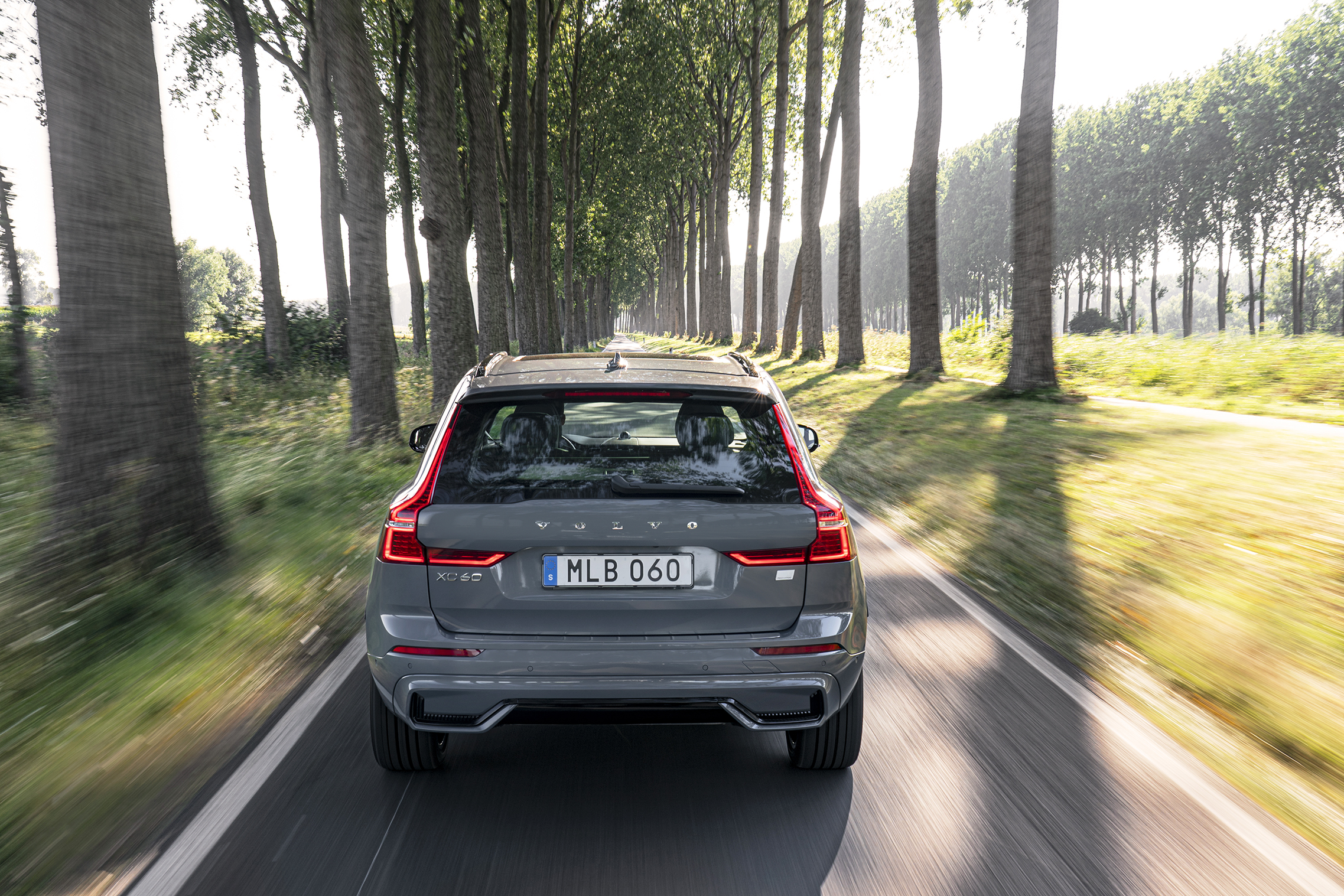 Volvo has kept things pretty simple with the exterior changes of the XC60.

The styling of the car was never an issue, so things have been finessed rather than changed entirely in this respect.

The front grille has been given a tweak and you’ve got a wide range of alloy wheel designs to choose from too.But, with this T8 model, there have been some more major changes made to the engine and hybrid setup – something we’ll take a look at in more depth shortly. 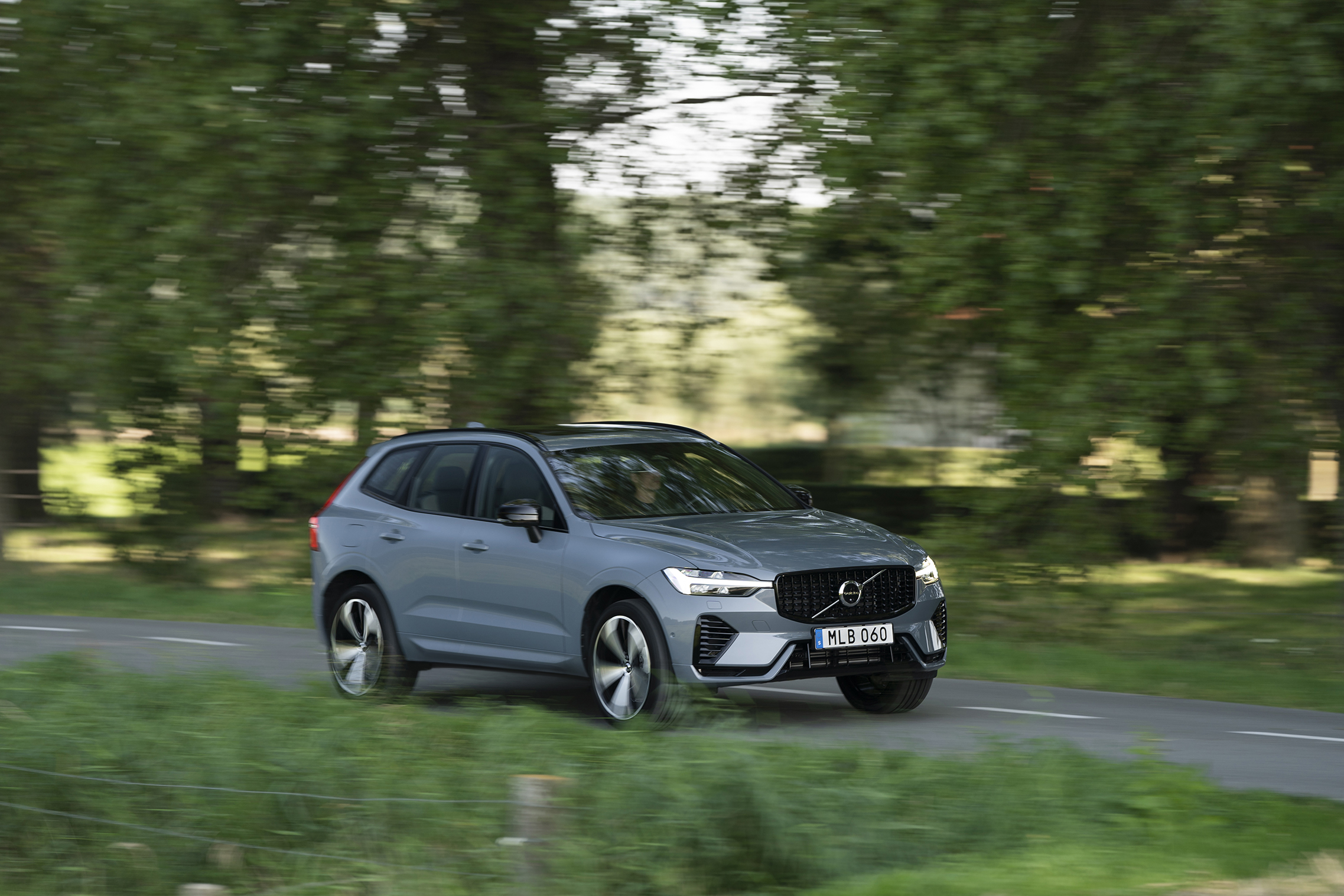 The T8 is a fully-fledged hybrid model, but Volvo has seen fit to kit it out with larger batteries, bringing a longer electric-only range as a result.

Coupled to a 2.0-litre four-cylinder engine – which is both turbocharged and supercharged – the battery has now been increased in size from 11.6kWh to 18.8kWh, resulting in an electric range of 47 miles.

The rear electric motor which gives the car all-wheel-drive has also been made more powerful, so you now get a total system output of 448bhp in the T8. Volvo claims 0-60mph in 4.7 seconds, while it’ll hit a top speed of 112mph – a limited ceiling speed applied to all modern Volvo cars.

Plus, CO2 emissions stand between 64-24g/km depending on specification while fuel economy can be up to 256mpg if you keep the batteries topped up. 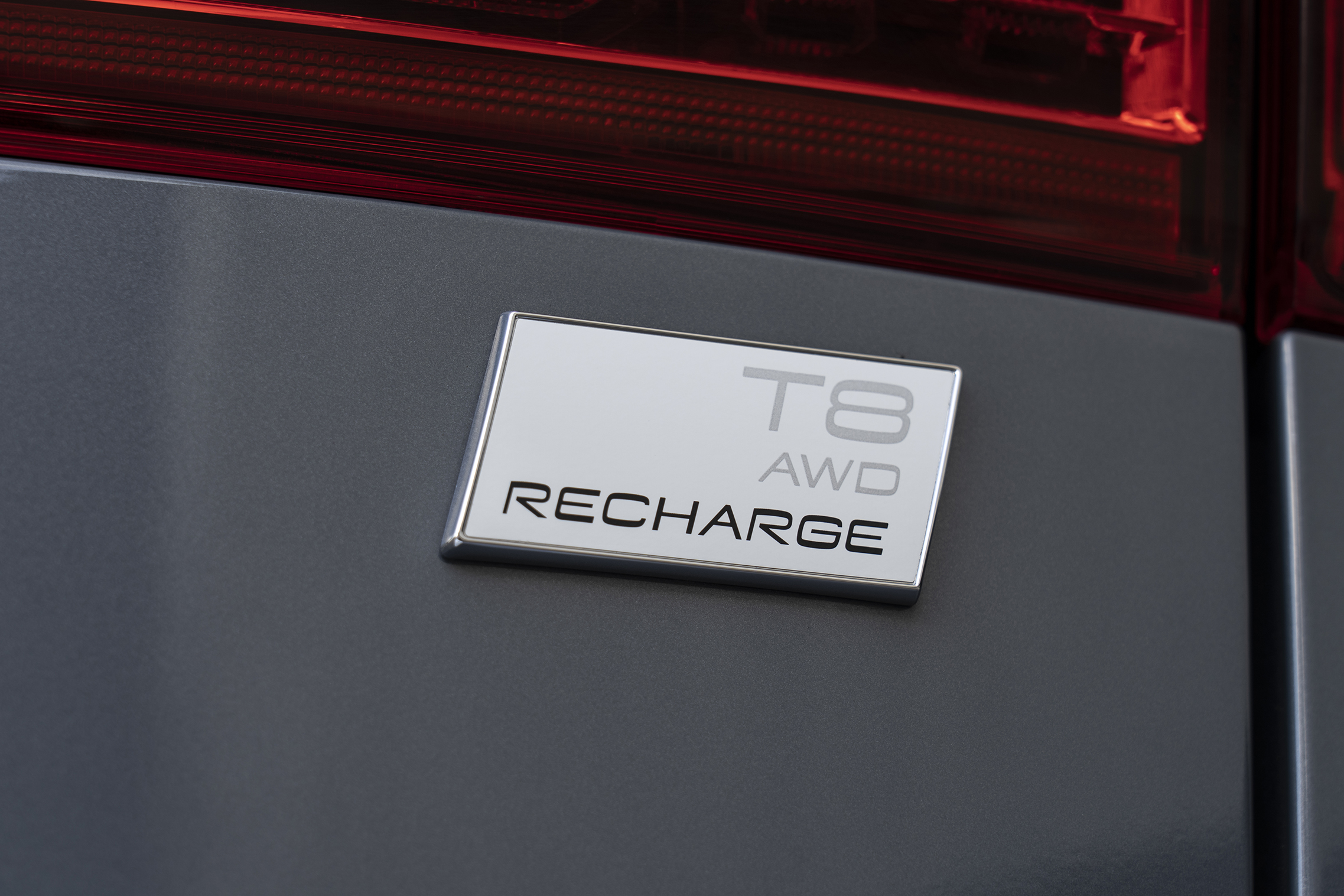 Volvo has put a more EV-focused flavour into the new T8, which is why for much of the time it feels similar to driving a fully electric vehicle.

When placed in ‘Pure’ driving mode, the car stays locked to battery-only power, too, and when doing so feels relaxed, calm and refined.

Call the motor into question and it joins the party without too much fuss, though more aggressive uses of the throttle can cause the engine to become a little more vocal.Plus, the level of regenerative braking you get is more than before.

Lift off the throttle and the car really does bring itself to a slow more effectively than before. Though perhaps not quite as much as a purely electric vehicle, this regenerative braking is particularly useful around town. 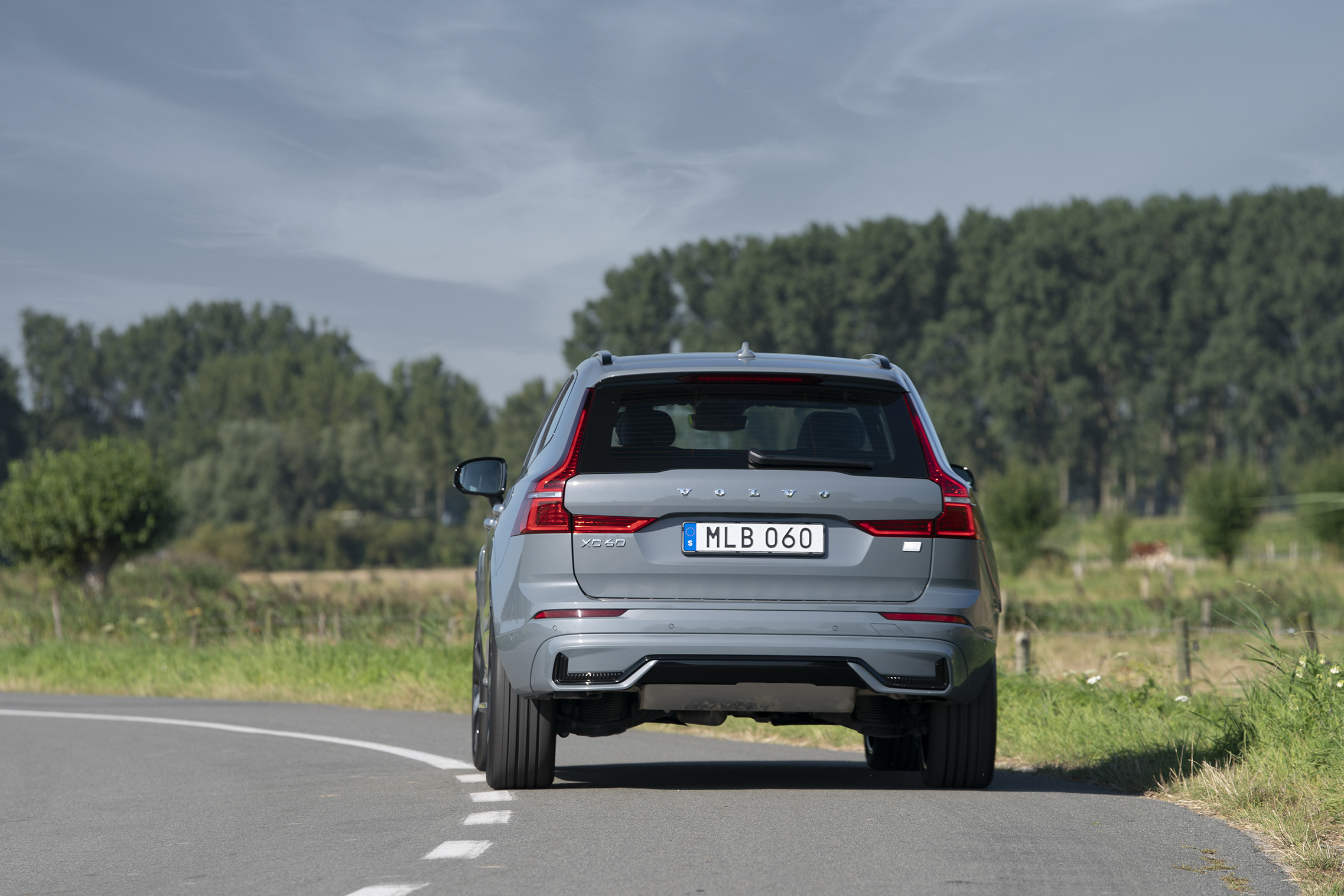 As we’ve already mentioned, the updates in terms of exterior design for this latest XC60 are subtle.

At the rear of the car, you might notice that the rear bumper now extends over and hides the tailpipes – something which Volvo believes showcases its pledge for electrification.

Just be wary of optioning overly-large alloy wheels; they can have quite the negative effect on the XC60’s ride quality. 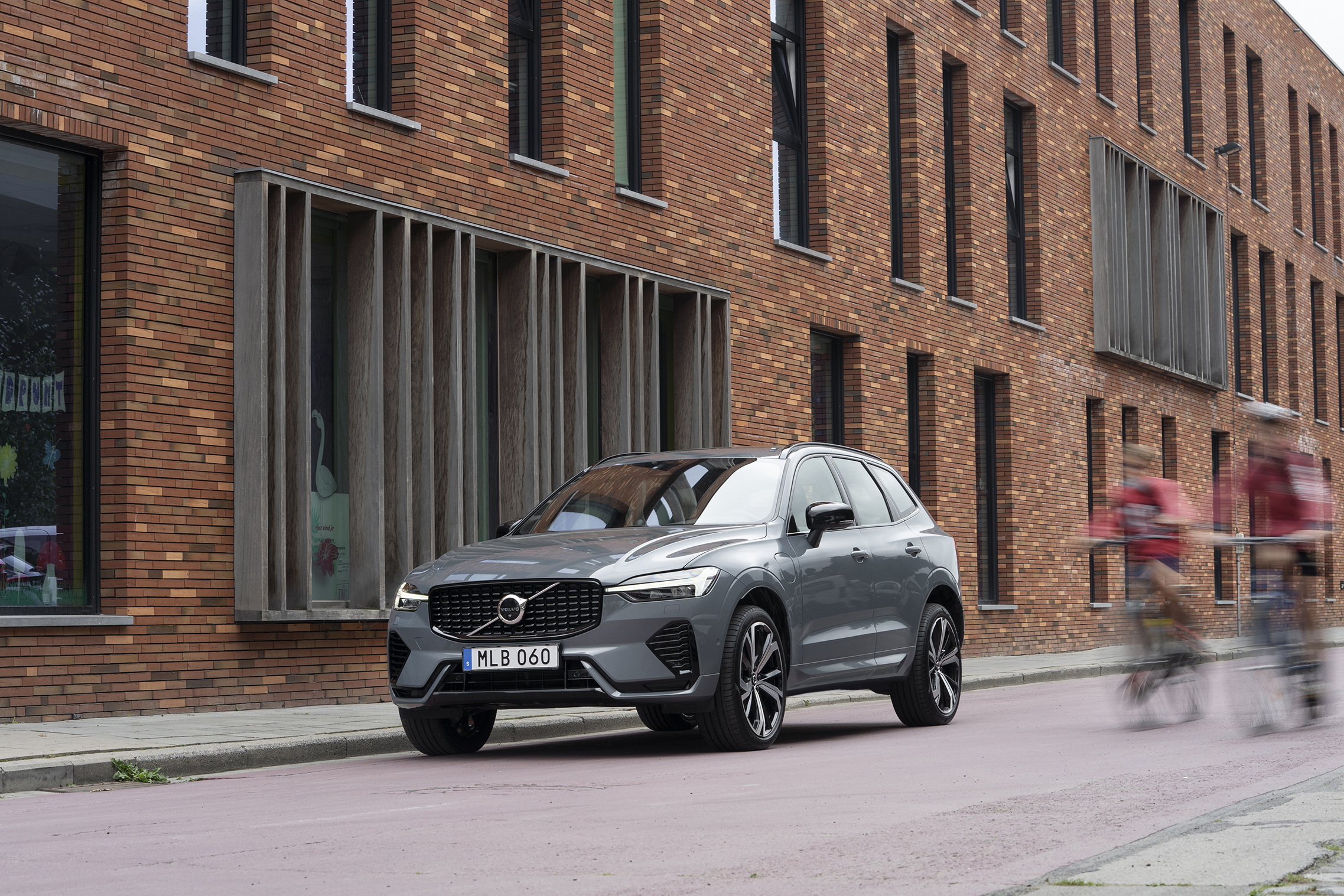 The cabin of the XC60 is big, spacious and comfortable.

There’s plenty of adjustment to be found behind the steering wheel, giving you the ability to get into your perfect position right away.

The seats themselves are comfortable and supportive, too.There’s plenty of legroom and headroom for those sitting in the rear of the car, too, with plenty of glass ensuring that the cabin of the XC60 stays light and airy.

When it comes to boot space, the XC60 offers up 468 litres with the seats in place, rising to 1,395 with them lowered.

The boot opening itself is also usefully square, with a low load height ensuring that putting heavier items into the back shouldn’t prove too tricky. 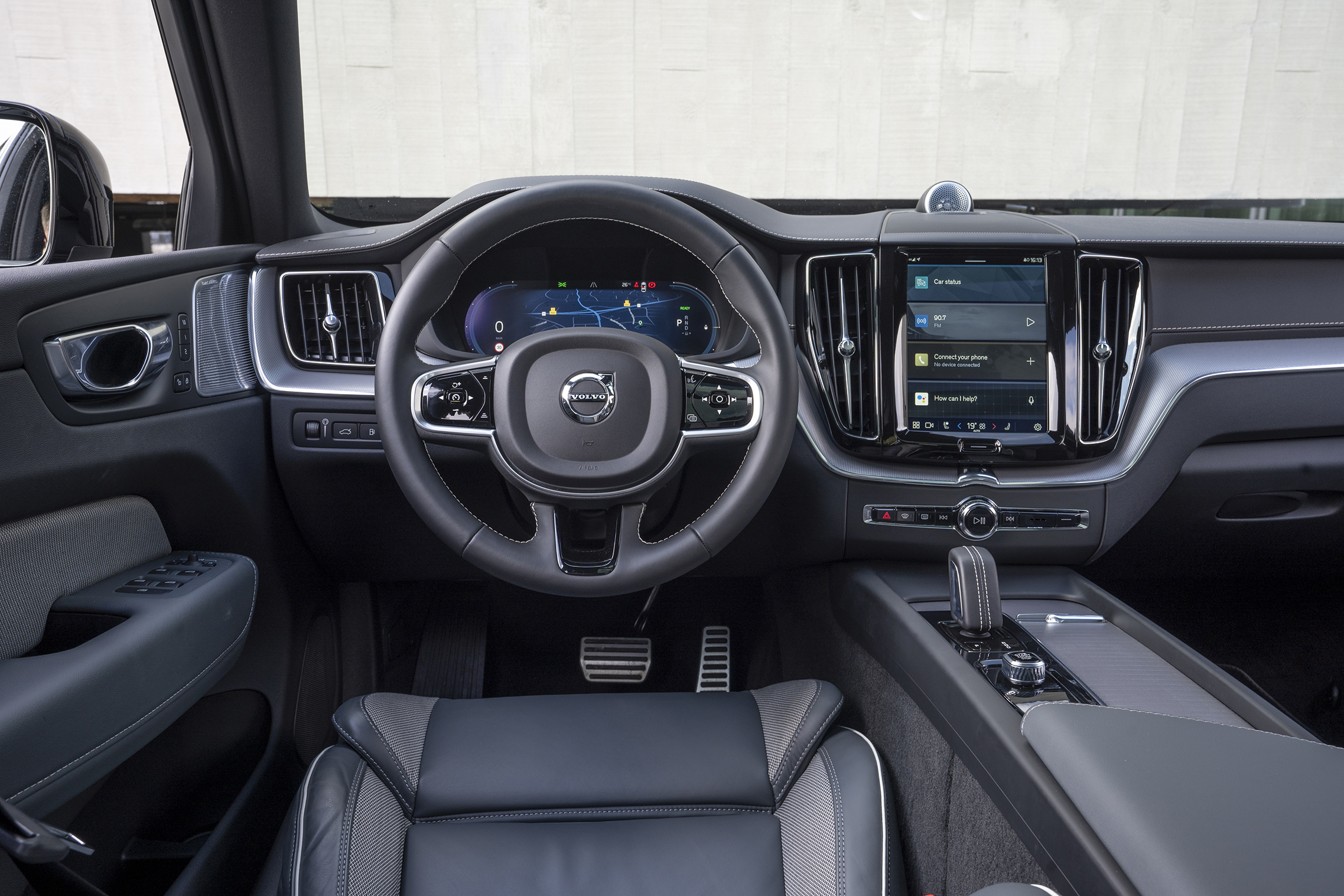 There’s been a big change in the XC60’s infotainment setup. It has now adopted a completely Android-based setup, much the same as that seen in the firm’s electric XC40 and C40 models.

It’s really intuitive and clear to use, operated via a large portrait-orientated central touchscreen.

The only real drawback is that Apple CarPlay isn’t integrated as standard, so you can’t relay your smartphone on the screen.

Certain applications, such as Spotify, are also included as ‘apps’ in the system, so these are simple to use and setup with your own account. R-Design models, like ours, also boast sports seats. 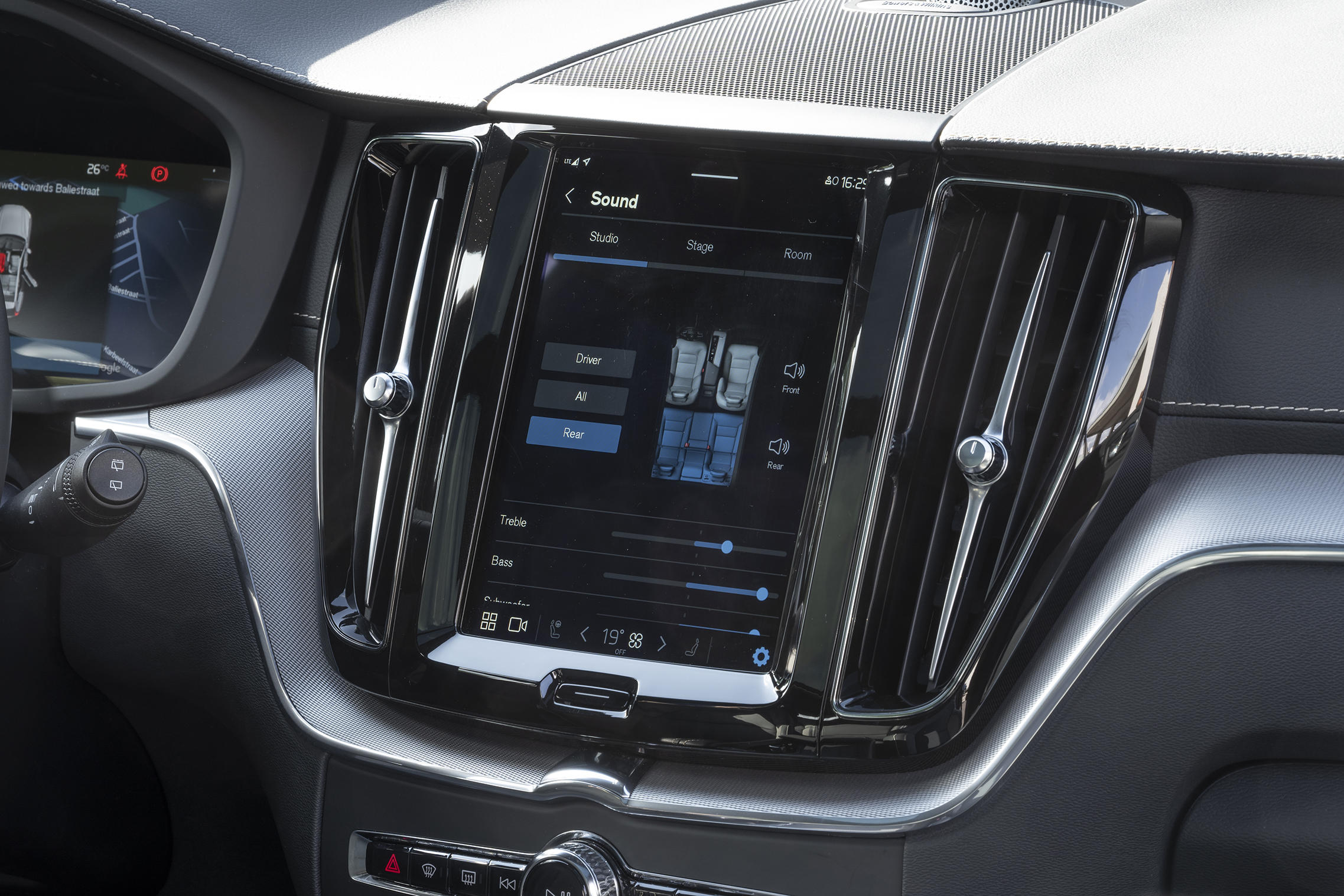 Volvo has only strengthened the appeal of the XC60 T8 with these updates. The ability to go further on electric-only power will be a huge hit with urban drivers, yet the refined driving experience it offers will go down well with those who travel further afield, too.

The XC60 has always been one of the main go-to options within the Volvo range and, with these changes, it looks as if that’ll be staying the case for some time yet.