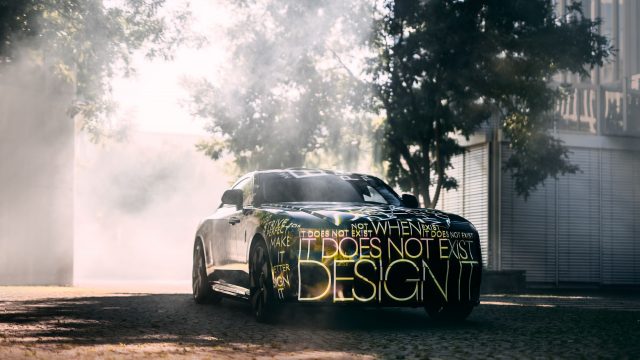 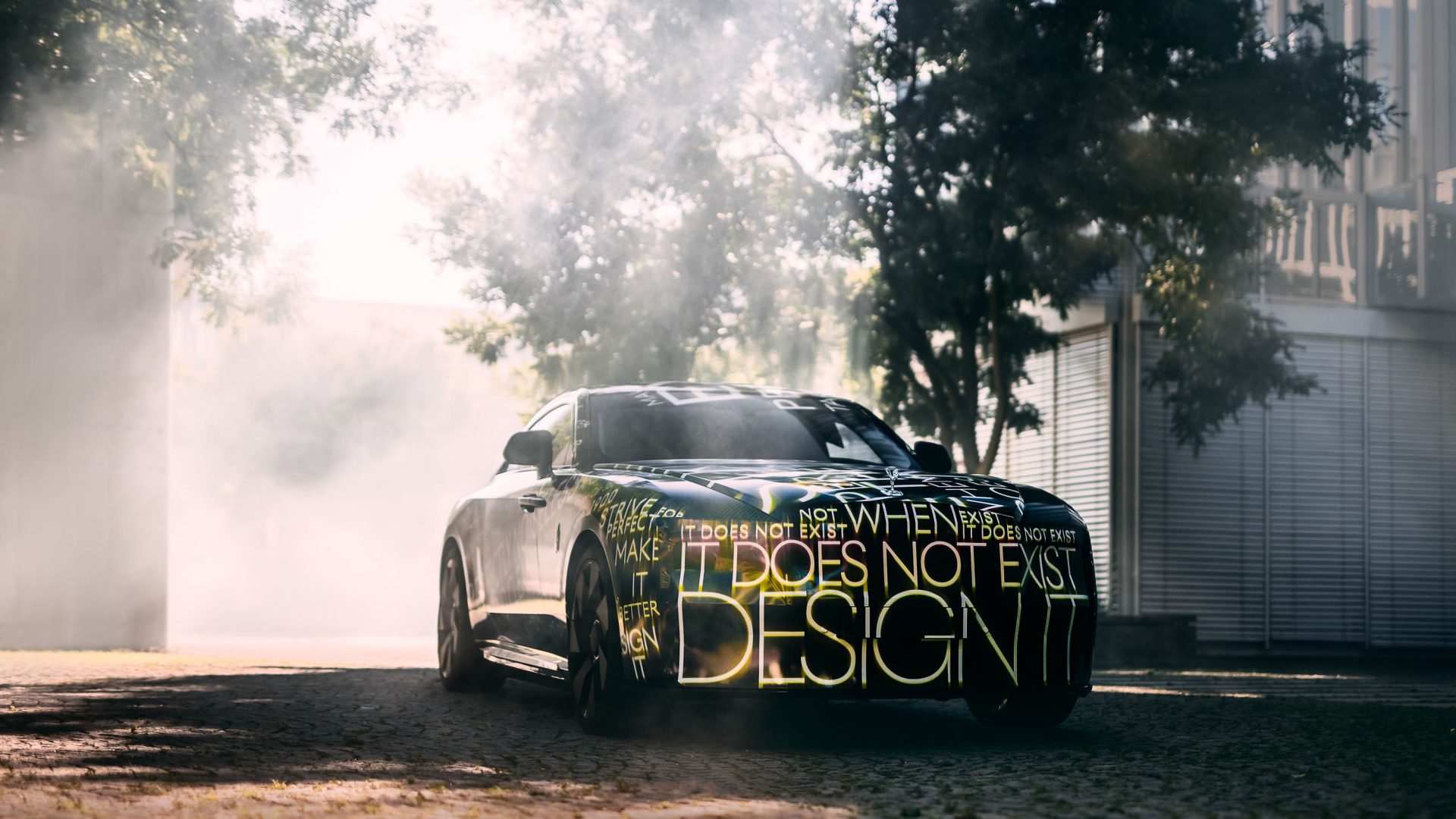 Rolls-Royce is to build its first ever EV and has released a series of teaser images just a day after promising an ‘historic announcement’.

The model – called Spectre – is expected to go on sale in late 2023 and is likely to be a two-door coupe with a similar body shape to the current Wraith.

The move represents a significant step in the luxury brand’s pledge to phase out petrol and diesel by 2030.

Details of its design have been largely hidden in the new shots, beneath a graphic of a famous quote from company co-founder Charles Rolls.

As part of the BMW Group, the company could have accessed the new electric vehicle platform being developed by the German firm, but instead it has stuck with its own architecture.

Rather than build bespoke EV underpinnings, the aluminium architecture that debuted on the Phantom in 2017 – and also used on the Cullinan and Ghost – will be adopted by the Spectre.

It was developed from the outset to be able to accommodate combustion engines as well as alternative forms of propulsion.

Powertrain details have not yet been revealed.

However, because Rolls-Royce doesn’t like to share parts with other manufacturers, it’s unlikely it will directly borrow the latest electric motors and batteries developed for the new BMW iX SUV.

That being said, it’s likely that these will form the basis of the Spectre’s powertrain system, but with Rolls-Royce-specific software settings.

‘On that date, our founding fathers, Charles Rolls and Sir Henry Royce, first met and agreed that they were going to create the best motor car in the world.

‘Today, 117 years later, I am proud to announce that Rolls-Royce is to begin the on-road testing programme for an extraordinary new product that will elevate the global all-electric car revolution and create the first – and finest – super-luxury product of its type. This is not a prototype.

‘It’s the real thing, it will be tested in plain sight and our clients will take first deliveries of the car in the fourth quarter of 2023.’ 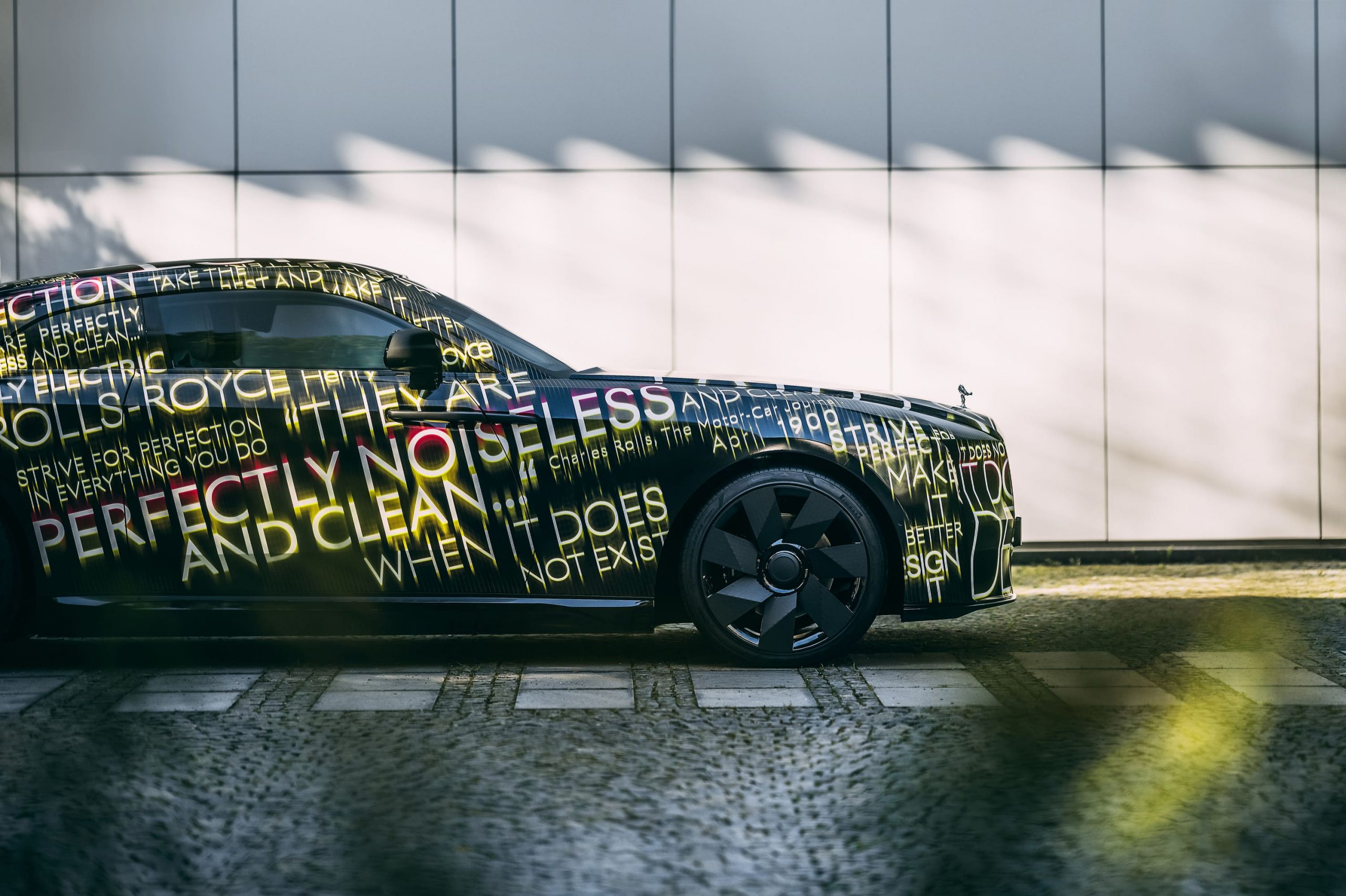 Rolls-Royce has been experimenting with electric powertrains in recent years, building the 102EX and 103EX concepts.

It says these prompted questions from clients asking when a production version would come, as electric power is the ‘perfect fit’ for Rolls-Royce.

Today we announce our first fully electric motor car and with it, our CEO, Torsten Müller-Ötvös, keeps his promise that “#RollsRoyce will go #electric, starting this decade”.https://t.co/dYkX0X0rX7#RollsRoyceSpectre #RRSpectre #SpiritElectrified pic.twitter.com/XP7zVS1b7F