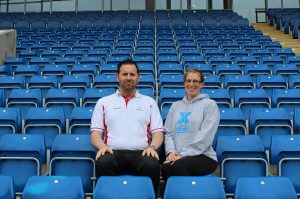 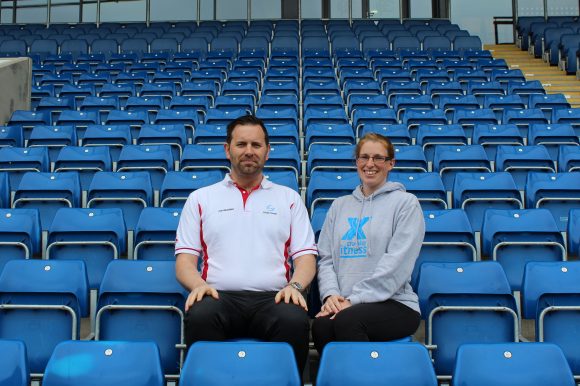 Sales manager to take on sit-a-thon at football stadium

A MITSUBISHI sales manager from Chesterfield is gearing up for a sponsored ‘sit-a-thon’ at Chesterfield FC’s Proact Stadium to raise money for a local hospice.

Daniel Wheeldon will sit on every one of the 10,600 seats in the ground in a fundraising stunt inspired by the efforts of former footballers Alan Shearer and Robbie Savage at Wembley during 2014’s Sport Relief.

Daniel, who works at Gilder Mitsubishi in Tapton Lock, is calling on anyone else who would like to join him on August 5 to get in touch and help raise funds. He has enlisted the help of personal trainer Nic Crossley, who is offering free sessions for anyone who signs up to take part.

The father-of-two said: ‘Part of the reason for doing this is that I’m approaching 40 and this is encouraging me to get fit. I’m out of shape and I need to do something about it.

‘I’m apprehensive about it because I think it’s going to be hard and I have booked time off after it because I’ll be in a bit of a state. But I’m a lifelong supporter of the charity and I will do things to help them as long as I’m able to.’

Gilder Mitsubishi has been an on-going supporter of the hospice. The dealership has lent the charity vehicles and staff have raised thousands of pounds through various fundraisers.

Alison Ward-Foster, fundraising manager at Ashgate Hospicecare, said: ‘The generosity of Gilder Mitsubishi is absolutely fantastic and we were delighted when Daniel decided to take on this challenge.’

Ashgate Hospicecare, an independent registered charity, provides care to over 2,000 patients across North Derbyshire a year at its hospice, in the community and at Chesterfield Royal Hospital.

As all of its services are free to those with life-limiting illness, the charity relies on the generosity of local people to maintain its level of service.

Anyone wishing to take part in the sit-a-thon with Daniel should email [email protected]. To sponsor him, click here.