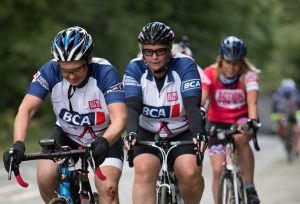 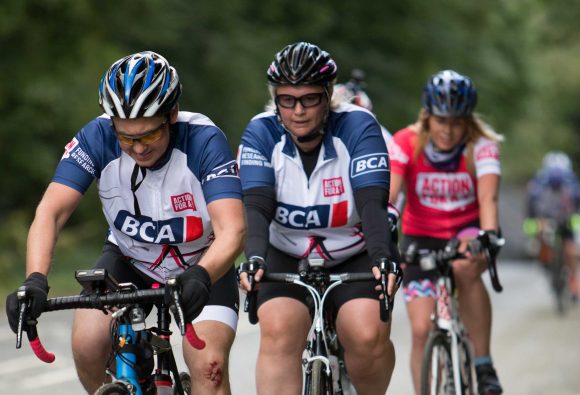 Second instalment of BCA’s 2018 Cycle Challenge is now under way!

THE motor industry is rallying to support BCA’s 2018 Cycle Challenge – a charity bike ride in aid of ‘Action for A-T’.

Following the success of last year’s ride from Blackbushe to Paris, which raised more than £90,000 for Action for A-T, BCA is staging two events this month.

The main event – which got under way this morning – involves a team of 52 cyclists from BCA and the wider motor industry tackling a 235-mile route from BCA Bedford to the Royal Palace in Amsterdam. 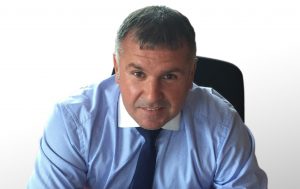 The riders are currently travelling through the picturesque Bedfordshire and Essex countryside en-route for Harwich for a ferry trip to the Hook of Holland.

Two days of cycling though the small villages and medieval market towns dotted across the Dutch landscape will see the team arrive in Amsterdam on Saturday, September 22.

As interest in that event was so high, BCA staged an additional two-day event for experienced cyclists tackling the challenging ride to the summit of Alpe D’Huez, with an epic 8.6-mile, 21-hairpin climb along the route regularly used for the Tour de France.

The Alpe D’Huez team rode over the weekend of September 15 and 16, travelling from Lyon to Chamberry before tackling the punishing ascent to the summit of Alpe D’Huez.

Craig Purvey, chief commercial officer at BCA, is taking part in both events. He said: ‘We are delighted that many from across the motor industry are rallying behind the BCA Challenge to raise funds for Action for A-T.

‘Cycling from Bedford to Amsterdam will be an epic but achievable challenge for both novice and proficient cyclists and we look forward to raising a substantial sum for this very worthy cause.