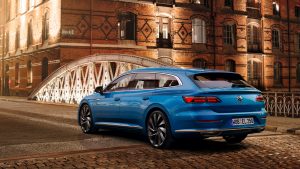 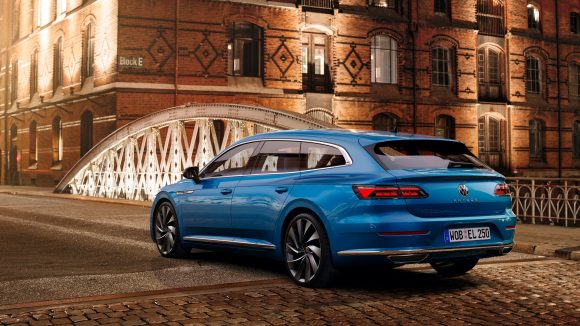 About 100 students at a school in Staffordshire have been told to self-isolate after a pupil tested positive for coronavirus.

The JCB Academy in Rocester, which was one of the first schools in England to reopen in August following the Covid-19 pandemic, was closed on Friday.

The students who are believed to have been in contact with the pupil have been told to stay at home for two weeks. The school will reopen on Monday for the remaining 700 students. Volkswagen has given a glimpse of the interior for its upcoming ID.4 electric SUV.

Thanks to the firm’s MEB platform, the ID.4 will be able to deliver more space than a conventional SUV, Volkswagen says. In fact, the compact SUV will be able to offer levels of practicality comparable with cars from the segment above.

A 543-litre boot with the seats in place means there’s ample luggage space, while the interior as a whole has been designed to feel as airy as possible.

Controversial former Australian prime minister Tony Abbott says he is looking forward to contributing his ‘expertise’ in global commerce to help Britain in his new role as adviser to the UK Board of Trade.

Abbott’s appointment has sparked a heated reaction, with critics saying he is well known for holding misogynistic and homophobic views, as well as drawing attention to his scepticism on climate change.

After Prime Minister Boris Johnson came out in support of the 62-year-old, Abbott – who led Australia from 2013-15 – said he was ‘only too keen’ to help the UK and looked forward to helping facilitate trade deals ‘between Britain and other countries, including Australia’.

European markets slide after sell-off in US tech stocks

Markets across Europe slumped into the red after a sell-off in US tech stocks drove a widespread decline in sentiment.

Volkswagen’s updated Arteon has gone on sale with prices starting from £35,435.

First introduced in 2017 the Arteon has only been available as a fastback up until now, with the introduction of a Shooting Brake giving buyers a more practical option in the range. Prices for the Shooting Brake start from £37,640.

Virgin Atlantic plans to cut another 1,150 jobs and has completed its £1.2bn rescue deal, the airline said.

The announcement comes less than four months after the carrier axed 3,150 roles and ended its operations at Gatwick Airport due to the collapse in demand caused by the coronavirus pandemic.

Chief executive Shai Weiss said: ‘After the sacrifices so many of our people have made, further reducing the number of people we employ is heart-breaking but essential for survival.’

Four of the country’s biggest housebuilders will have to change the way they do business or face being taken to court by the competition watchdog after it found evidence that they had mistreated home-buyers.

The regulator said buyers may have been misled by developers, and been trapped into leaseholds with ground rents that double every decade.

Limited to just 25 units, it follows on from the sale of the road-going T.50, which sold out within 48 hours of the global premiere.

Priced at £3.1m before taxes, the new car – codenamed T.50s – weighs in at just 890kg while its V12 engine has been stoked to produce more power than the regular T.50.

Much of the UK will see sunny spells today, but there will be a few blustery showers, mainly in the north and west, says the BBC.

Tonight, there will be clear spells and variable cloud for most areas overnight. Showers will move in across western areas during the night, pushing further east as the night goes on.

Tomorrow will be a largely cloudy start for most with a scattering of showers. As the day goes on, showers will become largely confined to northern England, with sunny spells developing elsewhere.