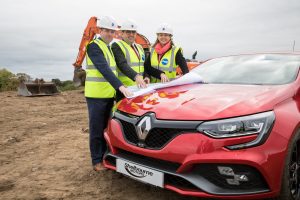 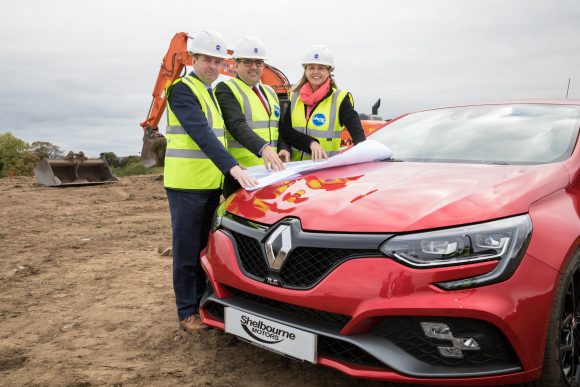 SHELBOURNE Motors has partnered with Renault to bring the French car manufacturer to its new £5m multi-franchise complex in Newry.

The deal strengthens the family-owned vehicle retailer’s relationship with Renault having operated a franchise of the brand at their Portadown headquarters since 2003.

This extended partnership will allow Renault to supply its range of new and used models to Shelbourne customers in the Newry and Mourne area.

Caroline Willis, financial director of Shelbourne Motors, said: ‘We’re delighted to extend our partnership with Renault by securing a deal to bring the global car brand to our new £5m Newry complex.

‘Our long-term relationship with Renault made the manufacturer an obvious fit for this new development and it demonstrates their confidence in our business to incorporate a brand-new dealership into our Newry expansion.’

Newry-based O’Hare & McGovern has been appointed as the contractor and work has commenced on building the multi-franchise complex.
The new state-of-the-art facility will create 60 new jobs when it’s scheduled to open in summer 2019. It will include new car showrooms, new car handover bays, lounge-style waiting area with café and a drive-thru service centre with a 28-bay service workshop.

Shelbourne Motors was founded by the Ward family in 1973 and currently employs over 130 staff at its nine-acre Portadown headquarters, where it operates Toyota, Renault, Nissan and Dacia franchises, as well as Used Car Supermarket, Rental Division, Accident Repair Centre and Valet Centre.

From the left in our picture are Richard Ward and Paul Ward, both sales directors at Shelbourne Motors, and the company’s financial director, Caroline Willis.

MORE: Renault relaunches scrappage scheme with savings of up to £5,000