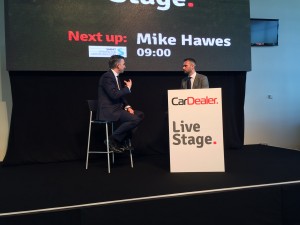 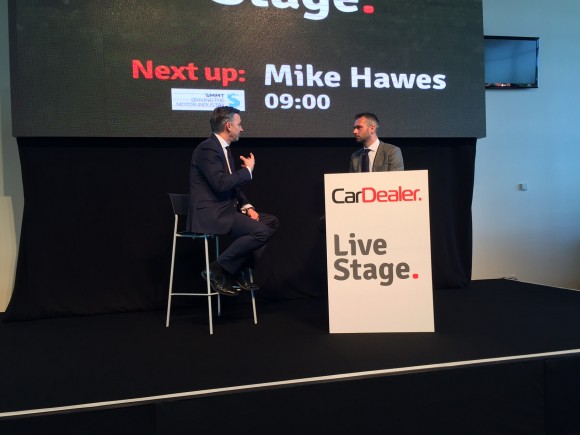 THE new car market is on course for another record-breaking year in 2016, according to SMMT chief Mike Hawes – but that could be put at risk in the event of a vote to leave the EU.

Speaking during the first of the live stage presentations during today’s CDX event at Silverstone, Hawes said he thought that the new car market would be ‘slightly up’ this year and was in a ‘reasonably stable’ state.

But he added: ‘It is always at risk of being affected by social issues and political issues such as Brexit. Some people could be holding off buying new cars because of that. And if we leave the EU we don’t really know what will happen. 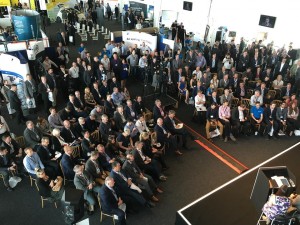 ‘However, there’s every reason to suggest that the growth we have seen so far will be sustained. We’re obviously experiencing changing patterns of purchase, with the drumbeat of PCP activity now a constant feature as well as the increase in the number of mobility options.

‘But as long as there’s continuing economic confidence, and as long as people still get excited by buying a new car, the economic indicators are strongly in our favour.’

In conversation with James Baggott, Hawes also touched on the rapidly-changing pace of technology in the new car market and discussed the aftermath of the Volkswagen emissions scandal – acknowledging that the industry has work to do to rebuild trust between consumer and manufacturer and that although the only culprit in the dieselgate scandal was Volkswagen, other manufacturers had been unfairly tarnished.

Hawes’s contribution was the first of many at today’s CDX organised by Car Dealer Magazine – with the Silverstone event on course to be a resounding success. By lunchtime, more than 1,400 delegates had entered the three halls packed with exhibitors.

Watch the interview with Mike Hawes in full below.

MORE: Used car dealers have their say at special session ahead of CDX

On SuperUnleaded.com: Driver tries showing off at car meet, gets it slightly wrong