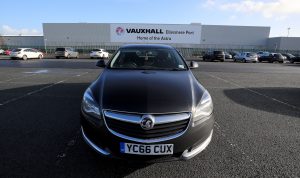 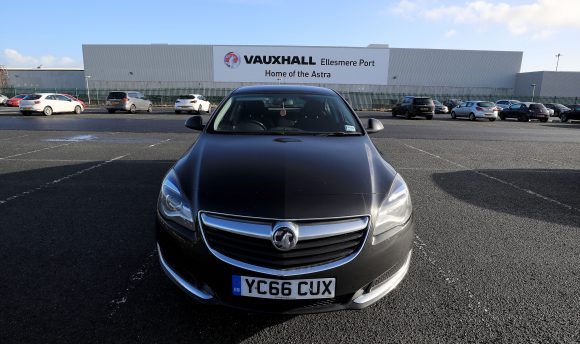 THE next-generation Vauxhall Astra will be built in the UK, providing the country’s relationship with Europe is secured post-Brexit.

Vauxhall’s owners, Groupe PSA, today announced that the new hatchback will be built at the firm’s Russelsheim plant in Germany, along with a planned second location in Ellesmere Port as long as certain Brexit conditions are met.

In a statement today, Groupe PSA said: ‘The decision on the allocation to the Ellesmere Port plant will be conditional on the final terms of the UK’s exit from the European Union and the acceptance of the New Vehicle Agreement, which has been negotiated with the Unite trade union.

‘This news demonstrates the continuous effort and commitment of Groupe PSA to Vauxhall Motors.’

Vauxhall is heavily dependant on Europe for trade. Its Ellesmere Port site exports 80 per cent of its production to mainland Europe.

In addition, 45 per cent of its parts are imported from overseas.

The current-generation Astra is built at both Ellesmere Port and Gliwice, Poland. The latter plant will instead produce vans once the new generation Astra enters production.

The announcement will come as welcome news to those working in EllesmereÂ Port. Vauxhall has already had to make cutbacks, laying off around 900 people in the past two years at the site.

Meanwhile, there was another indication that a no-deal Brexit would be bad for Britain’s automotive industry today as Japan’s foreign minister Taro Kono warned against the scenario.

And he said he was particularly worried about car companies relying on just-in-time supply chains, which currently have a ‘very smooth operation’ importing and exporting to central Europe but one which may grind to a halt with no deal.

‘If they have to go through actual customs inspections physically those operations may not be able to continue,’ he said.

‘Whenever we have had meetings, that was one of the major issues – please no no-deal Brexit.’

MORE: No-deal Brexit would deliver a ‘knockout blow’ to automotive

MORE: ‘No deal is not an option’ after a year of manufacturing decline