A new 50mph average-speed camera system was set up on the M4 in Port Talbot. And in February alone, more than 2,000 people were caught speeding. Depending on the speed, the motorists involved received fines, a summons for court action and or offered speed-awareness courses.

Altogether, since January more than 7,000 motorists have been caught speeding, and have paid fines totalling more than £500,000.

Wales Road Casualty Reduction Partnership GoSafe emphasised it was not a money-making venture. Chris Hume, partnership manager at GoSafe, said detecting speed and road safety was not about money raising. ‘The money doesn’t come to us. Central government, who do take the money in terms of fines, have no impact in terms of where we put cameras – that’s down to us,’ he said. 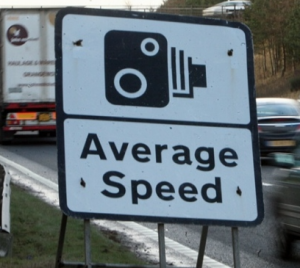 ‘It’s a 50mph limit because the road itself is a very difficult road to go along. It was built in the 1960s. It was built as a by-pass.’

Claire Armstrong from Safe Speed, which campaigns against the use of speed cameras, told the BBC: ‘Speed cameras have never been proved to reduce speeds and the courses have no proof they make drivers drive better.  Grants are given to the people who are funding the speed cameras so they can produce more speed cameras,’ she said.

On superunleaded.com – 24 Hours Of Le Mans Condensed Into 20 Minutes