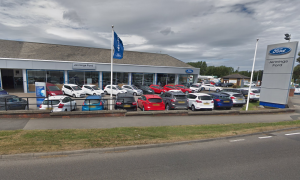 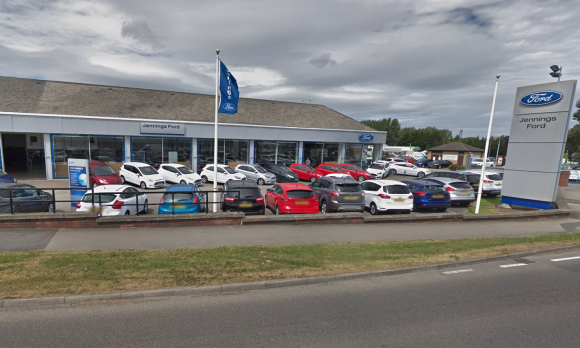 Staff and customers saddened as Ford dealership set to close

LOOKERS is closing its Ford dealership in Stockton-on-Tees later this month.

The decision has been met with sadness from employees and customers at the dealership which was part of Jennings Motor Group until this time last year.

Lookers said: ‘After a great deal of consideration, we have decided to close our Ford dealership in Stockton.

‘The closure will take effect from September 27 and is part of our business strategy and our focus on representing the right brands in the right locations.

‘Part of this strategy also includes a programme of investment at our existing sites, which has resulted in the £3m transformation of our nearby dealership, Lookers Ford Middlesbrough, where customers will find an even wider choice of new and used Fords, as well as additional repair and maintenance facilities.

‘Colleagues at the Stockton site are currently in a period of consultation. We are working to identify alternative roles within the Lookers business, including at the newly developed site in Middlesbrough.’

The decision has shocked staff and customers at the Stockton dealership in Yarm Road, which many said had a friendly, family feel.

One customer said on the local news website Teesside Live: ‘Gutted for all the staff who have been exemplary over the years – not looking forward to having to travel to Middlesbrough for the car to be serviced.’ Another added: ‘The sad fact is lots of employees are set to lose their jobs. Hope you all get a good redundancy payout.’

The sale of Jennings to Lookers was announced at this time last year – shortly before Jennings chairman and proprietor Nas Khan passed away suddenly at the age of 58.

The Ford arm of Jennings appeared to have caught the eye of Lookers bosses with chief executive Andy Bruce saying that the company was ‘delighted’ to expand its key partnership with the Blue Oval.

Our picture from Google Street View shows the dealership in its Jennings days.

MORE: Lookers ‘is by no means a broken business’