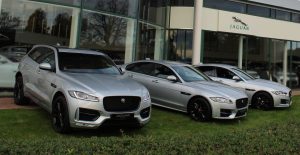 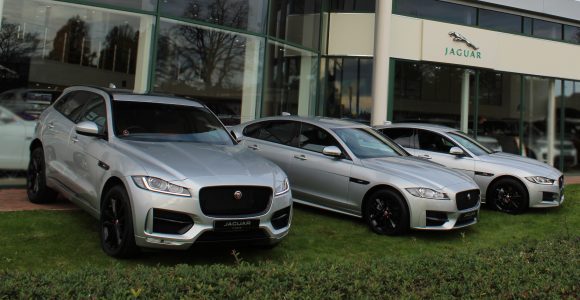 LEICESTER family-run dealership group Sturgess is celebrating 70 years of representing the Jaguar brand – which it says makes it the UK’s oldest Jaguar retailer in continuous ownership and one of the oldest in the world.

The Jaguar distribution rights for Leicester, Leicestershire and what was then Rutland were awarded to the Sturgess Motor Group in 1947 by Jaguar founder William Lyons while the business was under the stewardship of second-generation managing director Frank Sturgess. At the time, Sturgess was responsible for representing Rootes Group, Chevrolet and Rover, among others.

Commenting on the 70-year milestone, current chairman Chris Sturgess, who is part of the fourth generation of the business, said: ‘We are extremely proud of our long association with Jaguar. It is a superb brand to represent and has brought us into contact with many wonderful people, both as customers and colleagues within the wider Jaguar world.

‘We continue to deal with many families that buy Jaguars across generations and hope to continue to do so for many years to come.’

His father, Robin, racked up a number of triumphs racing Jaguars in the 1950s and 1960s. Another highlight for the group over the years was having as a Sturgess company demonstrator one of the first production E-Types. This was extensively raced and went on to feature in the cult 1969 film The Italian Job – and the car is still in existence.

Sturgess added: ‘The outlook for Jaguar has never been better. The brand has produced some remarkable cars over the last 70 years, but when you see what we have available today and what is coming in the near future, Jaguar ownership is becoming both more accessible and more exciting than ever before.’

On SuperUnleaded.com: Here are five things we’ve found out about the new Jaguar XF Sportbrake