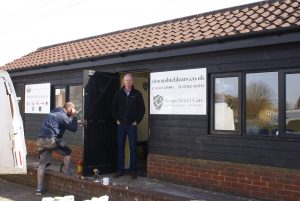 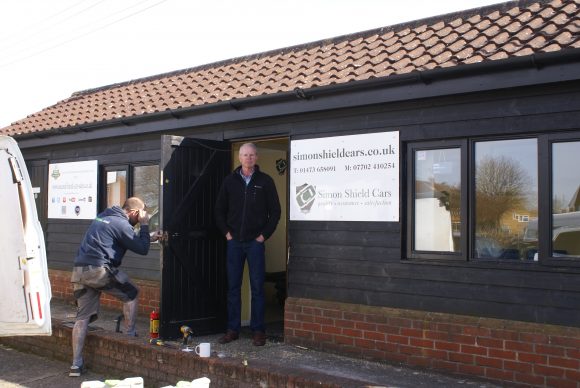 A CAR dealership in Suffolk has been targeted by crooks who broke into the premises before stealing three used cars together worth more than £30,000.

Simon Shield Cars in Great Bricett, Ipswich, was broken into on Thursday night. The thieves ransacked the offices before making off with a BMW M140i and two Ford Focus models.

The dealership is run by husband-and-wife team Simon and Caroline Shield and on Twitter, Caroline described the burglary as ‘devastating’.

Simon said: ‘I came in at 8.30 on Friday and there were three cars missing and the office door was broken. They had ransacked the office and turned all the drawers upside down.

‘The weirdest thing is that they stole three cars but there was nothing else missing out of the office – they didn’t take keys for any other cars – just the three had gone.’

The dealership was visited by an investigating police officer, who coincidentally was a customer of the business a few years ago. The officer’s theory was that the two Focuses would be involved in ram-raiding with the BMW used as a getaway car.

These three used cars were stolen from our forecourt last night, please retweet to help us find and recover them. This is our livelihood and our family business since 1996. We are devastated. If you see them call the police. pic.twitter.com/Q5w9BVNrgg

Asked if he was going to beef up security after the break-in, Simon said: ‘We will. We didn’t expect this. We’ve been here for 23 years. We’re right outside an army base, which has got very high security, and we have military police patrolling around because we have military housing opposite us.

‘And yet these chancers still did this. It could be worse – no-one’s been hurt, but it’s the commercial aspect that bothers me. I’m out of pocket to the tune of around 30 grand at the moment.’

Our picture shows Simon at his dealership while a friend of his mends a door broken by the crooks on Thursday night.