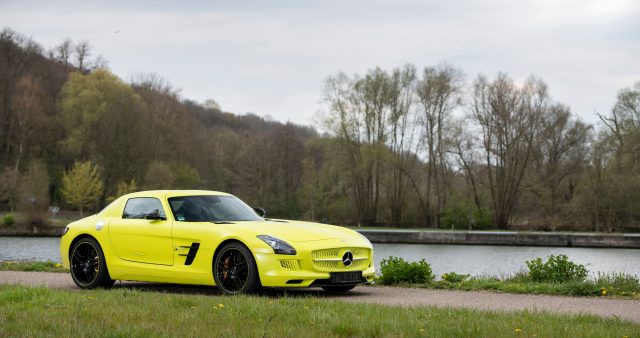 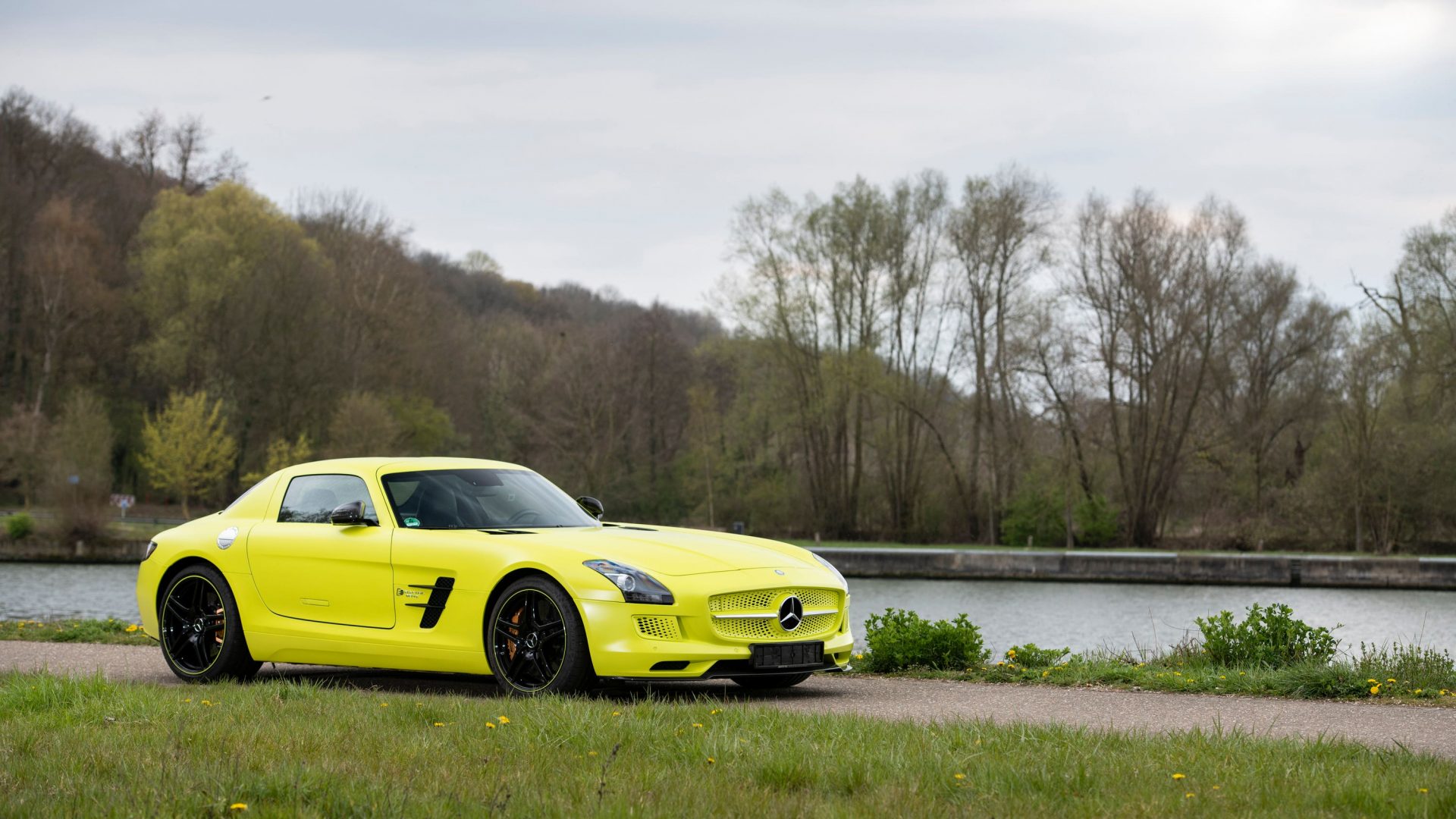 A super-rare Mercedes SLS AMG painted in vibrant lime yellow is up for sale with a £900,000-plus asking price.

The high ticket price is thanks to the SLS being one of just nine made and it having an important role in the development of Mercedes’ current zero emissions car range.

The SLS AMG Electric Drive was revealed by Mercedes-Benz at the 2012 Paris Motor Show when mainstream electric cars were in their infancy and high-performance EVs were a rarity.

It ditched the SLS’s customary 6.2-litre V8 and instead used four electric motors, one on each wheel.

Total output is 740bhp and 1,000Nm of torque while the lithium ion battery has a range of about 155 miles – about the same as a current Mini Electric. 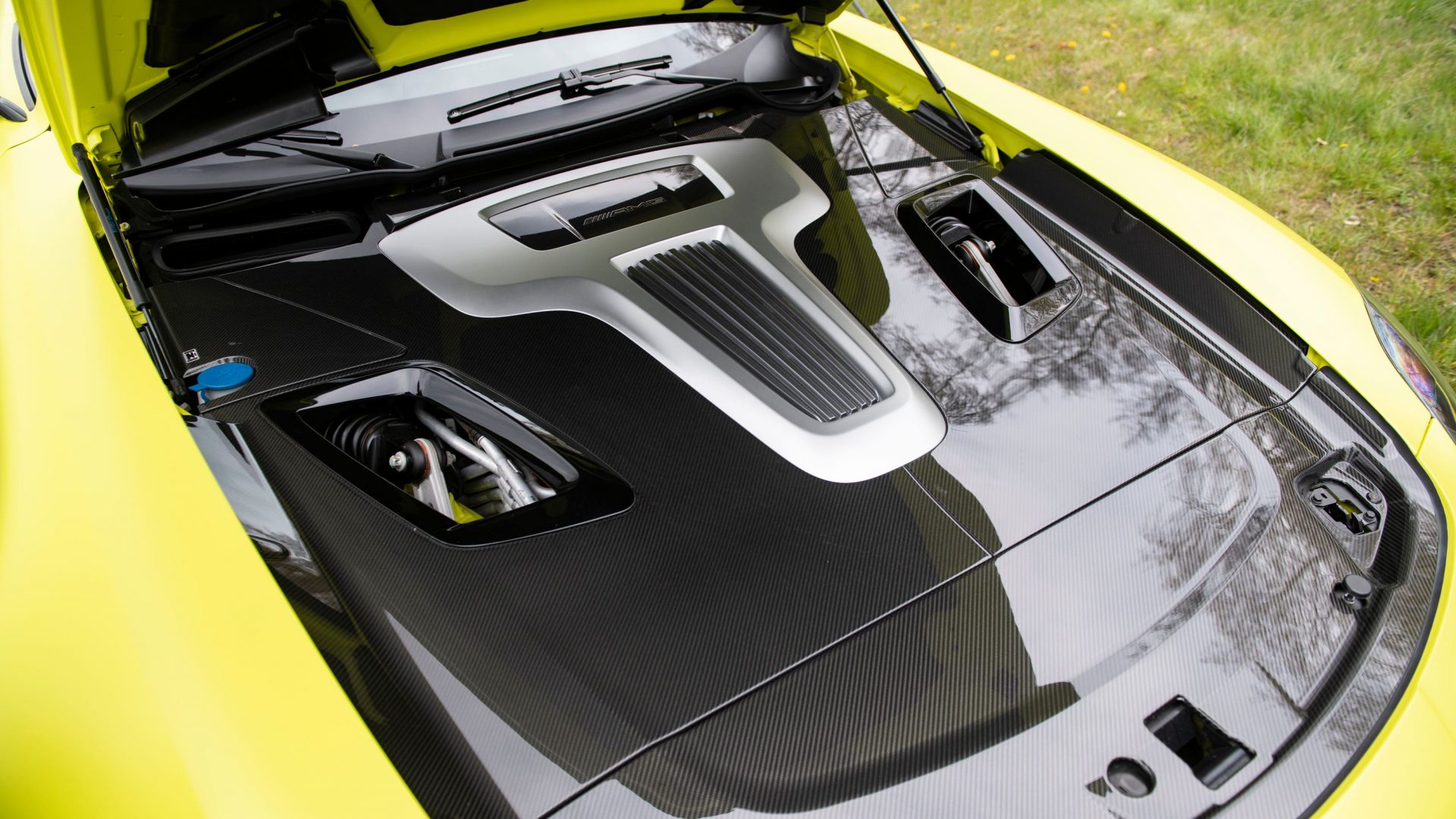 It can complete the 0-60mph sprint in 3.7 seconds, just 0.3 seconds slower than the hardcore SLS AMG Black Series, despite weighing 560kg more than the regular car.

The German firm had planned to make 100, but in the end just nine left the factory, making this an incredibly rare car, with opportunities to own one few and far between.

This particular model was delivered new to Switzerland but currently resides in the Netherlands.

It has just under 2,400 miles on the odometer, and comes with a file of service invoices from Mercedes-Benz. It’s also finished in the stand-out Green Electric launch paint, making it really stand out from the crowd.