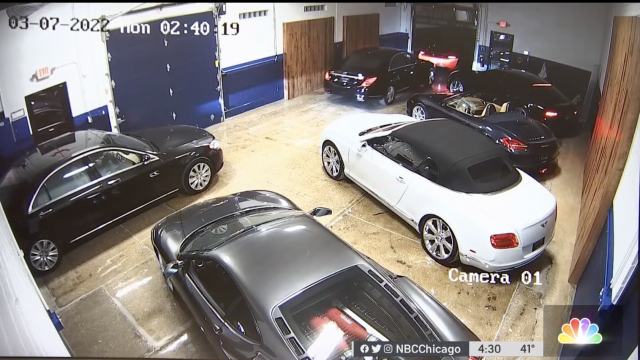 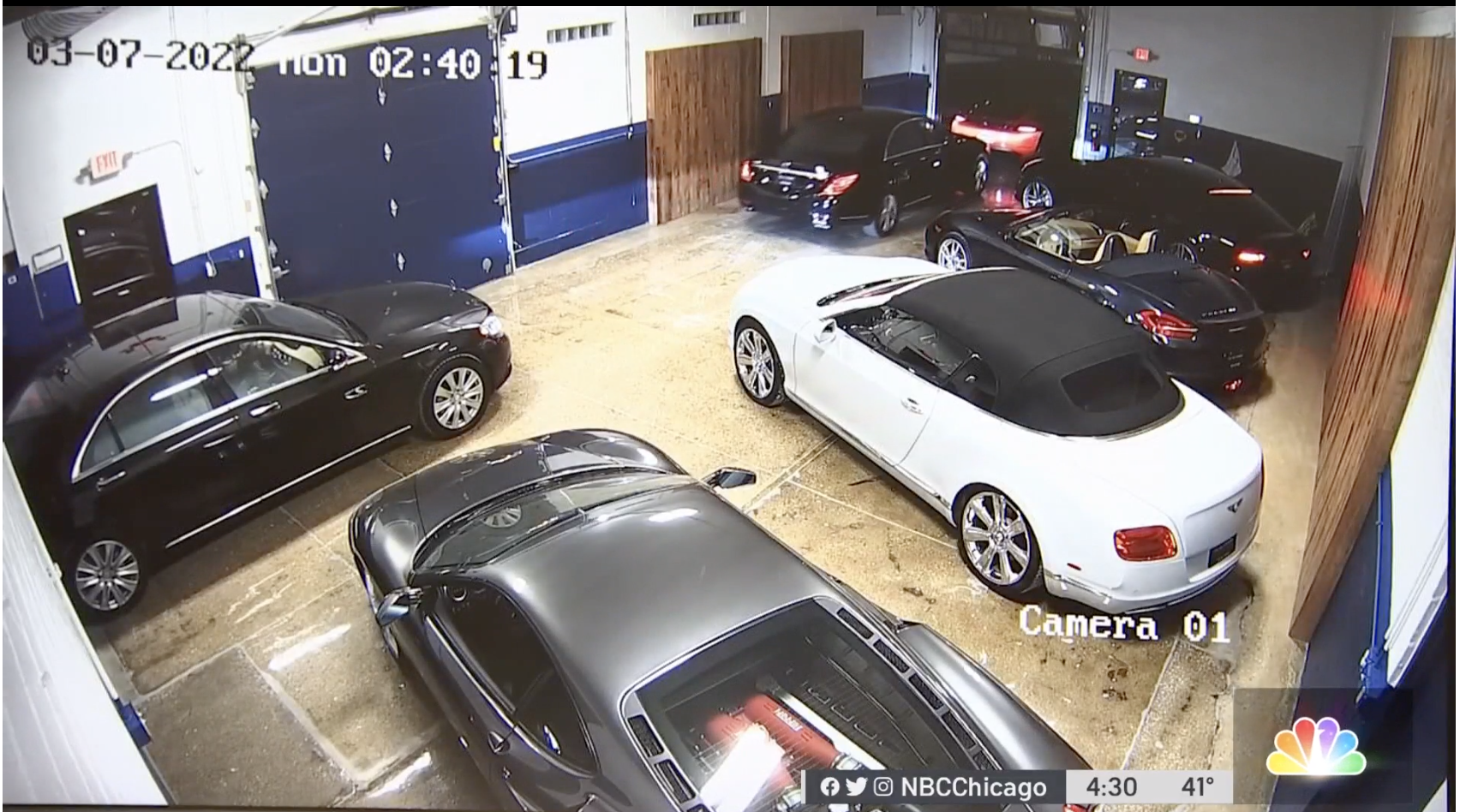 An audacious overnight raid saw nearly $1m (£760,000) of high-end vehicles stolen from a car dealership with the thieves making three trips to make away with 14 vehicles.

Autobarn Collection in Evanston, Illinois, captured the theft on its CCTV after the culprits disabled the alarm system and looked relaxed as they spent five hours stealing the vehicles.

Speaking to NBC Chicago 5, dealership partner Sam Mustafa said: ‘Over the course of five hours, they made three separate trips. It was shocking.

‘It doesn’t feel like these criminals are scared to be caught or prosecuted, which is a little scary for us.

‘It’s terrifying to think that they were just in here shopping.’

The team who stole the cars broke a window with a crowbar and disabled the security system. Police say they got away with 14 vehicles including a Mercedes, Audis, a Bentley and two Porsches.

Evanston police don’t have any suspects at the moment but believe the cars will be easily identifiable.

Speaking to the Chicago news station, Commander Ryan Glew said: ‘Some of the vehicles were pretty unique, so they should be easy to spot.’