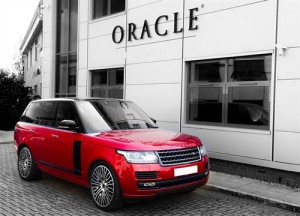 Supercar sales in the south double that of the north

THERE is more than twice the demand for supercars in the south of the UK compared to the north, according to research by luxury car funding firm Oracle Finance.

The supercar finance company has delved into its deal history from the last 12 months and has found that 48 per cent of its buyers came from the affluent south of the UK, compared to just 20 per cent from the north.

Oracle Finance – which provides funding for supercars like the Ferrari 458 and McLaren 650S and luxury cars like the Range Rover – found that the Midlands bought as many new cars as those in the north, with 20 per cent of the firms deals completed in that region.

Buyers in Scotland bought six per cent of the supercars funded by Oracle Finance, nearly four per cent headed to Wales, while less than one per cent went to Ireland.

Managing director of Oracle Finance Peter Brook said: ‘The north south divide has been clearly demonstrated by our data on the super car finance deals we’ve arranged around the UK.’

‘For years there have been reports of the difference in house prices and wages between the north and the south and now our figures demonstrate that there is a distinct difference when it comes to luxury car purchases too.

‘We were shocked at just how much of a difference there was though – we weren’t expecting the south to account for more than double the north’s supercar purchases.’

In the south the top five areas for super car sales were London, Surrey, Essex, Berkshire and Middlesex.

In the north the most sales were in West Yorkshire, Lancashire, Cheshire, North Yorkshire and South Yorkshire.

Brook added: ‘The good people of Yorkshire certainly like their supercars, but the finance packages we arranged there were no where near the numbers we arranged in the south.’

‘The figures really are clear – those in the south seem to have the desire and the spare capital to put down a deposit on the car of their dreams and pay for the competitive finance packages we arrange.’

Oracle Finance is now opening new offices in London to cope with the increased demand for luxury cars in the City.

MORE: Special Ford Stores to be created to sell Mustang and Vignale