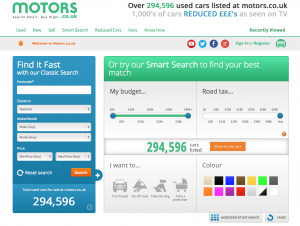 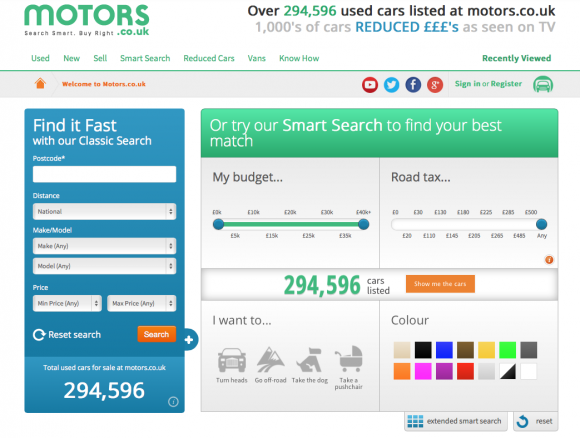 CAR search site, Motors.co.uk, today revealed a significant step-change in the volume of unique visitors across its growing network.

The data, as measured by comScore, the independent digital analytics company, shows the Motors.co.uk network continued to expand in January 2015, with growth of 49.8 per cent over the same month in 2014.

Andy Coulthurst, managing director of Motors.co.uk, explained: ‘A surge in visits to Motors.co.uk from mobile and tablet devices, continued investment in TV advertising and a commitment to growing the portfolio of sites within our network has driven a record level of in-market car buyers to the platforms that advertise our dealers’ stock.’

Coulthurst added: ‘We are all very excited at being able to deliver this incredible result for our dealers and everything points towards us extending this growth in March.

‘Our new Smart Finger TV campaign has already delivered record responses for dealers and stock levels are at an all-time peak of 290,000 cars.’

Most leading UK car dealer groups choose to advertise their used car stock on both the Motors.co.uk network and with Autotrader.co.uk.

MORE: Come along and join us… be part of a very special day!