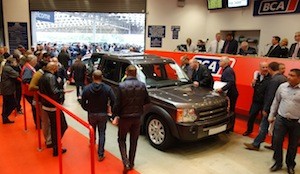 BRITISH Car Auctions and Haversham Holdings have reached an agreement on the terms of the £1.2billion deal under which Haversham becomes the new owner of BCA.

This cash and stock deal will be funded by £1.03billion share placement and £200million loan.

Haversham has proposed to change the auction house’s name to BCA Marketplace. The new company is expected to list on the main board of the London Stock Exchange.

‘BCA is a market-leading business with a unique position in the used vehicle marketplace. Haversham’s management team sees exciting growth opportunities in the changing European used vehicle market and plans to refresh BCA’s strategy to enhance its strong growth record.’

CD&R partner David A. Novak said: ‘We have been delighted with our investment in BCA. The operating improvements and growth initiatives implemented with management under our ownership have transformed BCA from a traditional used vehicle physical auction business into a multi-channel marketplace. They have provided BCA with a strong foundation for continued growth and a rewarding future.

‘We are confident that the talented group of managers at the company, under the leadership of Avril Palmer-Baunack and the Haversham team, will continue to drive strong performance in the future.’

BCA was founded in 1946 as Southern Counties Car Auctions and sells more than 12,000 vehicles a week across the United Kingdom and Europe. The is predicting 2014 revenue of about 886 million pounds.

MORE: Order your FREE tickets to the Car Dealer Conference and Automotive Expo

MORE: Twitter signs up to speak at our conference and automotive expo

On SuperUnleaded.com: The weird, wonderful and collectable from eBay this week