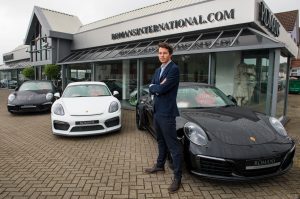 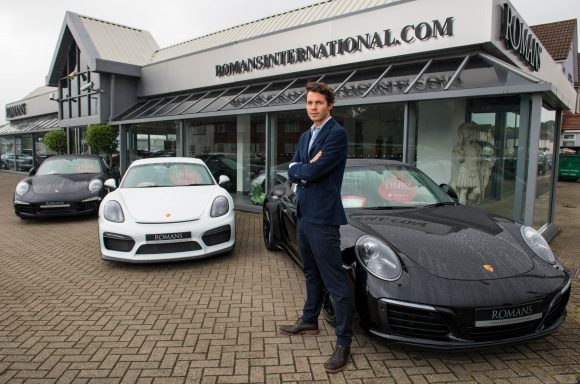 Surrey dealership named one of the fastest-growing businesses in Europe

SPIRALLING demand for supercars amongst London’s super wealthy elite has seen a Surrey dealership named as one of the fastest-growing businesses in Europe.

The huge surge – fuelled by an ever increasing number of millionaires and billionaires calling London home and the uncertainty of traditional investments – has seen the company named in the Financial Times’s list of 1,000 fastest-growing companies in Europe.

And with supercars continuing to fly out of its showroom, there’s no sign of demand slowing.

This year is shaping up to be Romans’ best ever. Already it has sold a Maserati MC12 and a pair of Ferrari LaFerraris, with all three of those supercars approaching prices of £3m each.

The Ferrari 458 Speciale, another highly-prized model, has been bought and sold by the dealership 25 times since 2015 and most recently for a price around £350,000.

Tom Jaconelli, director, said: ‘Trade in supercars has been phenomenal in the last few years and demand is continuing to outstrip supply.

‘We’ve been trading for over 20 years and have never known business to be so strong – even when the economy has been at its best.

‘With continued uncertainty in the markets, investors are seeing collectable, high value cars as an increasingly attractive option to invest their money. It’s not uncommon to have sold the same car two or three times in a year as values have risen and owners try to turn a quick profit, many making thousands of pounds in just a couple of months.

‘Some of the cars are definitely worth playing the long game for though – we’ve seen some cars more than double in value in the space of two or three years and when it’s a £1million car to begin with that is one very handsome profit for the customer when he decides to sell it.’

MORE: ‘2020 target to be missed’ as UK car production drops by nearly 14 per cent

On SuperUnleaded.com: If your garage is more important than your house, this £3.25m luxury home could be for you