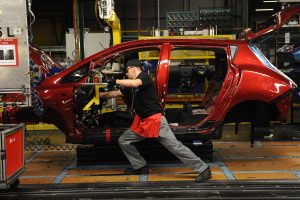 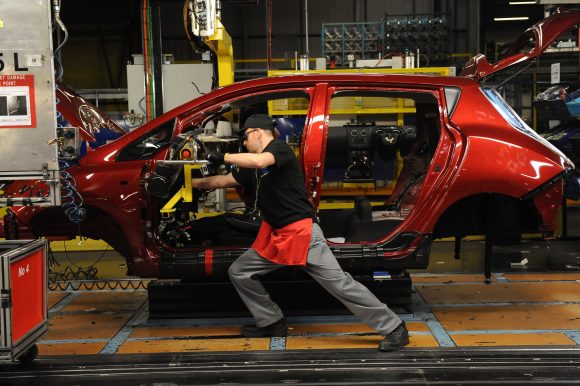 THE number of cars built in the UK last month fell by almost 14 per cent as the industry continued to be affected by uncertainty over Brexit, new figures out today reveal.

Almost 137,000 cars left production lines – 13.7 per cent down on June last year – amid a decline in demand for cars in this country.

The Society of Motor Manufacturers and Traders (SMMT) reported that exports were driving production, with almost four out of five British cars shipped overseas in the first half of the year, making it the highest for five years.

The number of cars built in the first half of the year was down by 2.9 per cent to 866,656, with home demand down by 9.5 per cent following a long period of record growth.

A study for the SMMT showed that the ambition of building two million cars in 2020 will now be missed.

Despite uncertainty in the industry, production is forecast to rally for the rest of the year as new and updated models are launched.

‘At the heart of this has been the free and frictionless trade we’ve enjoyed with the EU – by far our biggest customer and supplier – but Brexit uncertainty is not helping investment and growth is stalling.

‘The government has been in “listening” mode but now it must put on the table the concrete plans that will assure the future competitiveness of the sector.

‘Investors need certainty so, at the very least, the UK must seek an interim deal which maintains single market and customs union membership until we have in place the complex new agreement sought with the EU.’

Hawes said things had changed for the industry since the EU referendum, describing the year so far as ‘turbulent’.

The EU remained the biggest region for exports, with a share of 54 per cent so far this year, down by 7.9 per cent on a year ago, with the United States second at 15 per cent, up by more than a third. The next biggest overseas markets were Germany, Italy and China.

Investment in the UK by car firms last year totalled £1.66 billion but was only £322 million in the first six months of 2017.

Hawes said it was clear that firms were waiting for clarity on future trading arrangements, adding: ‘Our industry depends on trade with Europe.’