Home > News > The most extreme car showroom ever? 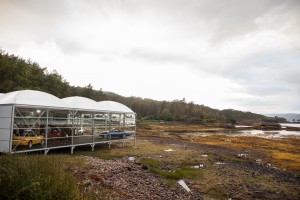 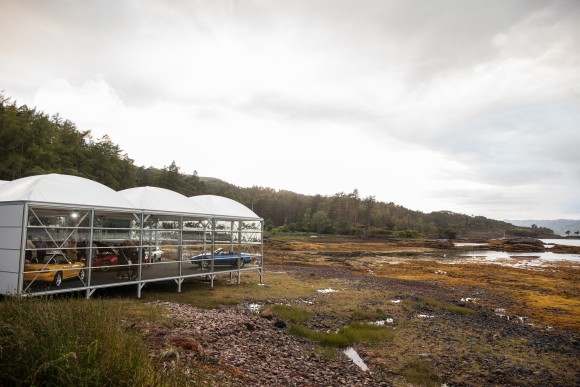 The most extreme car showroom ever?

MAZDA created a custom-built conference facility in the heart of the Scottish Highlands, resulting in undoubtedly the most extreme car showroom you could imagine.

Having decided to launch the all-new MX-5  at Loch Torridon – a place seemingly made for its agile, lithe dynamics – Mazda realised that this made it equally as difficult for the UK’s motoring media to reach, let alone make it possible to host a car launch. This resulted in its incredible creation, pictured above in an image taken by our photographer Jonathan Fleetwood. 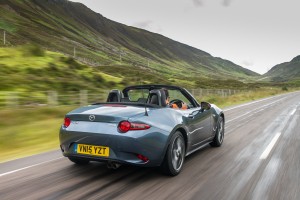 For those unacquainted with Scottish geography, the loch requires a flight to Inverness, only to drive west for 65 miles before tackling a 10-mile stretch of rough track leading towards the remote location…

Although only a temporary structure, standing for just one week, Mazda hoped that it left an impression on its visitors and demonstrated its commitment to the extremity and thrill of sports car motoring. 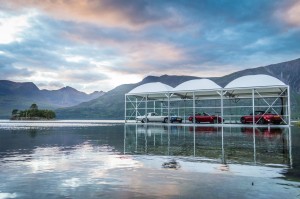 The ‘glass box’ acted as a spectacular base from which to access the sensational Applecross pass, a winding ribbon of asphalt that rightfully claims to be one of the most dramatic roads in the UK.

As a result, respect is due for Mazda, undertaking such a huge effort in order for the press to experience the MX-5 on a road it was born to blast down, and for – pardon the pun – thinking outside the box.

MORE: Get your nominations in for this year’s Car Dealer Used Car Awards

On SuperUnleaded.com: Idiot selfie stick driver crashes while filming himself