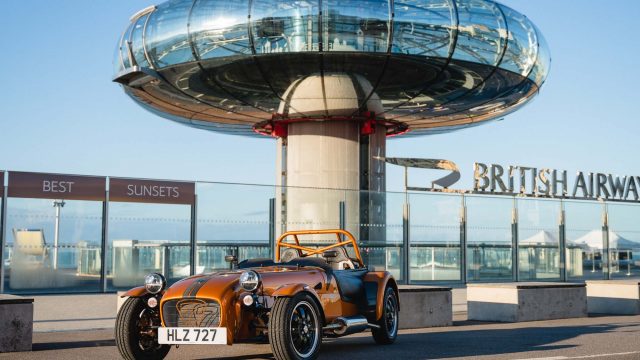 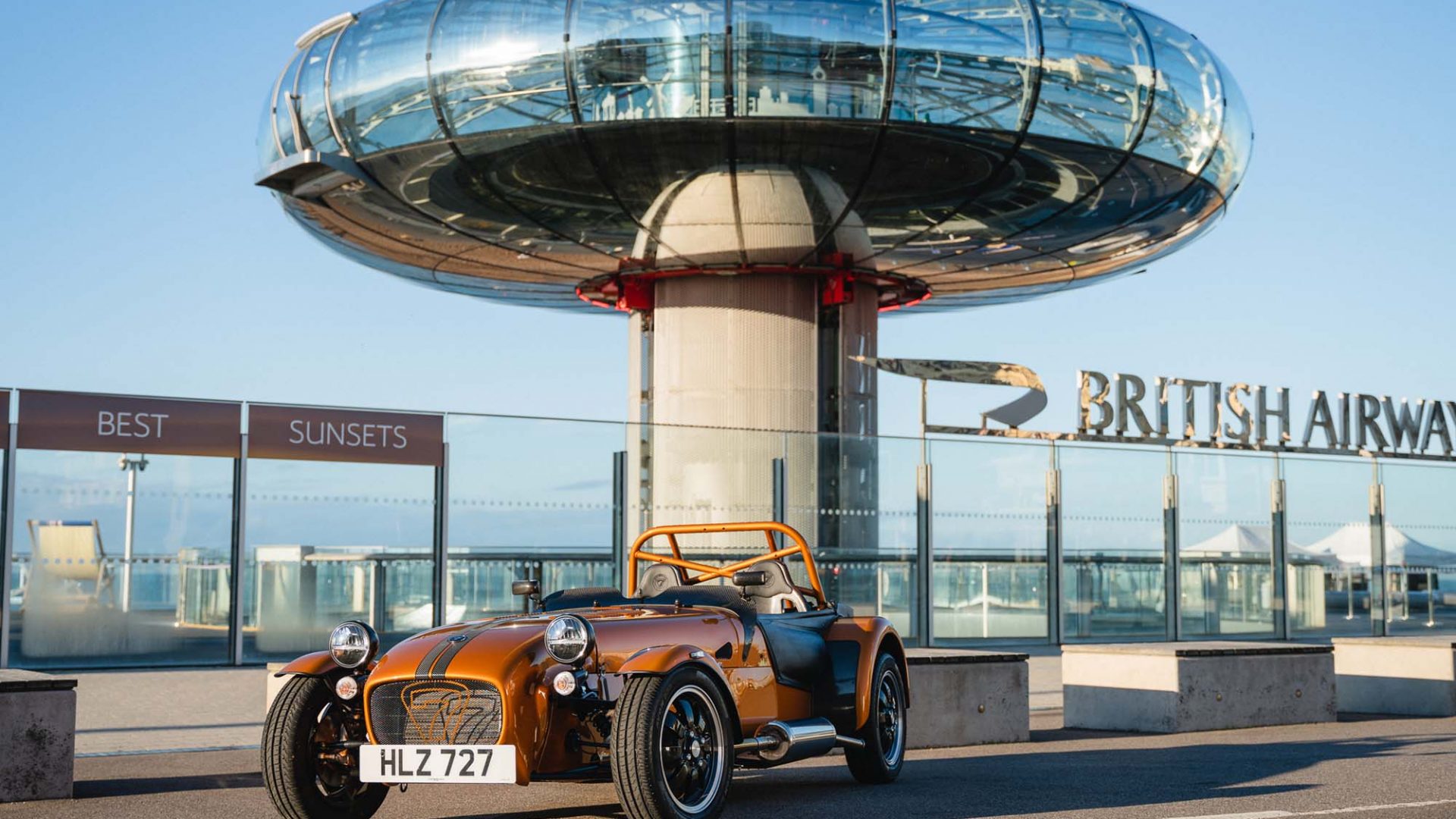 The sky will be the limit for Caterham pop-up store

Caterham Cars is to open what it claims will be the world’s highest dealership – 450ft up on Brighton seafront.

The pop-up store will be in the British Airways i360 pod on Thursday, September 30 to celebrate Caterham’s new Seven 170 – its lightest car – being revealed.

The iconic manufacturer will also be rising to what it says is its most ambitious car build challenge by assembling a Seven 170 from scratch in about six hours.

To put that in context, it’s estimated that a one-person build takes around 100 hours.

Caterham Cars chief executive Graham Macdonald said: ‘This is our lightest-ever product so we wanted to launch it in a memorable way.

‘We certainly feel opening the world’s highest car dealership in the British Airways i360 does that while also bringing to life how light the car is.

‘In addition to opening the dealership, our team of engineers will showcase one of the most exciting things about our product – that you can build it yourself.

‘We have built cars in interesting places before but never this high. It will certainly add another layer of complexity and excitement to the build.’

The temporary store is being backed by Avon Tyres and Halfords Advanced, and Halfords workshop buyer Emma Bailey said: ‘As the official tool suppliers of the Caterham Racing series, we are delighted to be supporting this brilliant event.

‘We supply Halfords Advanced tools to all Caterham race technicians across five manufacturer-backed championships, meaning hundreds of drivers benefit from our tools.’