Home > News > Redgate Lodge: Think out of the box and look on the positive side 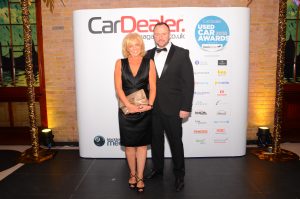 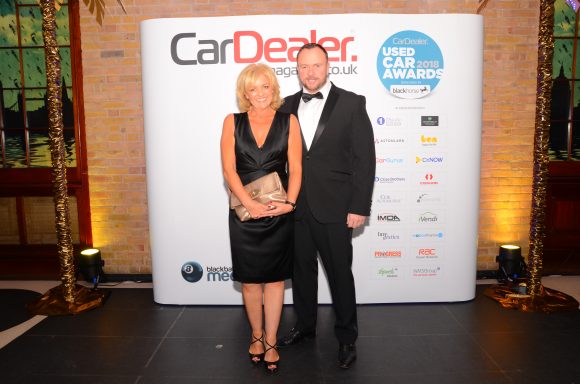 Redgate Lodge: Think out of the box and look on the positive side

DEALERS must come up with bright ideas and think positively if they’re to stand a chance of winning the battle to attract customers during the coronavirus pandemic.

That’s the advice from Scott Sibley, director of multi-award-winning dealership Redgate Lodge, who has been working hard to innovate since the crisis erupted.

Speaking to Car Dealer Magazine today, he said car sales had dropped off a little bit but they were still shifting metal at the Newcastle upon Tyne business, which also has a service department and bodyshop.

The important thing is to think out of the box to attact people, he said, and that’s just what he’s doing.

‘What we did yesterday on social media was an offer for the NHS and that was free valeting of your car and come and have a coffee . . . The phones went a bit mad! The lads said it was like a call centre! Lots of doctors and nurses were sharing it. It’s done really well, so it’s fully booked to the second week of April – we’re booking one in every hour.

‘It’s just a way of generating a bit of footfall, getting people to come to the garage and see what we do and what we’re all about.’

His public-spirited gesture to the NHS workers who are under even more pressure at the moment equates to keeping up public and positive awareness of the company. And while people are there, it’s always a good opportunity to get into an unpressured conversation with them to see if they’re interested in a future car purchase, he added.

Other ways to attract customers have been a £25 discount on its top-of-the-range valet, which includes anti-bacterial treatment, as well as Home Drive, whereby vehicles are taken to people’s homes for them to test-drive.

Scott – who runs the dealership with wife Jane – added that it was important to ‘keep hammering the social media’. He’s been pushing it for about six years and the business now has some 60,000 followers.

‘Dealers just need to be a bit pro-active and think outside the box and get behind the social media,’ he said.

‘Think of offers, or ideas a little bit like the NHS one which we did –   something like that to try to get people through the door. That’s the key, otherwise they’ll just sit there and stare out the window and just get consumed by it all.’

That’s something he’s determined won’t happen at Redgate Lodge, which has won a slew of Car Dealer Used Car Awards, and it prompted a valid point from him about putting a positive spin on things.

‘The industry’s quite hard as it is without this but I’ve spoken to my lads and said that on the positive side, people who aren’t going on holiday because they can’t, and not going to pubs and restaurants to spend their money, are going to have money in their bank accounts, so to cheer themselves up they might actually say “Do you know what? We’re not having a holiday this year but we’ll change the car.” Or if they’re nervous about changing their car they might say “We’ll keep the car for another year and we’ll get it serviced and MOTed, get a bit of paintwork tidied up and get the wheels done” or whatever.’

And Scott’s final message to dealers? ‘We’ve just got to hang in there.’

Pictured are Jane and Scott Sibley at the 2018 Car Dealer Used Car Awards, where Redgate Lodge won in the Best Dealership Use of Video category and Jane was highly commended as Dealers’ Dealer of the Year

MORE: How I’m faring in the coronavirus crisis – and what you can do to get through it

MORE: ‘It could be appointments only – or possibly temporary closure next week’

MORE: Coronavirus – Your responses to the question: ‘How are we all coping?’