Home > News > Umesh Samani: How I’m faring in the coronavirus crisis – and what you can do to get through it 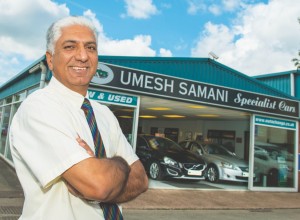 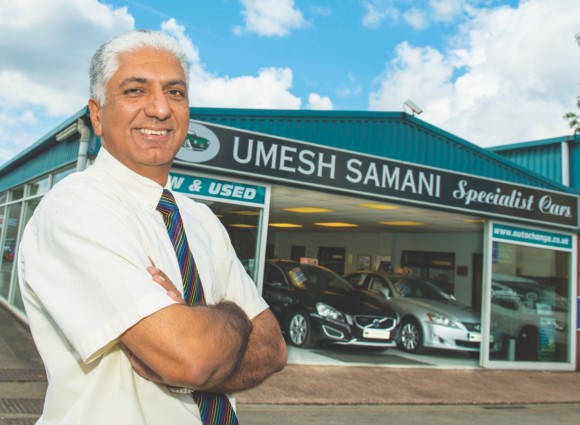 Umesh Samani: How I’m faring in the coronavirus crisis – and what you can do to get through it

ONE of the UK’s most high-profile car dealers has shared his experiences of working during the coronavirus outbreak – and has suggested some hints and tips for others.

Umesh Samani, of Specialist Cars, Stoke-on-Trent, suggested that the best thing for dealers to do was to ‘try to keep confident and not to get too down about it’.

Speaking to Car Dealer today, he said: ‘We’re all in unknown territory and we don’t know what is going to happen – but we’re not alone. The same applies to other industries.’

Describing the worrying situation no doubt being experienced by many Car Dealer readers, he added: ‘Footfall is down, the phones aren’t ringing, people aren’t coming in and we’re not receiving that many emails.’

But taking a pro-active approach, he added: ‘This doesn’t apply to all dealers but there are some who rely on classified sites when there are other platforms and other ideas out there. Social media is an area where I do very well and so do lots of other dealers.

‘It’s a question of keeping your name in front of the audience – it’s not just sell, sell, sell, it’s about building the brand and explaining what services you offer.’

Umesh knows what he’s talking about as a multiple winner at the Car Dealer Magazine Used Car Awards over the years. He added: ‘Video I think is a big one. I’ve been shouting about video for many years now and videos sell cars.

‘Too many dealers don’t do videos, but it’s important to remember that they make life easier for a consumer – especially at the moment.

‘A potential customer can sit at home and if there’s a video they can watch on a dealer’s website, they know exactly what they’ll be getting for their money. That will give them the confidence to say, ”you know what, I’ll buy that car unseen”.

‘And with the technology today, why not send a customer a personalised video? That could be followed up with the dealer delivering the car to their house if they’re worried about being around other people at the moment.’

Turning to what dealers maybe shouldn’t be doing, Umesh said: ‘Don’t sit in your dealership saying, ”it’s quiet, it’s dead, I can’t do anything.” Dealers can focus on their websites – sort out those poor images and inaccurate descriptions and you’ll draw more people in.

‘Also, look at your expenses and cash flow – it’s a question of watching the pennies at the moment.’

We mentioned that some websites had seen an increase in demand for cars at the lower end of the price spectrum and Umesh said: ‘The problem we’ll have soon is the knock-on effect on people’s confidence. People might have a second car which might be on a PCP, but if they get laid off, have to go on short time or even lose their job, that car will have to go and they might need to downgrade. Cheaper cars are going to be more in demand.’

Umesh said he had been offering a collection and delivery service to customers who were concerned about Covid-19 but needed to get their cars serviced. He said: ‘I’ve been telling them, don’t worry about it – you can pass me the keys through the letterbox if you wish! Sometimes you need to go above and beyond to keep customers in the long-term.

And he concluded: ‘For anyone looking to get rich quick, I don’t have the answers – but if you look after your customers properly when they need you, you can build a nice, steady business.’

MORE: Your answers to the question: How are we all coping?