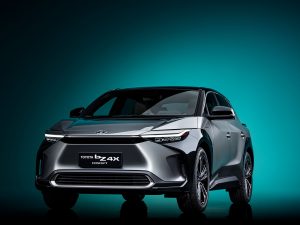 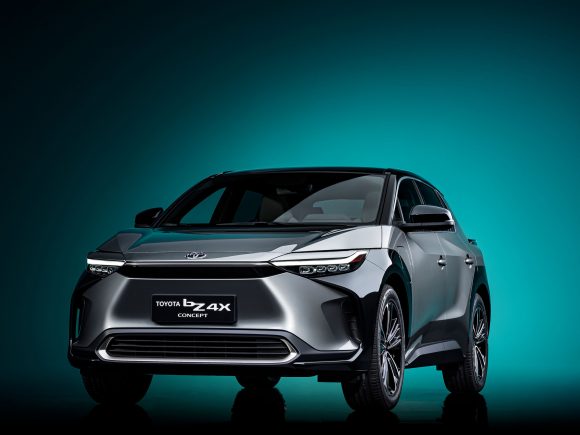 Toyota has taken the wraps off a new concept SUV that gives the world the first look at a series of electric vehicles from the manufacturer that are to go on sale from 2022.

The bZ4X, which has been developed with Subaru, is medium-sized and has all-wheel drive.

The ‘bZ’ refers to Toyota’s Beyond Zero commitment to carbon neutrality and beyond, which the manufacturer says makes it ‘more than just a means of transport’ – it’s ‘a comfortable and connected space where people can enjoy spending time together on a journey’ as well.

The SUV also is said to have a solar charging system that improves the range, which is yet to be revealed. 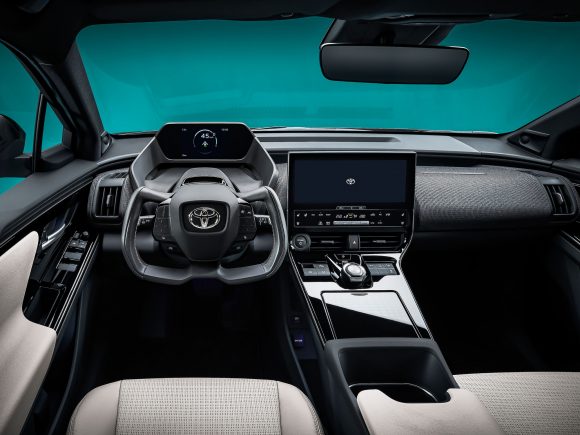 A new steering system means the driver doesn’t have to move their hands around the wheel while driving, hence the quirky shape

A long wheelbase and short overhangs maximise the gap between the wheels, with the battery flat and low beneath the car. As a result, Toyota says the concept has similar rear legroom to a much larger SUV.

The quirkily shaped steering wheel is a result of a new steering system that means the driver doesn’t have to move their hands around the wheel.