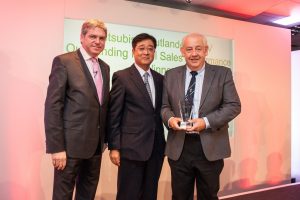 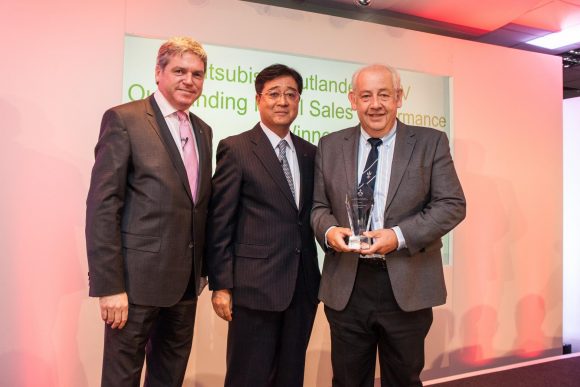 Osamu Masuko – the man who engineered the Mitsubishi-Nissan alliance – has died aged 71.

Masuko had been named a special adviser to Mitsubishi at the start of August when he resigned for health reasons.

He died on August 27 after a heart attack.

Masuko was said to have kept a close eye on the brand’s performance in the UK and former Mitsubishi Motors in the UK managing director Lance Bradley, who worked closely with him, paid tribute to his former boss on social media.

‘I was very sad to hear the news of Masuko-san’s passing,’ he wrote on LinkedIn.

‘He was a great supporter of the UK Mitsubishi business during my time with the brand, and very good to me personally.

‘It was Masuko-san who agreed our Outlander PHEV “same price as diesel” strategy, which it could be argued kick started the EV market in the UK back in 2014.

‘We agreed the deal in a restaurant in Tokyo, and he scribbled our agreement on a placemat. That was all it took – with that the deal was done. He was a real visionary, and absolutely a man of his word.’

Current Mitsubishi UK boss Rob Lindley added: ‘Very sad news about Masuko-san. He will be much missed by everyone connected with Mitsubishi Motors.’

The partnership with Nissan and Renault came at a time when Mitsubishi needed a global hand to be competitive on the world stage.

The company told the Japan Times: ‘During his tenure for about 16 years at MMC, Masuko made great achievements by fully demonstrating his management skills, which also enabled the company to overcome difficulties.’

Mitsubishi in the UK is reeling from news that the brand has withdrawn development of models for Europe, effectively killing off the manufacturer in the UK.

Car Dealer reported that its dealers were shocked when they heard the news, with one telling us the brand could disappear within months as new car supply dries up.

One Mitsubishi dealer told Car Dealer that he’s been informed no more ASX models or Outlanders will be coming into the country and that they can sell what is left at the Portbury docks.

He is unsure how many are left, but suspects ‘not a lot’.

In an exclusive interview with Car Dealer, boss Lindley said he even he was as shocked as the dealers when he learned the news, but added that the importer is ‘accelerating talks with other brands’.

Dealers are likely to be offered a franchise with this new brand once a deal is signed.

Lindley said manufacturers that are importing into Australia already are an attractive target as they are already producing right hand drive models.