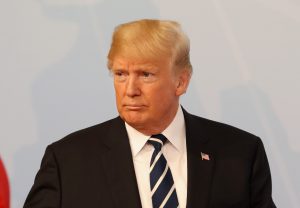 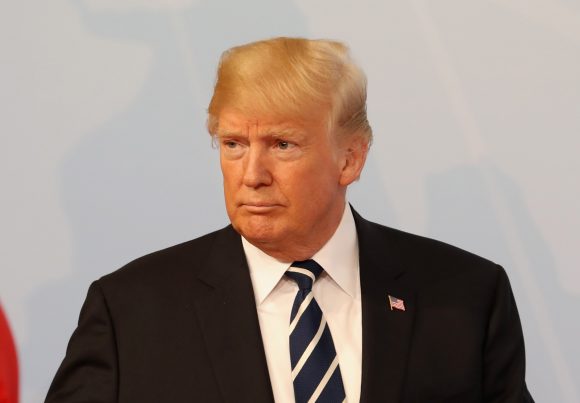 CAR bosses are ‘surprised and confused’ by President Trump’s announcement that he is planning to impose tariffs on metal imported to America.

The tariffs, which could be set at 25 per cent for steel and 10 per cent for aluminium, have the potential to drastically affect how European car manufacturers trade with the US.

America is one of Jaguar Land Rover’s biggest export markets and a tariff could cause significant issues for the brand.

‘We’ll have to wait and see,’ said Hicks. ‘It’s interesting. Like everyone else, we don’t know. Clearly America is a really important market for us, as it is for everyone else.

‘It took us by surprise, it took everyone else by surprise and now we’ll have to wait and see.’

Andy Barratt, UK chairman and managing director of Ford of Britain, described the president’s statement as a ‘Trumpism’.

‘Any uncertainty makes it difficult to plan,’ said Barratt. ‘You don’t invest on a short-term basis, you always invest for the long term, and there’ll be a whole host of investment positions that we’ve made that we’ll follow through. Any uncertainty is always a challenge to any business.’

President Trump said America’s economy had the potential to prosper if the applied tariffs triggered an international trade war.

Speaking via Twitter on Friday, he said: ‘When a country (USA) is losing many billions of dollars on trade with virtually every country it does business with, trade wars are good, and easy to win.

‘Example, when we are down $100 billion with a certain country and they get cute, don’t trade any more – we win big. It’s easy!’

When a country (USA) is losing many billions of dollars on trade with virtually every country it does business with, trade wars are good, and easy to win. Example, when we are down $100 billion with a certain country and they get cute, don’t trade anymore-we win big. It’s easy!

However, the statement was dismissed as ‘nonsense’ by Phil Webb, head of cars at Honda UK.

‘If there were some legislation in Congress then we could talk about it, but we can’t comment on it,’ he said. ‘We’ve got enough on our plate with Brexit.’

It would appear the tariffs could potentially cause more problems for foreign car makers operating within America using imported steel, rather than those exporting vehicles to the States.

Toyota North America issued a statement which said: ‘The Administration’s decision to impose substantial steel and aluminium tariffs will adversely impact automakers, the automotive supplier community and consumers as this would substantially raise costs and therefore prices of cars and trucks sold in America.’