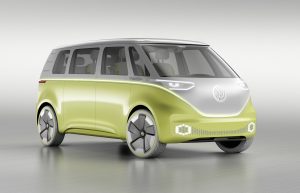 Current Beetle ‘won’t be replaced’ as work set to progress on I.D. Buzz

VOLKSWAGEN will not replace the Beetle in its current form, it is understood, with the maker not keen to ‘keep reinventing’ the retro hatchback beyond its current generation.

A senior source within VW confirmed the news – with the mk2 ‘new’ Beetle set to be the company’s last – at least in its current form.

Instead, Volkswagen will concentrate on making a production-ready version of the I.D. Buzz electric vehicle concept (pictured) – a throwback to the iconic VW ‘bus’ of the 1960s – while an all-electric Beetle could be a possibility further down the line.

The T-Roc convertible meanwhile – due in 2020 – will replace the current soft-top Beetle in the range until then.

It’s understood that the all-new electric-focussed platform on which the I.D. Buzz sits – named MEB – is key to why Volkswagen finally decided to put the reimagined bus into production.

A model true to the shape of the 1960s original simply wouldn’t be viable on Volkswagen’s existing front-engined platforms, a source revealed, and producing a new one specifically for the project would be uneconomical.

An modular EV platform, meanwhile, offers much more flexibility – 15 different VW Group models are destined to be based on MEB, though the firm is remaining tight-lipped as to what form the majority will take.

While the I.D. Buzz has already been confirmed, it seems less likely that an electric Beetle would make production. The current generation was a comparatively low-volume car for the brand, and flexible platform or not, a new EV version would still need to be profitable.

No dates have been confirmed for the current-generation Beetle’s demise, but we’d expect it to disappear from sale just before the next-generation Golf arrives next year – by which point the Beetle’s architecture would be two generations behind VW’s other models.

MORE: Lookers upbeat despite fall in profits during a ‘difficult’ 2017

MORE: Geneva Motor Show: The key cars to look out for