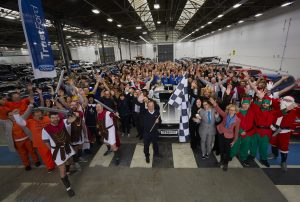 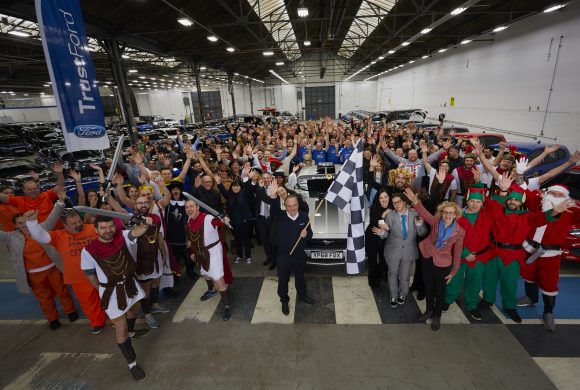 TrustFord teams set off on 25-hour driving challenge for charity

MORE than 200 colleagues have set off from TrustFord’s national fleet distribution centre in Warwickshire for a new charity driving challenge in aid of automotive industry charity Ben.

The 54 teams competing in Breakout for Ben have already raised more than £100,000 for the organisation.

They are all driving specially branded New Ford Focus or Ford Tourneo vehicles and were led off from the start by a classic Ford Mustang to begin their challenge of driving as far as they can in 25 hours. Each one has a £400 allowance for fuel, food and accommodation.

The challenge was set by the TrustFord chairman and chief executive Stuart Foulds in October to raise as much money for Ben as possible. Teams have been fundraising with colleagues, customers, friends, family and business partners to sponsor their team vehicles. 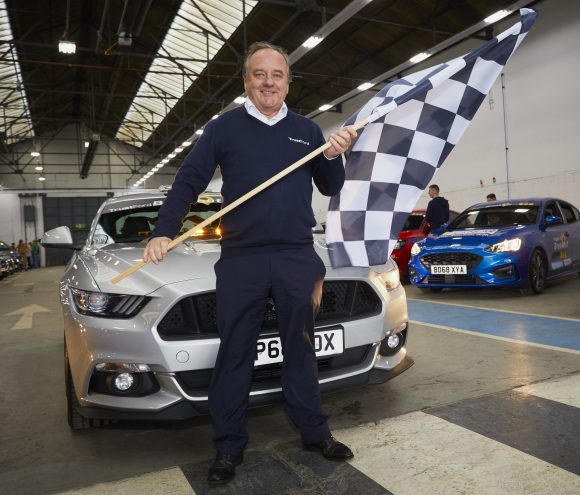 No matter how far teams travel, their ‘breakout’ is guaranteed to be carbon-neutral thanks to support from Castrol, which is offsetting all vehicle emissions by matching their mileage with BP Target Neutral credits to fund low-carbon development projects around the world.

Foulds said: ‘Ben is an incredibly important charity to all of us in the automotive industry and it has helped thousands of colleagues over the years.

‘Our Breakout for Ben challenge is the largest single fundraising event we’ve ever completed as a group and a huge undertaking! I’m incredibly proud of the team effort that has got us to the start line and already helped us raise a great total. I hope the teams have fun on the road, and I look forward to hearing about their adventures in raising as much money as they can!’

Zara Ross, chief executive of Ben, said: ‘We’re delighted TrustFord is supporting us through Breakout for Ben. Our funding comes entirely from the automotive industry, so support like this is vital to help us provide support to those going through some of life’s toughest challenges.

‘We wish all of the TrustFord teams the best with this great new initiative! Thank you to everyone taking part in this challenge and supporting them.’

MORE: The weird and wonderful cars taking part in Bangers4Ben 2018