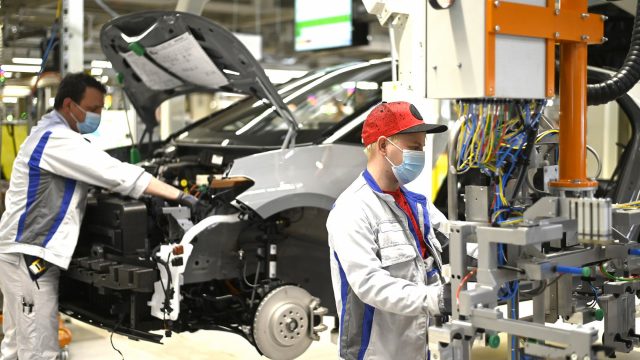 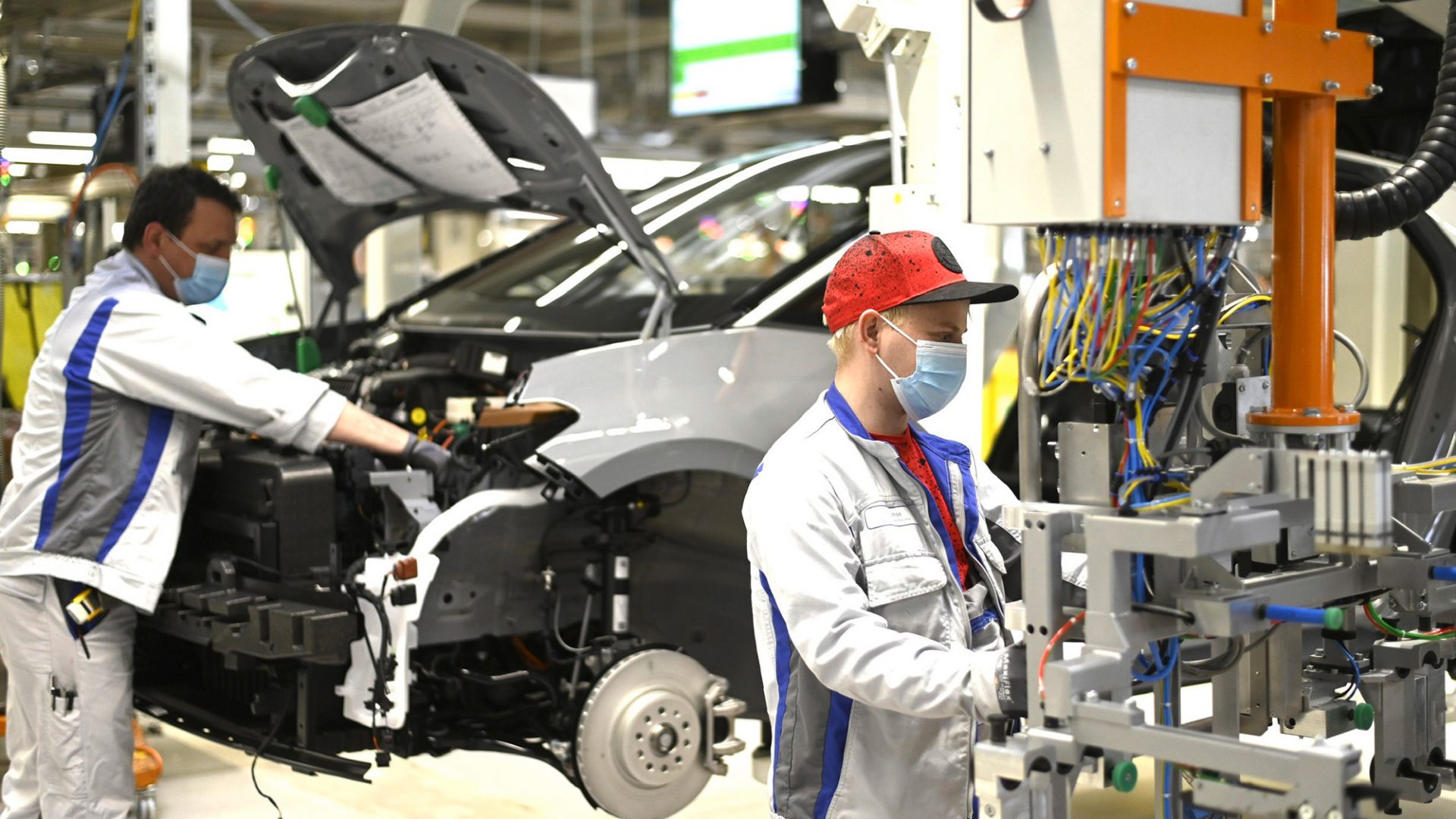 More than 62,000 cars rolled off UK production lines in May in the first month of growth for almost a year, the SMMT has revealed.

Data released today (June 30) by the trade body showed a 13.3 per cent rise in production with 62,284 units leaving factory gates.

However, the organisation has urged caution as the figures are being compared to the Covid-affected May 2021.

The figures still compare dismally when put up against pre-pandemic levels, with output remaining 46.3 per cent below May 2019.

The SMMT says the struggles are a result of ‘ongoing supply chain issues, increasing economic uncertainty, rising business costs and disruption caused by the war in Ukraine’.

Despite that, production for both the overseas and domestic markets increased year-on-year in May, by 8.9 per cent and 39.5 per cent respectively.

Exports accounted for 82.1 per cent of all new cars built, with almost six-in-ten of these destined for the EU. However, shipments to the US decreased by 35.4 per cent.

May was also a positive month of electrified vehicles, with BEV production increasing by 108.3 per cent.

Meanwhile, more than one-in-five (22.6 per cent) of all cars built last month was alternatively fuelled, up from 19.3 per cent last year.

The biggest driver of the slump has been a 26.9 per cent decline in exports and a further 4.5 per cent fall in production for the domestic market.

‘With the industry racing to decarbonise, we need to safeguard manufacturing competitiveness, drive investment and develop the skill base.

‘Government and industry have a role to play in this transformation and collaboration will be essential if the UK is to remain at the forefront of automotive innovation.’

What does the industry think?

The positives from the latest manufacturing figures are that electric vehicle production continues to rise and that overall output is up for the first time in 11 months – though still somewhat down on pre-pandemic levels.

Unfortunately, those are about the only positives, as rising energy costs are compounded by an ongoing semiconductor shortage that is causing both short run and long run concerns for manufacturers.

A potential trade war with the European Union is another issue for automotive manufacturers in the country, many of which are currently either in the process of either refitting factories in the UK to suit electric vehicle assembly, or looking to build new ones.

Uncertainty over trade deals is the last thing they need.

For a sector that employs 797,000 people across the UK, and which added £11.9bn in value to the UK economy last year alone, greater government support and consideration is needed to ensure stability and growth in the coming months and years.

The automotive sector is a key employer and economic driver for the country and should not be left unsupported.

Ongoing challenges continue to stall any progress towards recovery for the automotive industry, with persistent hurdles causing headaches for manufacturers.

In the face of uncertainty and issues caused by Russia’s invasion of Ukraine, the well-documented semiconductor issue continues. Stellantis is pulling the handbrake on production in several Citroen and Peugeot factories in France, and Ford has recently closed its order book for the new Fiesta due to production difficulties.

The chip shortage is showing no signs of easing for the foreseeable future. Intel’s CEO Pat Gelsinger warned earlier this month that he expects the issue to run into 2024.

Though demand may begin to cool due to the soaring cost of living, dealers are working hard to navigate the challenges and ensure that forecourts are well stocked. Using all available insight and market data is key to ensuring that prices are optimal, and stock is suited to consumer trends.