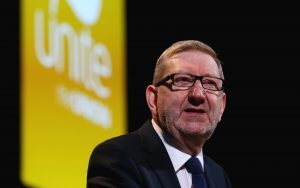 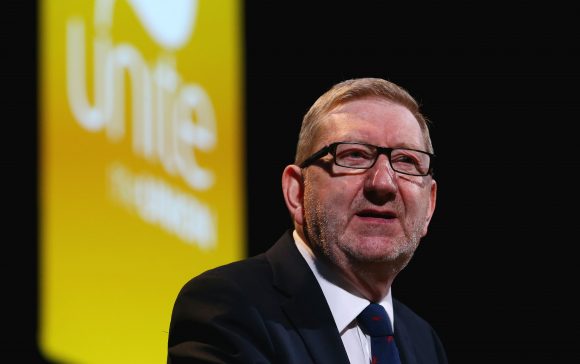 THE boss of Peugeot has given assurances that Britain’s Vauxhall plants will see out their existing production runs, but also raised the issue of Brexit uncertainty, according to the UK’s biggest union.

Len McCluskey, pictured, Unite’s general secretary, said he came away from a meeting with PSA chief executive Carlos Tavares without his ‘optimism being dented’ and said their discussion had been ‘open and relatively positive’.

Ellesmere Port has agreements in place to build the Vauxhall Astra until 2021, while the Luton plant is under contract to manufacture the Vivaro van until 2025.

However, the PSA boss is said to have raised the issue of uncertainty surrounding Britain’s future outside the European Union during talks over PSA’s proposed takeover of General Motors’ loss-making European arm.

The news comes after Tavares said yesterday that the deal could result in ‘speedy’ cost savings as the UK car industry braces itself for the potential impact of life outside the single market.

He is also due to meet with Business Secretary Greg Clark as the Government scrambles for assurances over the 3,400 people that work at Vauxhall’s plants at Ellesmere Port and Luton.

Speaking after the meeting, McCluskey said Tavares was ‘very pro-union’ and talked about ‘not being here to shut plants’.

‘The discussions I have had with Carlos Tavares have been very open and relatively positive,’ he said.

‘I am pleased about some of the assurances that we have been given about honouring existing agreements and that means products in Ellesmere Port and Luton, although there are still a lot of issues and technical discussions to take place.

‘He was very pro-union and he talked about not being here to shut plants, that is not his nature.

‘Since he has been CEO of Peugeot, he has not shut a single plant, so I am going to take him at face value and hope I am not disappointed.’

On Brexit, the Unite boss said he discussed the issue with Tavares, as he continues to do so with other manufacturing companies across the UK.

‘It did come up, but it is on the basis of not quite knowing what will happen. We need to be ready and prepared to respond to what happens as it unfolds.’

On SuperUnleaded.com: Here’s McLaren’s Next Supercar On Track