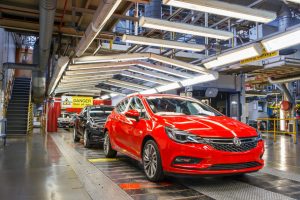 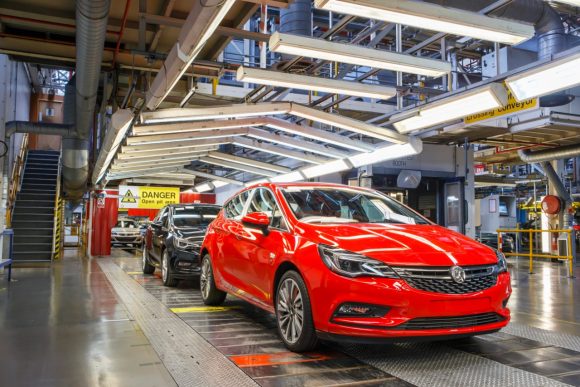 THE owner of Vauxhall is racing to offload the carmaker to Peugeot before the prestigious Geneva Motor Show next month, as speculation grows that production of the Astra could be shifted to France as part of the deal.

Car Dealer understands via the Press Association that General Motors (GM) and PSA Group are eager to ink a deal within the next two weeks to prevent the proposed tie-up overshadowing their presence at the industry showcase in Switzerland.

It comes amid fresh concerns over the future of Vauxhall’s UK workforce, with analysts predicting the deal will spark the closure of the Ellesmere Port plant and see manufacturing of the Astra moved to France.

Around 1,900 staff manufacture the Vauxhall Astra at Ellesmere Port and a further 1,500 people produce the Vauxhall Vivaro van in Luton.

‘Given the massive overlap of the two businesses, there should be no illusion as to what will need to happen in order to make a business combination work,’ the analysts said.

‘It’s about hard restructuring in Germany, the UK and in Spain, resulting in 5,000 manufacturing job cuts.

‘Instead of continuing production in Ellesmere Port, we would not be surprised if PSA moved Astra production to the Sochaux plant in France.’

PSA chief executive Carlos Tavares is expected to outline the firm’s proposals in talks with Prime Minister Theresa May this week.

The Peugeot boss is also set to meet the leader of Britain’s biggest union, Unite, to discuss the situation.

Speaking at the annual conference of the EEF manufacturers’ organisation, Business Secretary Greg Clark said it was right that the Government was ‘active and engaged’ with the companies given the importance of Vauxhall to the UK.

He said he had held already discussions with General Motors and PSA and that talks were continuing.

MORE: Comment: Could Vauxhall kill off the Peugeot brand?

On SuperUnleaded.com: Bull Runs Riot Around New York After Escaping From Abattoir