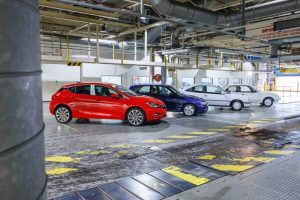 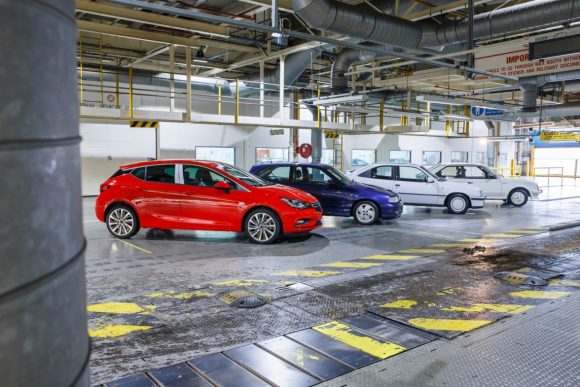 VAUXHALL’S brand and ‘committed workforce’ are highly valued, Business Secretary Greg Clark has been told during crunch talks in Paris over the future of thousands of British production jobs.

The minister travelled to the French capital yesterday to meet French industry minister Christophe Sirugue and board members of PSA Group, which is in talks to acquire General Motors’ loss-making European operation.

The deal would include Vauxhall, which has plants at Ellesmere Port and Luton employing around 3,500 staff.

Clark said: ‘I had constructive meetings in Paris with both my French counterpart, the industry minister, and executives of PSA Group, in which they explained the rationale behind this potential alliance.

‘They stressed that they valued highly the enduring strength of the Vauxhall brand, underpinned by its committed workforce. While discussions are still ongoing, they made clear to me that in any deal these were strengths they would wish to build on.

‘We agreed to remain in close contact during the period ahead.’

GM said it would put Vauxhall in the ‘strongest possible position for the future’ after attending talks with the Government and unions at Westminster on Thursday.

McCluskey said he had received ‘no assurances at the moment’ over Vauxhall’s workforce, but believes ‘concrete proposals are imminent’.

However, Clark struck a more positive note, saying the GM talks had been ‘constructive’ and he was reassured that the plants would not be ‘rationalised’.

Unite is also seeking a meeting with PSA Group to discuss the proposed deal which would see Vauxhall and Opel shift to the French government-backed automotive giant.

The tie-up would cause GM to exit the UK and Europe, while transforming PSA Group into Europe’s second-largest car maker with a 16 per cent share of the market.

He told BBC Radio Four’s Today programme: ‘There is a new element of course which is uncertainty over Britain’s participation in the single market and the customs union.

‘If you are the new owners – Peugeot – you are going to be extremely worried about what will happen when Brexit occurs.’

On SuperUnleaded.com: Helicopter Pilot Lands On Road To Ask Pilot For Directions