Home > News > Our Used Car Award has really helped us! 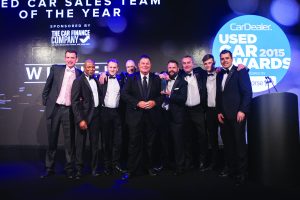 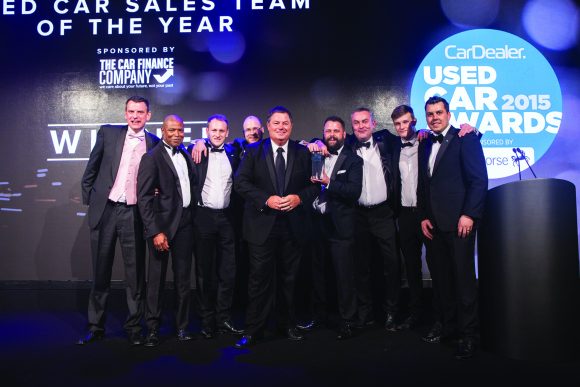 Our Used Car Award has really helped us!

WITH this year’s Used Car Awards getting nearer and nearer, we’ve been catching up with some of last year’s winners to see how important the event is to them.

Derbyshire-based Caralot was named Used Car Sales Team of the Year at the 2015 awards, and sales administrator Lucy Newhouse told us: ‘It was fantastic. It has really helped the company and we use it a lot with our social media.’

This year’s event, which takes place on Monday, November 28, is once again being held at the fabulous venue that is The Brewery in London, with TV’s Mike Brewer hosting and handing out the awards.

Newhouse said of last year’s bash: ‘It was really good to get out and socialise and meet other people that do the same thing as us.’

Now in its fifth year, the event has become THE awards for the used car industry, with winning dealers and sponsors proud to shout about their success – and keen to have a party as well!

Once again, the Used Car Awards will gather together the best of the best in the used car industry so that an often-overlooked part of the automotive scene in the UK can enjoy some well-deserved praise and recognition.

Make no mistake – winning a Used Car Award is a big thing. The awards are the gold standard that celebrate and recognise all the different areas of this vital backbone of the motor industry. From the smaller independents to the larger groups, every dealer who has an involvement with the used car business can take part.

If you missed out on last year’s event – and if you did, you missed something really special – don’t delay in entering for the 2016 Used Car Awards. It’s quick, simple and FREE to nominate someone – or yourself – for a Used Car Award.

With more than 20 categories covering all areas of the used car trade, you’re bound to fit in somewhere. And who knows? You could be celebrating with us at The Brewery in November. It’s the perfect opportunity to launch the festive season in fine style!

MORE: YOU could be a winner in this year’s Used Car Awards – here are the categories you can enter

MORE: Get nominating for the 2016 Used Car Awards!

On SuperUnleaded.com: Porsche Cayman GT4 Wiped Out On Nürburgring