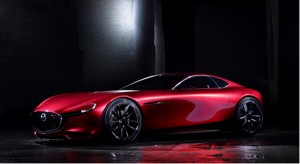 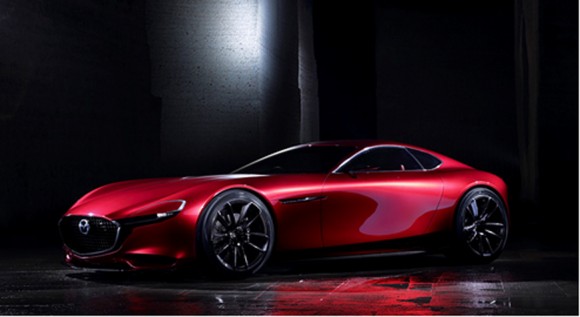 MAZDA has unveiled a new sports car concept at the Tokyo Motor Show: the RX-Vision.

The concept is powered by a next-generation Skyactiv-R rotary engine and is described as ‘an exquisitely proportioned front-engine, rear-wheel drive model’.

Rotary engines are unique in that they generate power through the rotational motion of triangular rotors (unlike the reciprocating pistons in conventional automotive engines). Overcoming many technical difficulties, Mazda succeeded in commercialising rotary power, first in the Mazda Cosmo Sport 110S in 1967 and then in several other models.

What’s more, Mazda was the only company to ever win the 24 Hours of Le Mans with a rotary-powered race car, a feat it managed in 1991 in the Mazda 787B.

Mazda president and CEO Masamichi Kogai said: ‘I look forward to talking with you more about this vision we revealed here today at the Mazda stand. Mazda will continue to take on new challenges.’

MORE: New role created after massive growth of Mitsubishi in the UK

MORE: ‘Outstanding Q30 will help Infiniti reach all corners of the globe’

On SuperUnleaded.com: VW scandal: How are the manufacturer’s dealers coping?