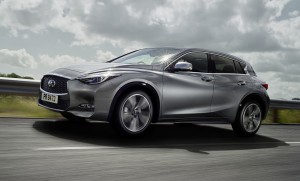 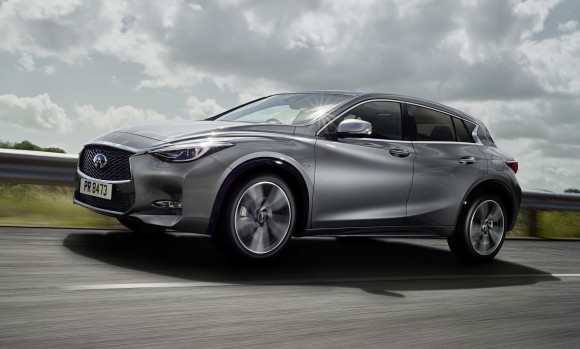 ‘Outstanding Q30 will help Infiniti reach all corners of the globe’

SMALL but perfectly formed – that’s how the UK’s Infiniti network might best be described. But although modest in scale, the brand has plenty to look forward to at the moment.

The reason, of course, is the imminent arrival of the British-built Q30, the manufacturer’s challenger car in the competitive C-segment. The phrase ‘game-changer’ is a rather over-used one in the car world but in the case of Q30 – described as ‘a new type of premium vehicle for a new type of customer’ – it would seem to be justified.

We caught up with Carl Bayliss, Infiniti’s country manager for the UK, who told us: ‘The opportunities in the UK alone provided by the Q30 exist on so many levels.

‘We’ve spent £250 million in Sunderland and created 300 new jobs – and strengthened our relationships with Daimler and the Renault-Nissan alliance.

‘Our development is sprouting from the UK and going to all corners of the globe really, so this car is really turning a corner for us.’

Asked what he admired most about new Q30, Bayliss told us: ‘Look at its outstanding design.

‘I could point to many characteristics but the striking design of the interior and exterior sets it apart from other available products out there at the moment. The C segment is a particularly strong segment globally, as well as within the UK. There is plenty of opportunity for choice for the customer and Infiniti is delivering a credible alternative. The driving dynamics of the car are something to behold.’

We happened to be speaking to Bayliss on quite a significant day for Infiniti. He told us: ‘Our centre managers are in Sunderland today test-driving the car. The excitement is palpable at our centres across the UK.

‘Following the Q50, and the Q70 as well, we’re really developing momentum from the perspective of both private and business customers. Whenever that happens, dealers are always going to be on the front foot.

‘And where we have a nice, snug, petite dealer network of 10 centres strategically placed across the UK, our cars are garnering a lot of interest from our other investors into the brand so for us, that’s a positive step forward.’

With such a small network to utilise, it’s perhaps no surprise that Bayliss and his team place a lot of importance on Infiniti’s online presence. ‘This year, we launched a new web platform which took us to another level,’ he told us.

MORE: VW scandal: How are the manufacturer’s dealers coping?

On SuperUnleaded.com: 150mph Blow-Out Will Make You Want To Check Your Tyres