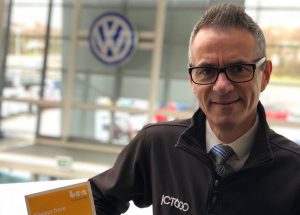 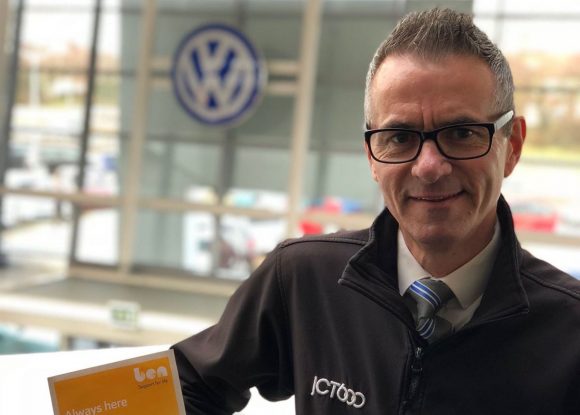 Volkswagen Sheffield employee takes on the London Marathon for Ben

A SERVICE advisor at JCT600’s Volkswagen Sheffield dealership is set to take on the London Marathon on 22 April.

David Hancock will be taking on the challenging 26-mile run in aid of motor trade charity Ben, who he turned to when a serious back injury in October 2016 left him struggling physically and financially, which in turn caused stress, depression and anxiety.

At last December’s Ben Ball event, a short film on Hancock’s story was shown. That night, he announced his intention to train for the London Marathon.

Hancock will run the event to give something back to the charity, which he spoke to on the advice of the head of HR at work.

In the video, Hancock said: ‘You want to curl up in a ball and shut the world away, and not knowing how to deal with any aspect of life. All of a sudden you realise that things are a lot more serious and you need to do something about it.’

‘You feel that you can’t really open up to a member of your family or friends. You can only do that to somebody who will actually listen, understand and look at putting a plan forward.’

‘I really don’t know where I’d be if it wasn’t for those guys.’

Donations to Hancock’s London Marathon efforts can be made here.

On Workshop Magazine: JOB OF THE WEEK: Vehicle technician in Cambridge